The Elusive Satanists of Abney Park 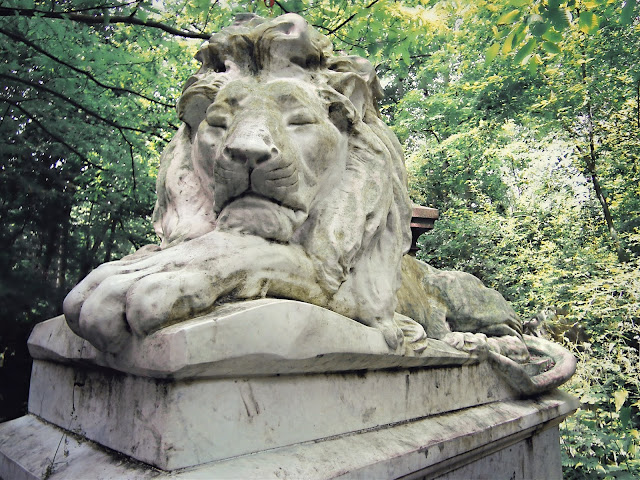 “It’s used a lot by Satanists” says Iain Sinclair, London’s foremost psychogeographer, as we approach a menacingly derelict church.  “Stoke Newington’s an epic centre of black magic. You can see the symbol of the eye in the triangle on the wall there. A lot of bodies have been dug out of graves, it’s a fake gothic church that has been overwhelmed by a gothic reality.”

Over the years Abney Park has acquired a murky reputation though for most people it’s not Iain Sinclair’s Satanists that they find troubling. Rustykey on tripadvisor says “very disappointed to find out that this beautiful place is actually a dangerous and unsafe area. Lots of homeless, weird and dangerous people...Wouldn't recommend to go in there alone.” Colin P from Chelmsford whose father, amongst other relatives, is buried at Abney, is a bit more explicit about what the weird and dangerous people get up to and, after complaining that the lush undergrowth makes it difficult to access graves, tells us “Unfortunately my mother is now refusing to come to the Cemetery to visit my father’s grave, due to the amount of men having sex openly with each other!”  I have spent many dozens of hours in the cemetery since I first went there in the early 90’s and I have never seen men openly having sex. In my experience they always retire discreetly into the bushes with nothing more to give them away than a little shaking in the shrubbery.  I don’t think I have ever seen a Satanist either but unless they were kitted out in full regalia like the cast of ‘The Devil Rides Out’ I don’t think I could tell the difference between a demon worshipper and your average Methodist or Anabaptist. The cemetery’s reputation has travelled far; tru_echo, a female photographer from the States who specialises in taking pictures of abandoned buildings in Detroit (327 homicides in 2020 in a city of 3.5 million) worries on the Fodor website about coming to London (126 murders in 2020 for a population of 9 million) and in particular about visiting Abney Park which she would love to photograph; ‘I've read everything from it being a safe place where families hang out to reports of satanic rituals taking place at night (recently, and I've seen some photographic evidence of this, including a decapitated pigs head left on a trail) and at least one person being attacked.’ Helpful locals assure her that the cemetery is safe and that reports of black magic are greatly exaggerated but whether she believed them or not I don’t know. 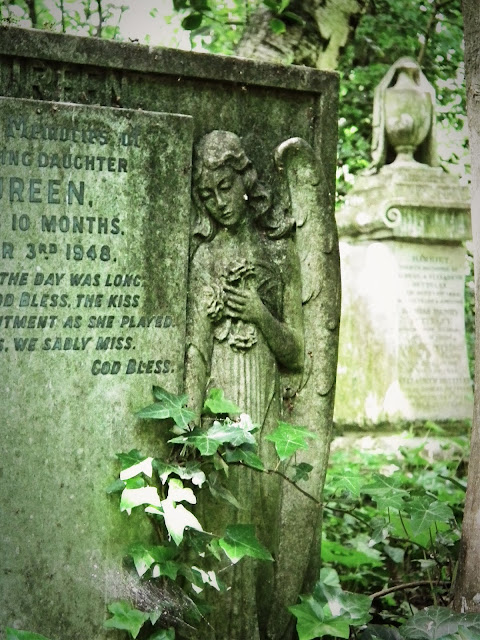 In a 2010 article in the now defunct Pen Pusher magazine Hackney author Jeremy Worman wrote of the Chapel; “There used to be occult symbols – a pentagram, an ankh, an upside-down image of Christ on the Cross – painted on to the church. On a bench outside the chapel was the inscription: ‘Do What Thou Wilt is the Whole of the Law’, a quote from Aleister Crowley, the most evil of magicians. In the eighties there were articles in the local press about satanists and witches holding ceremonies here (I gather there is still a group of black magicians practising their craft in the locality). These inscriptions have now been removed. Yet to stand here at night is to sense a force that is frightening.” I can imagine that standing by the chapel at night, in the pitch black (there is no lighting in the cemetery!) knowing that you are stuck there until someone opens the gates in the morning would be quite frightening. I am not convinced that the sensation would be anything to do with occult forces though. When the Victorian Society listed the cemetery chapel as one of the countries most endangered 19th century buildings in 2014, it rather sensibly put down the rumours of Satanism to overactive imaginations “over the years the site became overgrown and the chapel suffered severe vandalism,” it said, “even the chapel’s catacombs’ contents were scattered leading to rumours of black magic.” 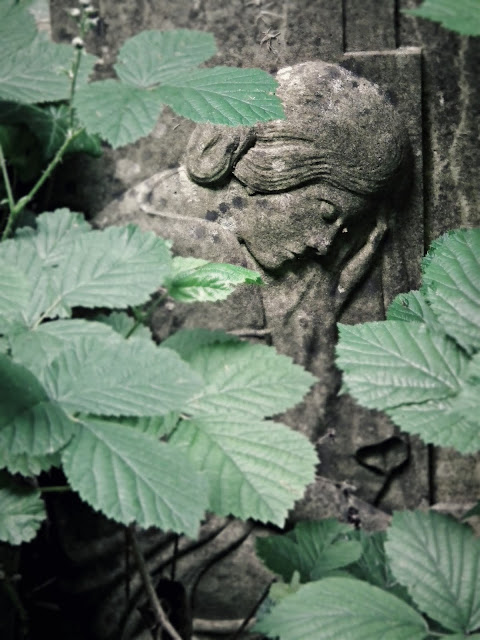 I diligently followed up Jeremy Worman’s assertion that the local press featured stories of black magic and witchcraft in the cemetery but was unable to locate any of these old articles. The nearest I came was a short piece in the Reading Evening Post in May 1986 which raises more questions than it answers:

SKULL CASE REMAND A sex change woman has been remanded by magistrates for allegedly taking a skull from a cemetery which was discovered by a man rotavating his garden at Sparsholt near Wantage. Unemployed Vivienne West, aged 26, of St Stephen's Gardens, Bayswater, was accused of removing part of a corpse from Abney Park Cemetery at Stoke Newington in March. She was remanded on unconditional bail until June 5 by magistrates at Highbury Court.

How did the skull end up in Wantage? And how did they know that 26-year-old Vivienne West had taken it from Abney Park? Vivienne sounds an intriguing character but I haven’t been able to find out anything else about her. 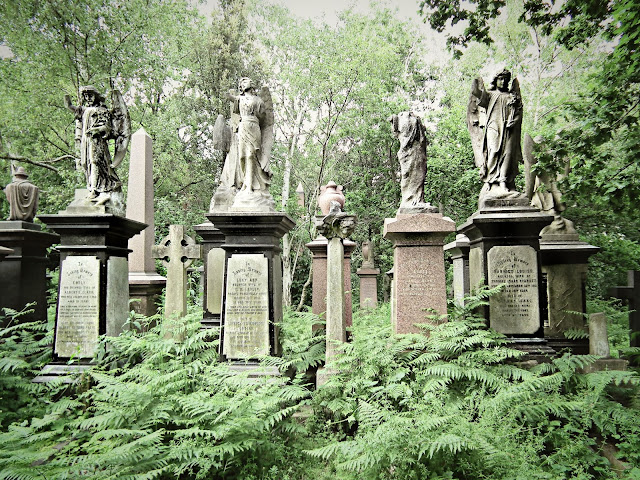 Searching for the elusive Satanists of Abney Park I did come across one truly horrific story from the 1980’s. On the morning of 11 August 1985 14-year-old Keighley Barton took the family Alsatian Rex for a walk on Wanstead Flats. All 11.30 the agitated dog returned alone to the family home in Sebert Road, Forest Gate; Keighley had disappeared. Her stepfather, Ronald William Barton, was convicted of her murder in October 1986 despite her body never having been found. Barton was a serial sex offender whose underage girls as his victims. In 1980 he had been convicted of two acts of gross indecency with his eight-year-old stepdaughter; amazingly he was given a 12-month suspended sentence and allowed back into the family home.  He was rearrested in 1982 accused once again of sexual abusing Keighley but because she refused to testify the case was dropped. Only in 1985 did Keighley’s mother find the will to throw Barton out of the house and keep him out with a court injunction.  Barton took revenge on his estranged wife by abducting and murdering Keighley. Whilst on remand he told fellow prisoners that he had disposed of her body by putting it in the boot of an old car and getting the vehicle crushed for scrap. Following his conviction he told the prison governor that he had dumped the teenagers corpse in Abney Park Cemetery. It took a two-week search for the police to finally locate the decomposed remains. The Daily Mirror of 19 February 1987 reported on Keighley’s inquest:

Murdered schoolgirl Keighley Barton was stabbed 11 times by her stepfather as she fought for her life, an inquest heard yesterday. The 14-year-old received five chest and six arm wounds, in the frenzied attack, said pathologist Dr Peter Vanezis. He examined Keighley's body after it was found in undergrowth where it had lain undiscovered for 14 months. A verdict of unlawful killing was returned at Poplar Coroner's Court in East London—and the funeral next Wednesday will end 18 months of anguish for Keighley's mother, Teresa Barton. Keighley vanished in August 1985. Stepfather Ronald Barton, 46, joined in the searches—but he had killed her to cover up sex offences against her and in revenge for Keighley's mother splitting with him. He was finally arrested, and jailed for life last October. The next day he told the governor of Wandsworth Jail in London that he had hidden the body in 32-acre Abney Park cemetery in North London. After a two-week search Keighley's decayed remains were finally found under a jungle of bushes. Det Supt Charles Farquhar, who led the hunt for Keighley, said yesterday: "It is very sad--but at least the family now have peace of mind and can bury her decently."