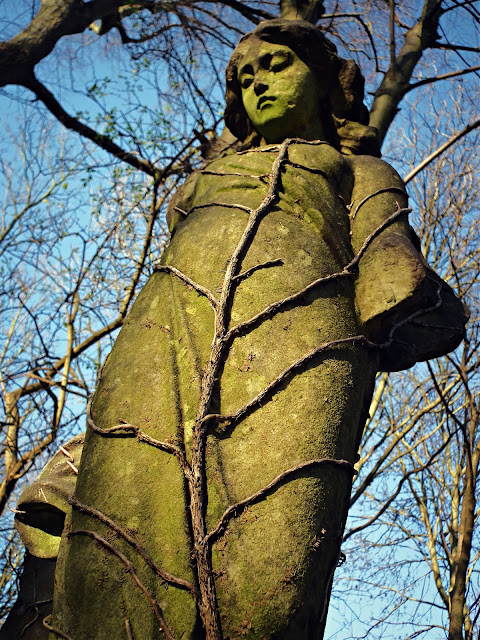 Tower Hamlets Cemetery hit the headlines last summer when a 50-year-old gay man, Ranjith ‘Roy’ Kankanamalage, was found dead with serious head injuries on the morning of 16 August. Whilst not in the same league as Abney Park, the cemetery is a well-known cruising spot and the police are working on the theory that Roy was killed in a homophobic attack. Despite two arrests no one has been charged with the murder. The reasons that make a location a good cruising ground - seclusion, rampant undergrowth, lack of CCTV cameras - also make them dangerous in the event of an attack and hinder investigations into crimes committed there. When Marcus Barnett, the Police Commander of Hackney and Tower Hamlets made a public appeal for information earlier this week there was an air of desperation about it, “I am firmly of the belief that there is somebody, somewhere in London or outside of London now, that was there and knows something or has some information,” he said, “They would've heard of a name. If they have something, however big or small that may be, that would help us move our inquiry forward to find the people or person responsible and to get justice for Roy and his family and friends.” No doubt adding to its frisson, and its dangers, cruising in the cemetery takes place at night – unlike other cemeteries Tower Hamlets never closes its gates and is accessible 24 hours a day. 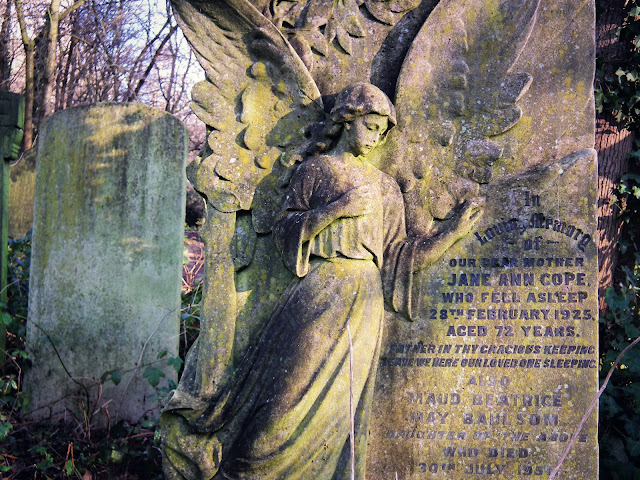 The City of London and Tower Hamlets Cemetery Company opened the cemetery in 1841. It was the last of the magnificent seven to open for business and its location, in the poor and overcrowded East End inevitably destined it to have a rather different character from the other joint stock company cemeteries.  None of this would have been evident when the cemetery was consecrated by the Bishop of London on the 4th September. The Morning Post reported that even “though the weather was exceedingly unfavourable, owing to the heavy and unintermitting rains, the attendance” at the consecration “was numerous and respectable” and included the Lord Mayor of London, Sir John Pirie, a shipbroker who also happened to be a major shareholder in the cemetery company (he displayed some reluctance to mix company with his East End customers though, choosing to be buried in West Norwood when he died in 1851).  When the soggy Bishop concluded the ceremony of consecration by pronouncing the apostolic benediction the waterlogged company separated, according to the Morning Post “the largest portion of them adjourning to a neighbouring marquee, in which a cold collation was provided. The number of persons who sat down to the collation were about two hundred, among whom were a great number of fashionably dressed ladies.” The newspaper adds that “the first interment took place on Saturday afternoon, very shortly after the ceremony of consecration had taken place.” 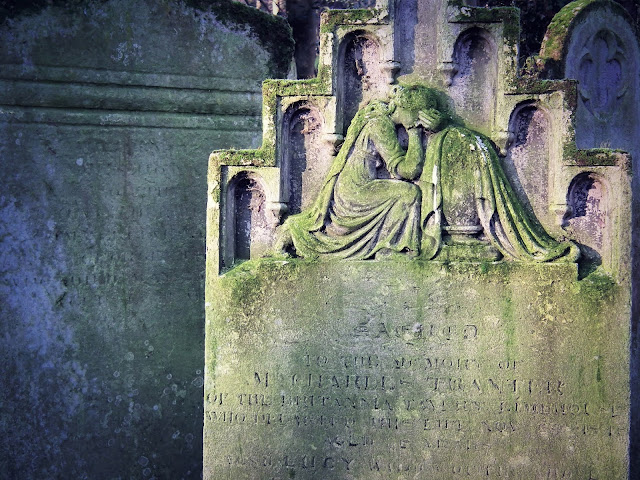 That first burial, which took place close to the main entrance gate, was of 61-year-old Walter Gray of Alfred Street in Bow. His grave was paid for by his widow Sarah; £3 3 shillings for a 6 ½ foot by 2 ½ foot grave plot which according to the burial register was dug to a depth of 9 feet.  The following year a journalist from the British Statesman paid a visit to the “lately-opened place of sepulture …situated a short way beyond the Mile-end gate, on the road leading to Bow” and wrote admiringly of the “spreading field destined for the long repose of its sleepers.”  They singled out the grave of Walter Gray and “admired the carefully tended flowers that grew upon its summit, we saw that sufficient space had been left around it for the occupancy of all the generation. The grave was that of an old man, sixty-one, and the beauty and elegance of the manner in which it is kept, the wallflower blooming in all its prodigality of loveliness,” and noted that “the violet and the pink, the carnation and the rose, vies with each other in proclaiming the attendance which some loving mourner gave to the spot.” They noted the bucolic charms of the former cabbage fields:

The ground commands a bold view of Shooter's and Greenwich hills, which appear as if borne up by the spiral masts of the crowded shipping in the docks, while the tall trees seen from every quarter wave in graceful and silent adoration of the place. The soft and balmy air played gently over our heads, while ever and anon a rich and healthy breeze swept by among the thick clover grass which occupies the unappropriated ground. Here might be seen "A populous solitude of bees and birds;" while now and then a vagrant butterfly pursued its changeful way, as if it was denied all place of rest. 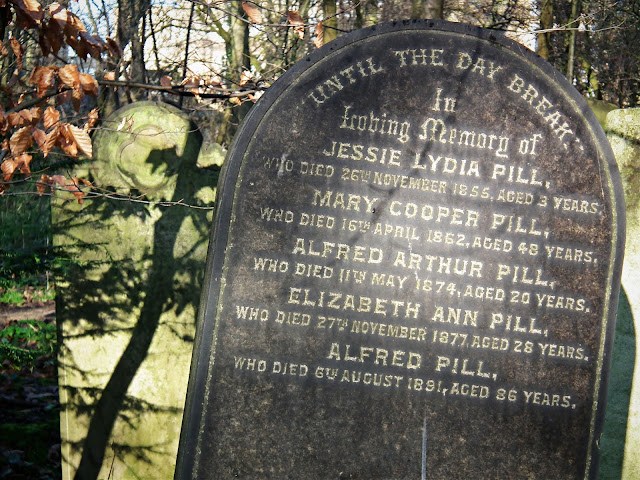 Walter Gray’s widow Sarah never seems to have joined him in his grave but he didn’t stay there alone for ever. In 1863 he was joined by 60-year-old Mary Oliver and then, over the course of the following 12 years by a clutch of children, the offspring of William and Mary Pomphrett of 68 Broad Street in Ratcliff (Stepney); 16-month-old Alfred in 1864, 21-month-old Charles Henry Pomphrett in 1868, 3-year-old Frederick Edward in 1869 and 4-year-old Frederick Alfred in 1875. It is difficult to imagine how 6 coffins managed to fit in a grave that was only 9 feet deep.  As well as overfilling graves the company was accused of allowing the cemetery to become run down, what Ian Nairn described as “man and nature having combined to produce a macabre case of statutory overcrowding…” Correspondence to the editor of Tower Hamlets Independent and East End Local Advertiser in August 1882 described a visit to the cemetery; “I very much regret to state some parts of the cemetery more resemble a wilderness than any place I could suggest. Fragments of tombstones here and there are to be seen strewn about the path. Not only this but the whole paraphernalia of a grave. A little further on. too. numerous dead cats and dogs presented themselves to the visitors notice…” A different correspondent in June the same year took exception to what he considered to be blatant untruths in the Cemetery Clerk’s report to the board. The clerk stated, he said, that a complaint had been received “that there was only three inches of earth between certain coffins in certain graves on a certain day. I myself have seen a child's grave a layer of earth so thin upon a tier of three coffins that I could plainly see the blue and white coffins through it, and it was then ready for the neat tier, though I cannot now particularise the grave.” He goes on to say that the clerk says that there should be a depth of nine or ten inches between coffins in common graves and that he had been backed up by the cemetery foreman and his assistant who both averred that they had never known an instance when this rule was not adhered to. “Now it would well to know how long the foreman and his assistant have held office,” retorted the correspondent “for if they, following their daily calling of digging graves and filling them in, never remember an instance of failure in the depth of earth between the coffins, I, who seldom go to the Cemetery, ‘do know an instance.' As a parent it was my painful duty to bury in the Tower Hamlets Cemetery two full-grown daughters, requiring full-sized graves. They were both buried in one grave, and I, as in duty bound. paid for two graves; but, so far as nine or ten inches, or even three inches of earth between them, the Company or their servants did not give much as ‘dust to dust and ashes to ashes’ between the coffins. So then I paid for two bottoms and only got one, and that one did not hide the coffin underneath.” 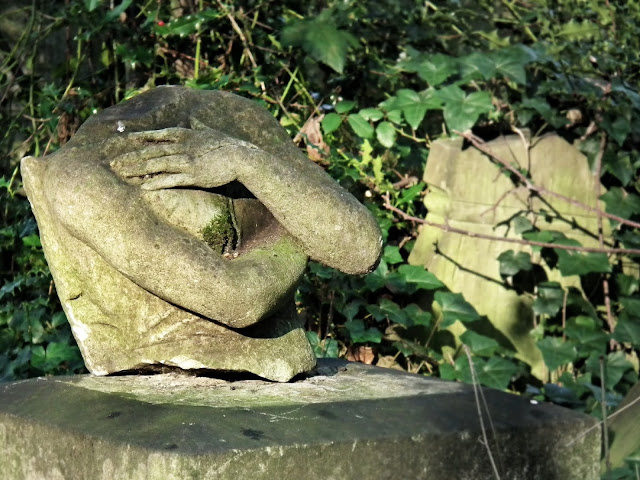 On Monday 2ndd June 1890 the Hackney and Kingsland Gazette ran the following story about overcrowding at the cemetery:

The over-crowding of some of the London cemeteries not a new subject by any means, but it has just been revived the instance of the Church of England Burial Reform Association at a meeting held a few evenings ago at the Oxford Hall, in Bethnal Green. Some startling disclosures were made, mainly based upon the Parliamentary return issued last year, from which it appears that 247,000 bodies are buried in 17 acres, of the 85 acres of the Tower Hamlets Cemetery, the first interment in which took place only 50 years ago, and that the average grave is 7 feet by 3 feet, and in each grave 8 adults or 14 children are interred, each coffin being covered and surrounded with one foot of earth, with only average of 4 feet above the topmost coffin. Statistics as to other London cemeteries show that 109,000 bodies are buried at Lambeth, 80,000 at Paddington, 73,000 Norwood, 65,000 at Nunhead, 56,000 at Kensal Green, 76,000 at Highgate, 50,000 at Deptford, 135,000 at Brompton, and lessor numbers in other cemeteries. One of the speakers denounced the pit system of burial, by which not fewer than 70 corpses were piled in one huge grave; and another speaker stated that about eight years ago a committee found that at the Tower Hamlets Cemetery 83 children were buried in a grave or trench 6 feet 6 inches by 2 feet 6 inches. This led to Order in Council limiting the number to be buried in one grave, but there was reason to believe that the regulation was evaded. It is only fair to state that the Secretary of the Tower Hamlets Cemetery Company wrote to the meeting, to the effect that the burial of large number of young children in one grave took place many years ago, but that the Order in Council prohibiting the burial of more than a fixed number in one grave had been strictly complied with.

The cemetery was bought by the Greater London Council in 1966 for £100,000 and finally closed for burials. The total number of interments is now estimated to be around 350,000. 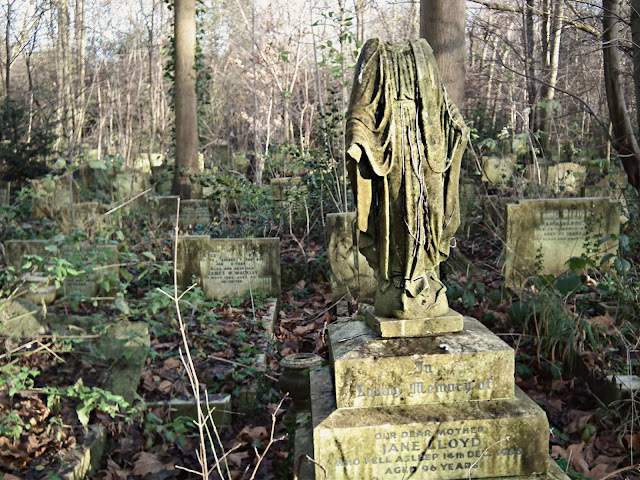 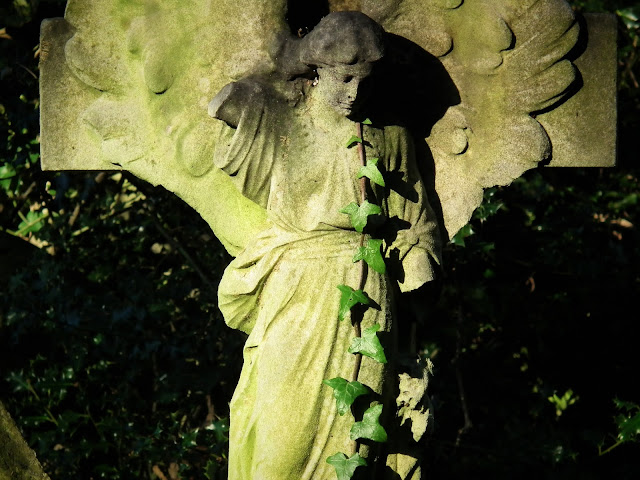 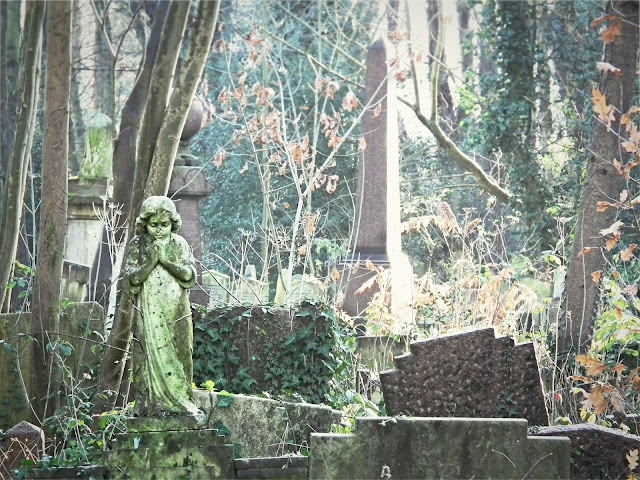