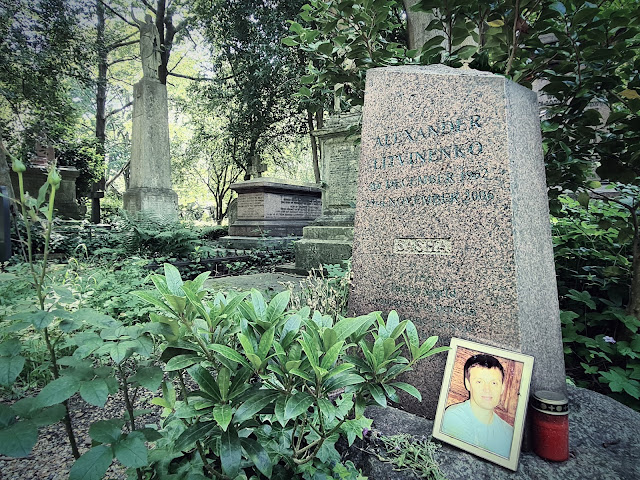 Alexander Litvinenko’s grave at Highgate Cemetery is impossible to miss as it lies in the middle of the of the path less than a hundred metres from the main entrance. You almost have to walk around it to make you way into the cemetery.  On 21st September last year The European Court of Human Rights ruled that The Russian Federation was responsible for the former Russian security officer’s murder by poisoning in 2006. Russia made no attempt to clear itself of the accusation of assassinating Litvinenko and the court pronounced that it “considers that adverse inferences may be drawn from the respondent state’s refusal to disclose any documents relating to the domestic investigation. Noting the government’s failure to displace the prima facie evidence of state involvement, the court cannot but conclude that Mr Litvinenko was poisoned by Mr Lugovoi and Mr Kovtun acting as agents of the respondent state. The act complained of is attributable to that state.” It awarded Litvinenko’s widow Marina, who had brought the case, €100,000 in damages and €25,000 in costs.  Marina’s reaction to the ruling was that “It has taken 15 years to establish conclusively that Vladimir Putin murdered my husband, and to hold Russia accountable for its actions in an international court. I would like to hope that Sasha’s death, and the quest for justice that has dominated my life since then, have not been in vain. This ruling should make a turning point in the appeasement of Putin.”  The ECHR’s judgement did not provide the turning point Marina Litvinenko was hoping for in the West’s craven attitude to Russian aggression. At the time Russia was still a member of the Council for Europe (“the continent's leading human rights organisation” according to its own website), having joined in 1996.  Nearly two decades of ignoring Vladimir Putin’s flagrant disregard of human rights finally came to an end on 3rd March this year when the Council suspended Russia’s membership following the invasion of Ukraine. Former Russian President Dmitry Medvedev, realising that every cloud has a silver lining, said Russia’s suspension from the Council was a “good opportunity” for it to reinstate the death penalty.  On the 15th March Russia casually announced that it was initiating a withdrawal procedure and gave notice that it wished to remove itself from the Council on 31st December 2022 anyway. The Council responded the same day by terminating their membership with immediate effect. 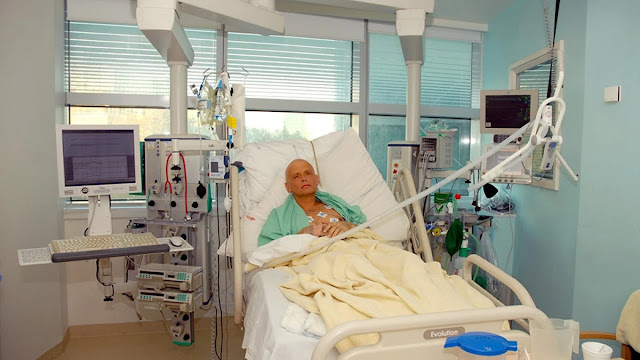 Often referred to as a spy Alexander Litvinenko was in fact a senior officer of the Russian Federal Security Service who specialised in organised crime. In 1994 he met Boris Berezovsky when he took part in the official investigation of an assassination attempt on the Oligarch. It was Berezovsky who introduced Litvinenko to Vladimir Putin at a time the businessman was supporting Putin’s bid to become Boris Yeltsin’s successor. The meeting did not go well and Litvinenko was discouraged by Putin’s total disinterest in the evidence of corruption within the FSB that he had amassed. When Berezovsky accused Putin of being behind the plot to kill him Litvinenko was drawn into the fray, on the losing side, and was eventually dismissed from his job and found himself under investigation on charges of corruption. In 2000 he fled to Turkey with his family and claimed asylum at the US embassy. When this was refused, he bought a one-way airline ticket to Moscow from Istanbul, via Heathrow, and claimed asylum at his stopover destination. This time his application was accepted and he eventually became a UK national. He wrote two books about Russian involvement with state sponsored terrorism and supported his patron Berezovsky’s campaign against Vladimir Putin. The Russian state silenced him in 2006 when two of their agents, Dmitri Kovtun and Andrei Lugovoi poisoned his tea at a meeting in the Pine Bar of the Millennium Hotel in Mayfair. The two Russians left a trail of radioactive Polonium-210 all over London and had to be treated themselves for radioactive poisoning when they returned post haste to Moscow after the meeting. Lugovoi later became (and still is) a member of the Duma, the Russian parliament. The accusations of murder have done little to hamper his career in Russia, in fact they seem to enhanced it. In 2008 he told El Pais, the Spanish newspaper “in the interests of the state, those who cause serious harm to the government should be destroyed” and he later became a presenter at Zvezda, a TV channel owned by the Ministry of Defense, where he presented a programme called ‘Traitors’ about Soviet defectors; the programmes strapline – ‘each traitor will have an inglorious end.’ 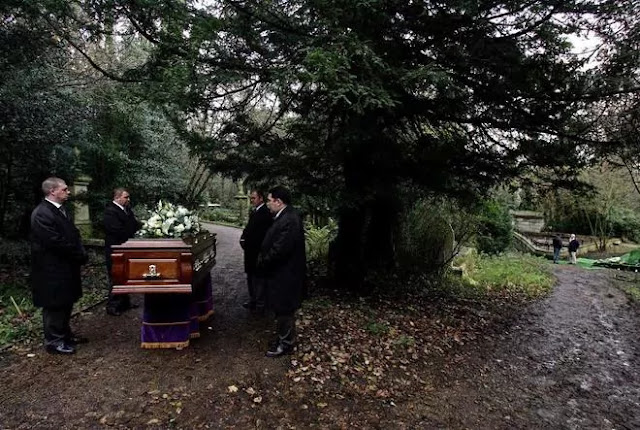 The Guardian reported on Litvinenko’s funeral under the headline ‘Confusion envelops Litvinenko even as he goes to the grave’ (08 December 2006);

Alexander Litvinenko's funeral, like his death, was a mixture of mystery and confusion. As his body was laid to rest in the same north London cemetery where Karl Marx lies buried, there was an argument between mourners as to whether the ceremony should be non-denominational or Muslim and a disagreement about whether he had really converted to Islam.

In London the stormy day started with a ceremony at Regent's Park mosque attended by the dead man's father, Valter, as well as the Chechen exile leader, Akhmed Zakayev, Russian dissident Vladimir Bukovsky, and a few others. Camera crews and photographers were each charged £250 to attend the brief midday prayer session, which was also attended by around 300 regular worshippers, some of whom were left bemused by the media attention.

While some of Mr Litvinenko's associates claim he converted to Islam shortly before his death, others expressed scepticism. Valter Litvinenko, who has said that he understood his son had converted, said after the ceremony: "I would like to thank all of my son's brothers in faith for gathering for him today." Mr Bukovsky said that the dead man had not been religious but wanted to be buried on Chechnyan soil because he was ashamed of Russia. He then accused the British government of "appeasement" in their dealings with Russia over the death and described Vladimir Putin as a "vampire".

Mr Litvinenko's family had asked for the former KGB agent's coffin to be brought into the prayer hall, but concerns about the potential for radiation being emitted from his body meant they were refused, and instead held a small prayer ceremony without the coffin.

The mourners travelled to Highgate cemetery where they were joined by around 50 others for a service that was non-denominational at the request of his widow, Marina, who attended with the couple's son, Anatoly, 12. Both Mr Litvinenko's parents and his first wife, Natalia, attended. Other mourners included his friend Alex Goldfarb; the exiled Russian billionaire Boris Berezovsky; the film-maker Andrei Nekrasov; and Lord Rea, patron and director of the Save Chechnya campaign. After the airtight coffin had been lowered into the grave by six pallbearers, and Valter Litvinenko had read a eulogy, proceedings were interrupted by an imam performing Muslim rites.

After the service Mr Goldfarb said: "It was supposed to be a non-religious, non-denominational ceremony, according to the wishes of the widow. Unfortunately, some people appeared and against the explicit wishes of the widow performed Muslim rites over the funeral. We had a choice to turn it into an unseemly situation but Marina asked us to respect the memory of Alexander and let these people do what they did. Let God be their judge ... I do not know what Alexander wanted. Akhmed (Zakayev) believes that he converted to Islam on his deathbed, but I have strong reservations."