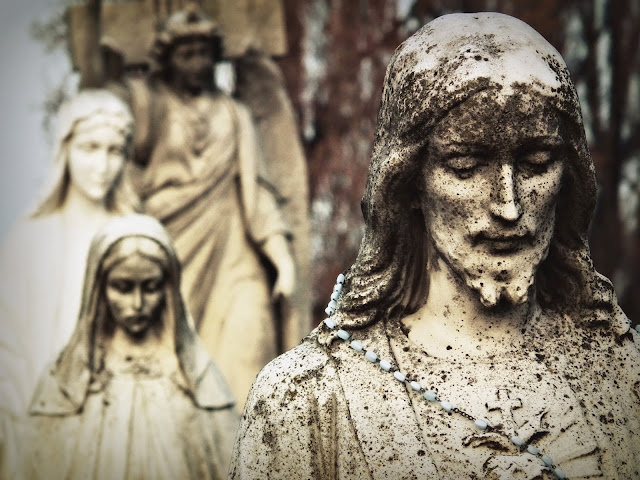 “A scruffy closely packed cemetery sited on the edge of the Central Line. Few trees and the lack of coherent landscaping contribute to its desolate appearance. It was opened to cope with the nineteenth century population explosion in Hackney which increased from 18,000 in 1861 to 125,000 in 1875. The tombstone names indicate the Roman Catholic status of the cemetery, most are Irish, Italian, and Polish. 168,000 burials have been recorded and to cater for the continuing demand the land is being reclaimed by adding a six feet deep layer of earth over old graves.”
Meller & Parsons – “London Cemeteries.”

It was opened in 1868 and is one of only two Roman Catholic cemeteries in London (the other being a sister cemetery in West London, St Mary’s, Kensal Green).  Buried somewhere here are Mary Jane Kelly, one of the Ripper's victims, Timothy Evans who was convicted and hanged for the murders at 10 Rillington Place but subsequently pardoned when the real murderer was discovered to be John Christie, and four of the five nuns who were killed in the wreck of the Deutschland in 1875.
On 31 May 1896 Lloyds Weekly Newspaper reported on the funeral of the three children of an Irish dock worker, Patrick Sullivan, killed by smoke at a house fire in Aldgate.

“Yesterday the three little girls who were suffocated at 4, Little Somerset Street, AIdgate, were buried at the Roman Catholic cemetery at Leytonstone. The children were named as Katherine Sullivan, aged six; Johanna, aged three, and Ada Mary, aged one year and six months. A representative of Lloyd's saw the bodies in their coffins, and beyond a discolouration over the upper lip of the eldest child there were no indications of violent death. There was a profusion of flowers in the humble room, the gifts of neighbours, and Mrs. Brown, the florist of Globe-road, Mile-end, sent three beautiful floral crosses, with a kind note to Mrs. Sullivan. Each coffin lid, in addition to the name of deceased, had a raised white metal cross. For some time be- fore the procession started both Little Somerset - street and Mansel - street, alike exceedingly narrow, were blocked with spectators. The coffins were laid on an open car, and the flowers piled on its roof. Two coaches followed containing parents and relatives. The cortege reached Leytonstone without incident. At the cemetery the chaplain met the bodies, which were carried into the pretty little chapel, and at the altar and afterwards at the grave went through the Office for the Dead. There was a large assembly at the cemetery.”
﻿
In 1895, in an incident similar to a better known one at Kensal Green Cemetery, 38 year old Joseph Dennis, an undertaker's assistant “dropped dead in the Roman Catholic cemetery at Leyton, on Thursday last, whilst carrying a corpse to the grave. Lawrence Doyle stated that he was one of the mourners at the funeral. The deceased was one of the bearers, and had gone some yards towards the grave when witness saw him give a lurch and become unsteady. Witness rushed forward just in time to prevent the coffin falling, as the deceased fell forward on the gravel. The medical evidence showed that death was due to sadden failure of the heart.” 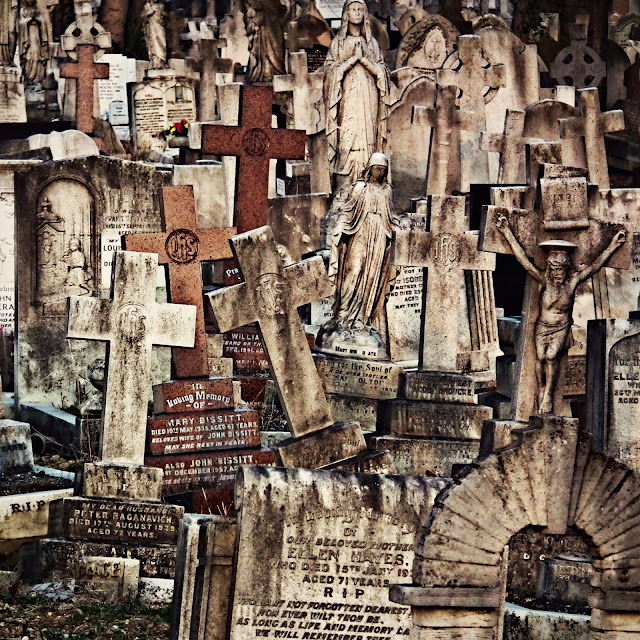 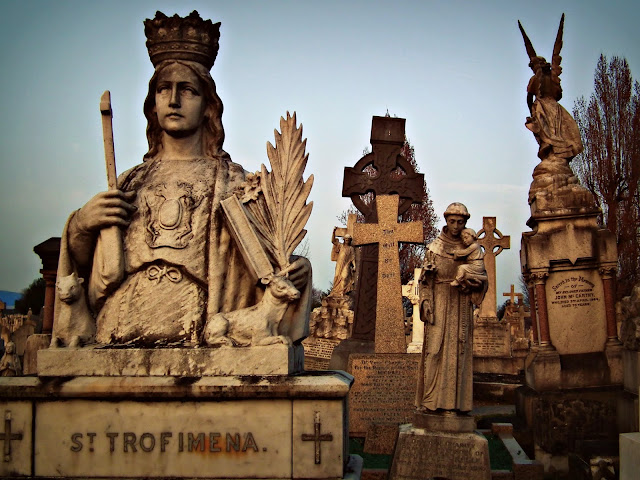 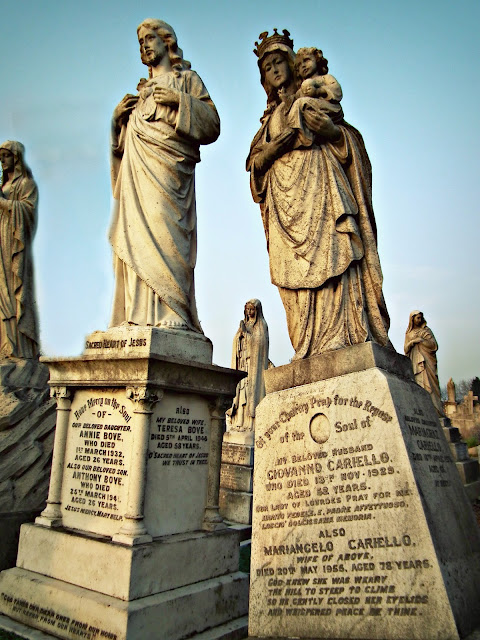 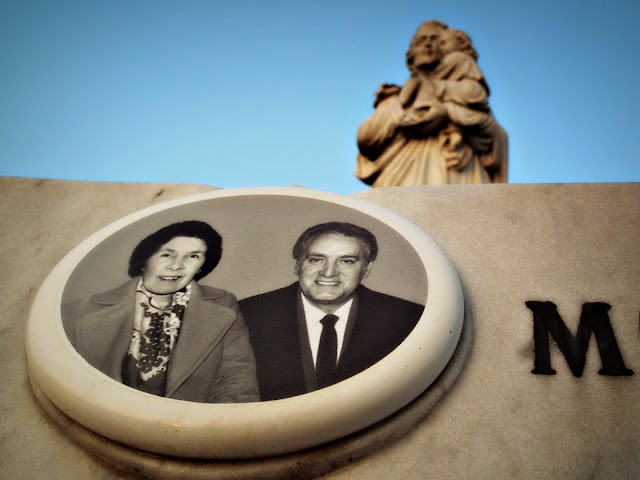