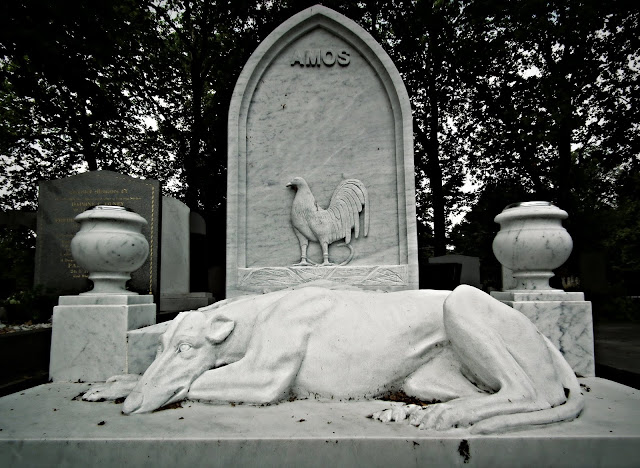 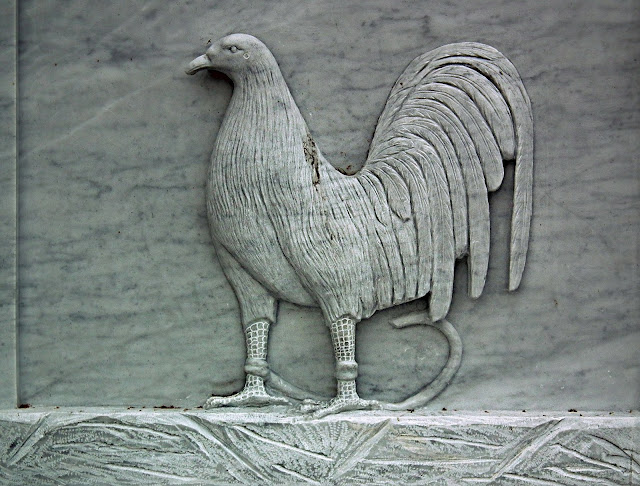 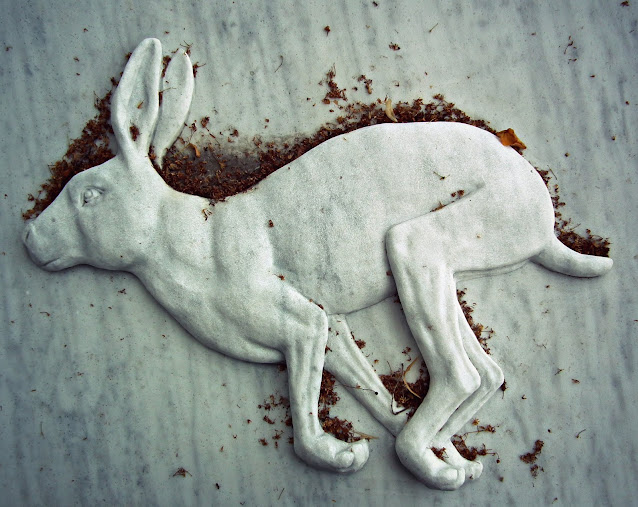 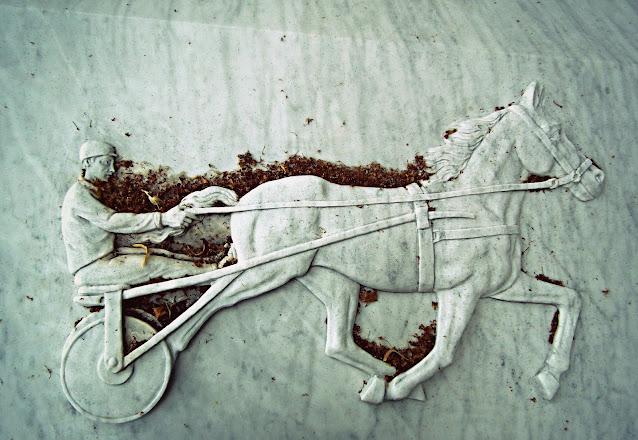 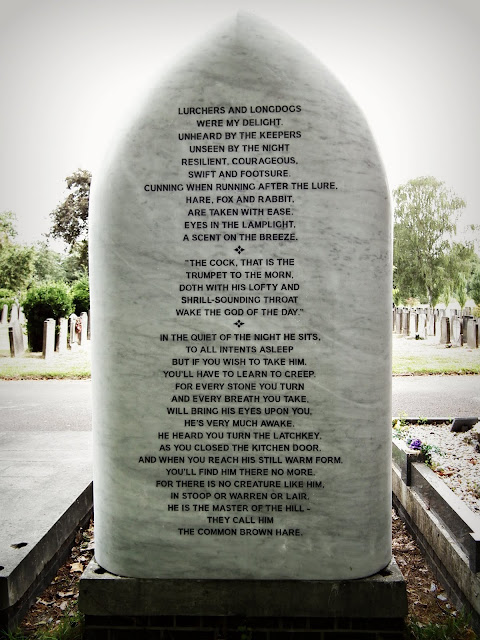 Posted by David Bingham at 03:17 No comments: 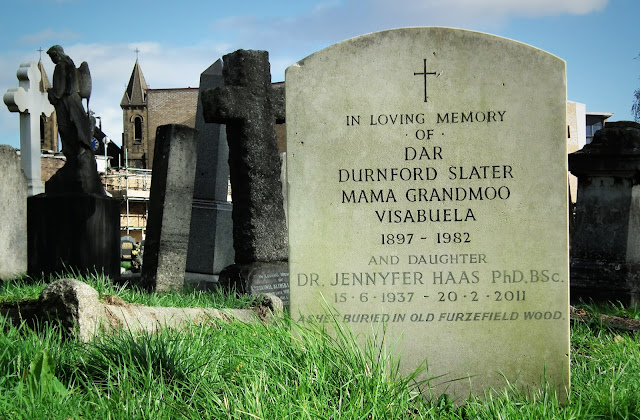 The memorial of Dar Durnford Slater, who was born in 1897 and died in 1982 is rather plain, tastefully lettered to be sure but very unshowy. It is a solidly middle-class tombstone and on it Dar is described as mama, grandmoo and visabuela.  It was a mixture of the unusual first name and the Spanish word for grandmother that attracted my attention and made me wonder if I could find out a little more about who was buried here and whether there was an Iberian or South American connection.

Dar Durnford Slater was born in Bayswater in July 1897 to George Samuel Ferdinando and his wife Lilian Mabel (nee Duke). She was baptised with the doubly unglamourous forenames Gladys Ethel on 18 July 1898 when the family were living at 29 Grove End Road in St. John’s Wood in what would probably have been a substantial family house (since demolished). Her father’s occupation is variously listed as surveyor and estate agent but whatever he did, he was evidently very successful at it as by 1911 the family were living at Shiprods Manor in the village of Slinfold near Horsham in Sussex. George and Mabel had 5 children living with them in the manor and 6 servants including a cook, a parlourmaid, two housemaids, an under housemaid, a kitchen maid and a 19-year-old chauffeur.  The family name is unusual being a corruption of Ferdinand or possibly Fernandes. Her father appeared as a witness in a libel case in January 1917 brought by a German national, a Mr Maximilian Lindlar, who took the editor and publishers of the journal ‘The Pianomaker’ to court for accusing him of using expressions unfriendly to England and of taking steps, after the Services club had entered into possession of the German Athenaeum club, to oust British officers from the premises. George Ferdinando appeared as a witness to the defence and proudly told the judge that his family settled in England between the sixteenth and seventeenth centuries. The earliest Ferdinando ancestors seem to have been Portuguese Marranos who settled in England in the mid-17th century. This distant relationship seems to have been Dar’s closest connection to Iberia. 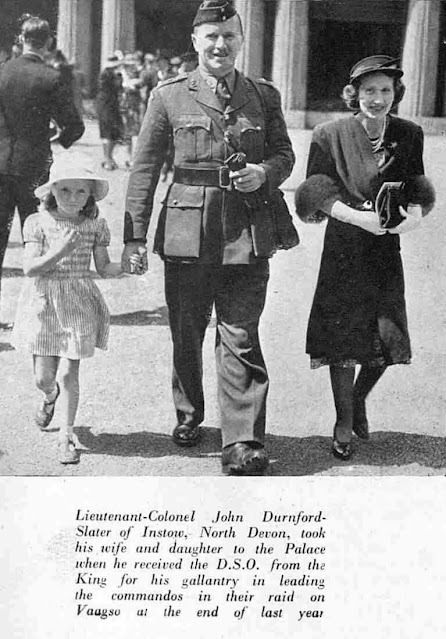 After the end of the first world war Gladys Ethel married Alan Farquharson, a man 22 years her senior, probably in Jamaica. The marriage lasted only a short time as Farquharson died in 1922 leaving her a widow at just 25. She married again in 1935, once again in the colonies but this time in India, in Bombay. This time her husband John Durnford Slater, a British army officer, was 12 years younger than her, a callow 26 to her 38.  Her husband became something of a celebrity in World War II when he became the first British commando, appointed as the Lieutenant Colonel of No 3 Commando.  Officering commando units was a more hands-on role than senior army positions usually are and Durnford Slater took part in several raids and did his fair share of strangling German guards with piano wire on moonless nights in Norway. He was awarded the Distinguished Service Order for his part in Operation Archery, a raid on the Lofoten Islands and the port of Vaagso where the attack "lost five out of six officers, & nearly 40% of their effective [strength]" and was in danger of collapsing until he personally stepped into the breach under heavy fire and took control. A photograph of Durnford Slater collecting his DSO from Buckingham Palace appeared in The Tatler in July 1942 and shows him with Dar and his daughter Jennifer. He received a bar to his DSO (effectively meaning he was awarded two DSO’s) for Operation Husky in Italy where he and his men held a bridge against the Germans despite being outgunned and outnumbered. His citation said that he showed a ‘complete disregard for [his own] personal safety’ during the operation, something his men apparently found inspirational. There is a further photograph of him collecting this award in 1944, again with Dar and a slightly older Jennifer.

After the war Durnford Slater went into the reserves and became a bursar at Bedford School. He died in 1972 in mysterious circumstances at Haywards Heath station according to The People of Sunday 06 February;

Brigadier John Durnford Slater, Britain's first Commando in World War I, was killed yesterday when he fell under the Brighton Belle train at Haywards Heath station, Sussex. Brigadier Slater, 63, who lived in Brighton. was waiting on the platform when the train went through at 60 m.p.h. Awarded the D.S.O. in 1942 for bravery in Norway. He wrote a book, "Commando" about his war exploits.

If there was an inquest (and there surely was) it seems not to have been reported in the papers. If this had been a tragic accident then again you would expect this to have been mentioned in the reports. It is very difficult not to conclude that the war hero committed suicide. Probate records show that he left a very small estate of just £1504. Dar would have been 75 at the time of her husband’s death. If she was living in Brighton with him she must have moved back to London otherwise, why would she be buried in Kensal Green? 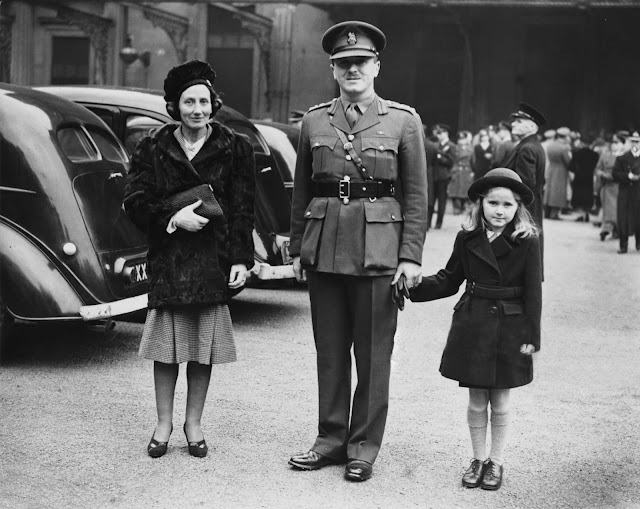 Posted by David Bingham at 10:05 No comments: 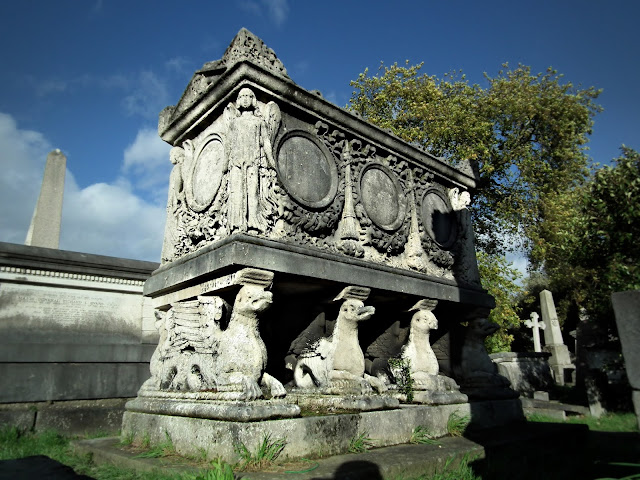 “Personally I have no bone to pick with graveyards, I take the air there willingly, perhaps more willingly than elsewhere, when take the air I must.  The smell of corpses, distinctly perceptible under those of grass and humus mingled, I do not find unpleasant, a trifle on the sweet side perhaps, a trifle heady, but how in­finitely preferable to what the living emit, their feet, teeth, armpits, arses, sticky foreskins and frustrated ovules. And when my father’s remains join in, however modestly, I can almost shed a tear. The living wash in vain, in vain perfume themselves, they stink. Yes, as a place for an outing, when out I must, leave me my graveyards and keep—you—to your public parks and beauty-spots. My sandwich, my banana, taste sweeter when I’m sitting on a tomb, and when the time comes to piss again, as it so often does, I have my pick. Or I wander, hands clasped behind my back, among the slabs, the flat, the leaning and the upright, culling the inscriptions. Of these I never weary, there are always three or four of such drollery that I have to hold on to the cross, or the stele, or the angel, so as not to fall.”

He had a vivid way with words, dearly departed Samuel Beckett, doyen of the shabby, the slovenly and the threadbare; a frowsy tang wafts from the page as you leaf through one of his books. By modern standards I imagine the general population in 1946 did not smell particularly fresh. But however stale and sweaty they were they surely smelled better than the dead? Hot running water, showers, toothpaste, dentistry, deodorant and changing underwear have all become much more common than they were 75 years ago and most of us now are relatively inoffensive, olfactorily speaking. I do think I know what he means about the slightly sweet smell of a corpse though; occasionally I do get a waft of it in cemeteries but having said that I’ve never been sure that I am not imagining it. 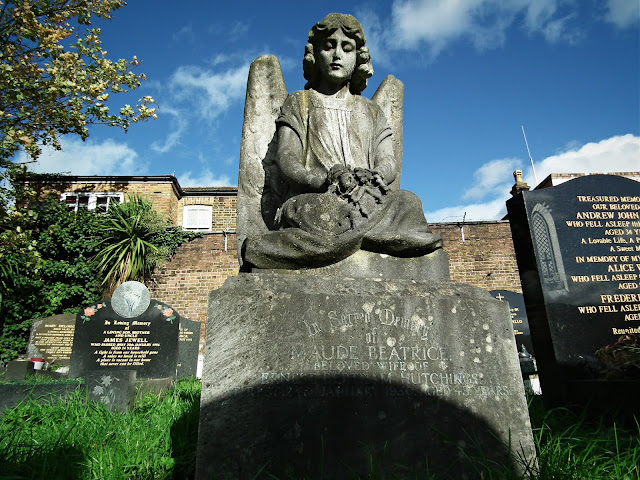 First thing this morning my phone flashed up a One Drive notification, ‘On this day…’, reminding me that last year, on this day, the second of November, I had been taking photographs in Kensal Green Cemetery. I had spent the weekend in Norwich, a last fling before yet another lockdown which had been announced by Boris Johnson on the Saturday just as we were getting ready to leave our hotel on Tombland (surely the best street name in England?) and go out to find something to eat. Despite the brand new lockdown I had a legitimate, work related, reason to be out and about on Monday. I had to visit a property in North Wembley but once I’d finished Kensal Green was only a minor detour on the way home. It was beautiful, crisp, sunny autumn day and I had the cemetery to myself.  I took my first photo of the day, at the cemetery gate on Harrow Road at 13:19 and my last at 14:37, so I was there for just over an hour.  I took nearly seventy pictures so one a minute almost. These were the best shots on what was a flying visit. 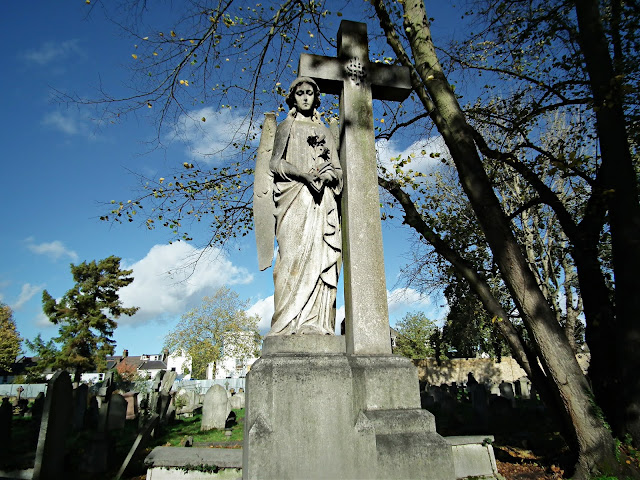 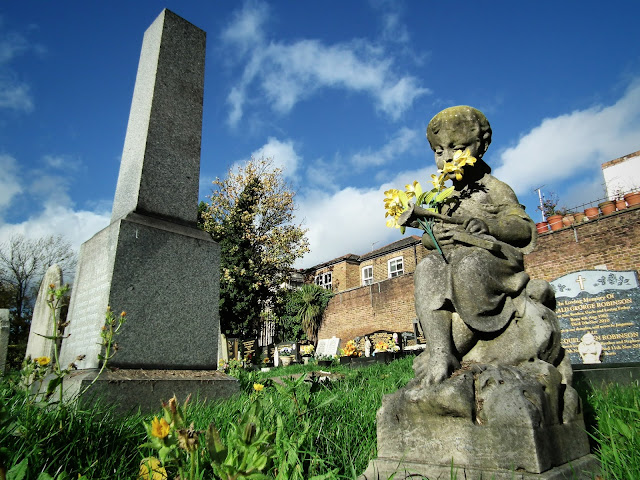 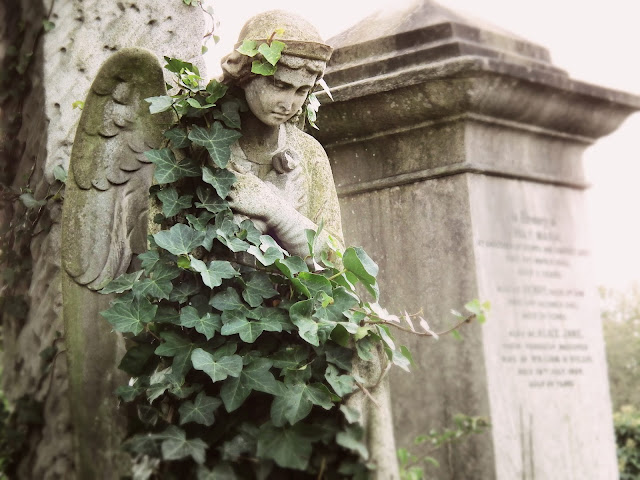 Posted by David Bingham at 11:11 No comments: