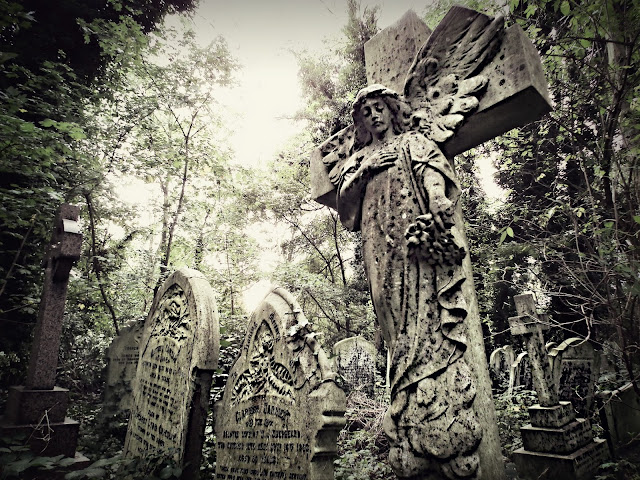 The Venezuelan electronica and hip hop musician Alejandro Ghersi, better known by his stage name Arca, lives in Hackney and found at least some of the inspiration for his latest album, according to the Guardian earlier this year, in Abney Park. He enthused about the cemetery’s ecosystem to the interviewer; “they don’t chop down a tree there if it dies,” he says “they just leave it to rot, which allows for different fungus and plants and insects to thrive there, so there’s that poetry of death being allowed around death and the organic textures of decomposition that are much more beautiful than any other kind of texture.” The cemetery’s other big attraction for the 27 year old is the gay cruising scene. He explained to the Guardian, “most of the men that cruise at Abney Park are older, from a different generation, before you could hook up with apps. It’s just so beautiful, looking someone in the eye. I have such beautiful interactions with all kinds of men that I would never meet normally, if I wasn’t there all the time.” When Alejandro is locked in an embrace with a beguiling stranger, in the undergrowth, losing himself in the poetry of sex and death, he likes to imagine that the cemetery’s occupants look on approvingly. After all Abney Park is a non conformist cemetery “where outcasts and misfits have been buried for hundreds of years” he says. English is a tricky language always waiting to trap the unwary non native speaker. Abney Park’s non conformists are not the outcasts, misfits, and outsiders Alejandro imagines; they are the Methodists, Baptists, and Salvationists whose most outrageous acts of rebellion were not to join the established Church of England. The inhabitants were probably far more pious and conventional than the average person buried at any of the other magnificent 7 cemeteries. Every other grave seems to belong to a dissenting minister, a lay preacher, missionary or philanthropist. The cemeteries most celebrated burial is the founder of the Salvation Army. No one buried there is smiling kindly at grown men engaging in sexual activity with other men in the bushes. If it were physically possible to turn in ones grave the non conformists of Abney Park would be rotating like rotisserie chickens at the shenanigans that go on above ground.  In truth the cruising these days is so discreet as to be barely noticeable and the cemetery’s once louche atmosphere has mellowed considerably. In the early nineties it could be quite an alarming place with not only the cruising but the drug taking and street drinking brigades also out in force.
Stoke Newington still had a village atmosphere when the cemetery opened in 1840 in the grounds of Abney House, once the home of the former Lord Mayor of London Sir Thomas Abney. The area was revered by dissenters because of its connections to Dr Isaac Watts the poet and hymn writer.  Watts attended the Dissenting Academy in Stoke Newington and then after a short break away to live and work in London, returned to live there for the rest of his life, first in the house of the Hartopp family in Church Street where he worked as a tutor and then at Abney House to keep Sir Thomas’ widow company when her husband died. A small platform of stamped earth with a headless classical statue in the most distant corner of the cemetery remains dedicated to him; a plaque claims it was the “favourite retirement of the late Isaac Watts”.  With its strong dissenting tradition and its location on what was then the outskirts of London, Abney Park seemed the ideal site to found a non denominational cemetery when it became clear that Bunhill Fields was finally filled to capacity. It was opened by the Abney Park Cemetery Company under the auspices of the London Missionary Society in 1840. The park already had a famous arboretum and the new owners, inspired by Mount Auburn cemetery in Massachusetts, commissioned George Loddiges, a Hackney nurseryman, to lay out and plant the cemetery to increase the number of plant species on display. 2500 shrubs and trees were planted and carefully arranged around the perimeter of the cemetery in alphabetical order starting with an Acer (a maple tree) and finishing with a Zanthoxylum (the American Toothache Tree). The owners hoped the cemetery would prove to be an educational attraction as well as a popular burial site.  By the 1880’s the company shed its association with religious dissent and became a purely commercial organisation operating not only Abney Park but sister cemeteries at Chingford Mount and Hendon Park.

My favourite new story about Abney Park was reported in the Aberdeen Evening Express in 1885 under the headline Startling Discovery at a Grave:

On the twelfth inst. an infant, aged three months, whose parents live at Hillside Road, Stamford Hill, London, was seized with convulsions, to which it apparently succumbed. The body was conveyed to Abney Park Cemetery on Saturday for interment. While the coffin was being lowered, however, a child's cry was heard and then another, and the coffin was drawn up again. On being opened the infant was found to be alive. It was taken home, and is now recovering.
A gorgeous motor-car used by a firm for advertising purposes, decked with a driver and a footman in gold laced uniforms, was speeding along Stoke Newington Road on Tuesday afternoon when the machinery suddenly gave a sharp crack and broke down. The liveried attendants were obliged to descend from the vehicle and push it slowly along from behind. A number of cabmen in the neighbourhood promptly entered into the humour of the situation, and formed themselves into a procession, one of them performing an imitation of a Dead March on an old trumpet which he had picked up somewhere. Abney Park Cemetery was not far distant. The spectacle afforded much amusement to many observers.
Reynolds's Newspaper - Sunday 03 January 1897


Influenza is still very prevalent in Hackney, Stoke Newington, Islington, and South Hornsey, and it is remarked that doctors and undertakers are the busiest men in the district, The latter, in many instances, are working night and day. During last week the staff of grave diggers at Abney park Cemetery were further increased, and the number of funerals which daily pass along Stoke Newington road  is simply enormous when the fact that the cemetery is a private one is considered. On Saturday Coroner Macdonald was informed of a sad case of suicide. The wife of Edward Smith, aged 61, was carried off by the prevailing epidemic about a week ago.  This so preyed on Smith's mind that on Wednesday he cut his throat with a razor.  He was removed to the German Hospital, and died on Friday.
Bristol Mercury - Monday 01 February 1892 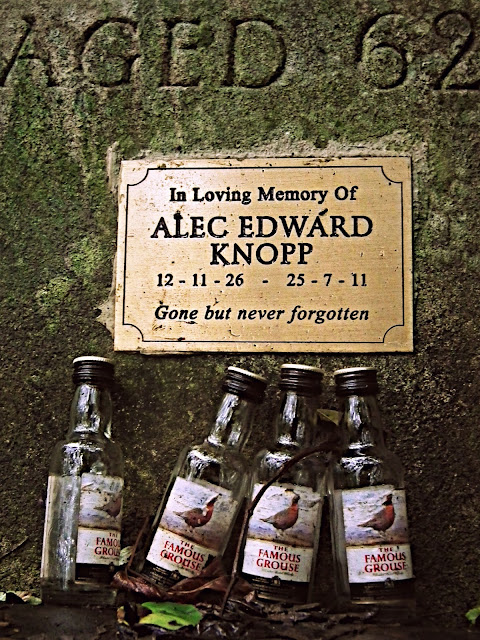 An Interesting case of Longevity:  On Tuesday last the mortal remains of the late Mary Hillum, the oldest inhabitant of Stoke Newington, were committed to the grave in Abney Park Cemetery. The Rev. Jobn Jefferson, the venerable minister of Abney, Park Chapel, of which the late Miss Hillum was a mem bar, officiated, and the event brought together a large concourse of the inhabitants of the village. After reading the portions of Scripture usually selected for funeral services, the Rev. John Jefferson made a brief address on the personal history and character of the deceased. He described her to be a person of pure and simple tastes, and unaffected manners, known in the village for her good sense and earnest piety years before a large proportion of his present hearers were born. By the kind providence of God she had been spared to see her 100th year; she was, in fact, 105 years of age in February last. Hers had been a useful but not an eventful life. The house at the corner of Albion-road, in which she resided, was the only home she ever had in this world. She was born there, and there she died, and during upwards of a century-indeed, from the day of her birth to the day of her death, she had never once slept out of that house. Her journeyings to and fro in times gone by were limited to Enfield on the north, and the Elephant and Castle on the south; and in the days when she was in the full activity of life, the suburbs of London wore very different aspects to those they wear now. To the remarkable changes which had taken place during the past 25 or 30 years she was a stranger; and, as might be expected, what little she learnt by reading of the changes that were taking place only served to engender in her mind a distaste for all modern improvements.
North Wales Chronicle - Saturday 08 October 1864 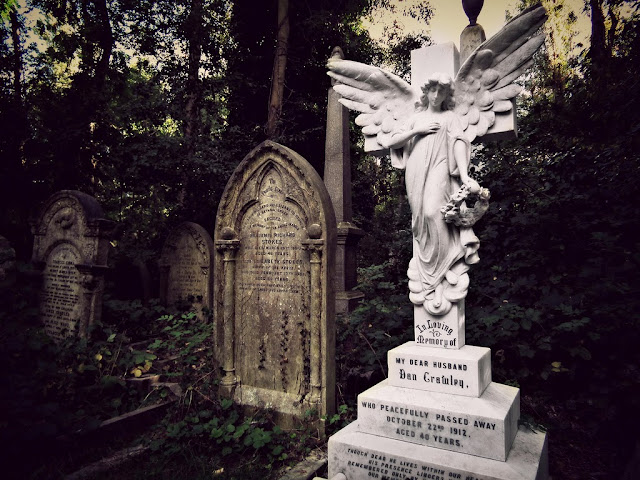