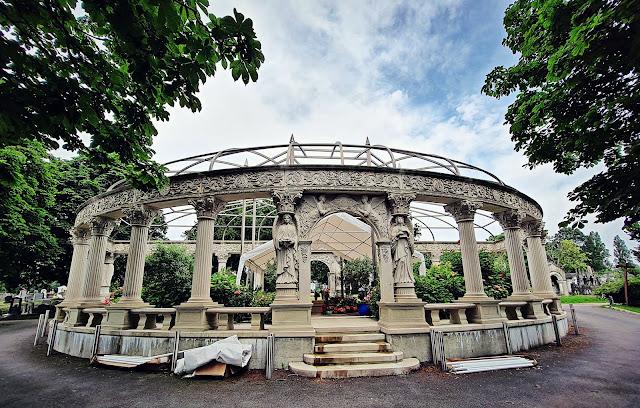 When an 86-foot-long half circle of Corinthian columns, suddenly appeared in Kensal Green a few years ago I was slightly puzzled to see such a large new structure in the cemetery and assumed it was a memorial garden for the crematorium. Only one memorial ever appeared inside it, a life-sized statue of a boy who according to the inscription had died shortly after his eleventh birthday in 2014 but it still never crossed my mind that this enormous structure was a single grave memorial until I read ‘A Tomb with A View’ by Peter Ross. Kensal Green is the most exclusive and therefore the most expensive cemetery in the UK.  A 6’6” x 2’6” standard burial plot in a path side location costs a hefty £22,000; that is £1375 per square foot (plus £1550 for the excavation by mechanical digger). I don’t know the total area of the Medi Garden, as it is officially known, but it must be at least 3000 square feet. I have no idea either what the General Cemetery Company charged for the ground but if the rate was the equivalent of its grave fees, it would have cost millions. The memorial itself was built by Sino Sculpture using 350 tonnes of granite, 150 tonnes of steel and 200 tons of concrete. It is decorated with angels holding torches, books and flowers. 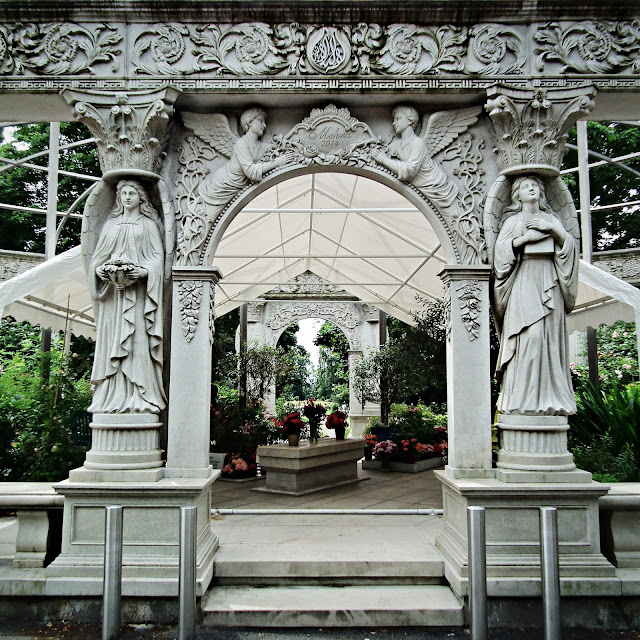 There is no other monument on this scale in any UK cemetery. The price tag for the memorial reflects the enormous grief of Iranian businessman Mehdi Mehra and his wife Mary-Ann Bowring at the loss of their 11-year-old son Medi Oliver Mehra who died in a horse-riding accident in 2014. The Hampstead & Highgate Express of April 15 2015 carried the story of the inquest:

An 11-year-old Hampstead schoolboy died of severe head injuries after hitting a tree in a horse riding accident, a coroner has ruled. University College School (UCS) pupil Medi Mehra died on July 15 last year after he fell off a horse and hit his head at a polo club in Oxfordshire. He died at the scene despite wearing a riding helmet. Medi, of Maida Vale, lost control of the horse he was riding without stirrups when it cantered while he was also controlling another horse on a rope, known as leading. Oxfordshire coroner Darren Salter ruled his death was an accident, and said: “It was apparent Medi was a relative beginner in terms of riding ability. I do think there was a significant increase in the risk by having Medi leading a horse with no stirrups.” 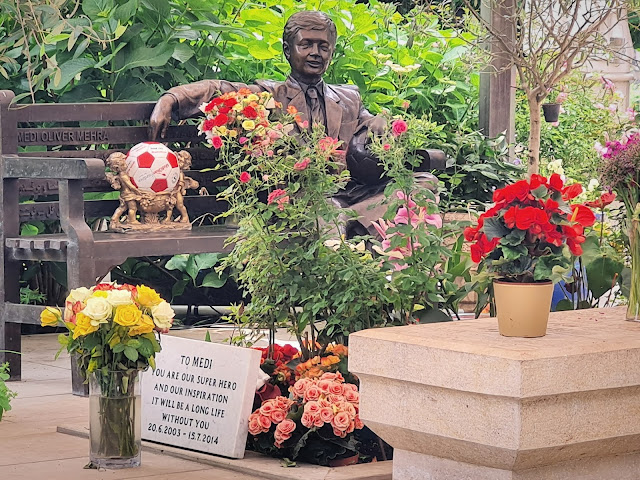 The court heard that Medi’s father, Mehdi Mehra, asked friend and professional polo player Pedro Harrison to look after Medi and have him work in the stables at the club for a few days. Mr Harrison’s groom William Newman was the only adult with Medi when he died. He was riding one horse and leading four others at the time. Mr Newman told Oxfordshire Coroner’s Court: “Medi seemed quite confident on a horse, he seemed happy. I thought I’d push him a bit more and told him to take his stirrups up and have a canter. “But then there was a gradual increase in speed as Medi lost control, and I quickly lost sight of him over the crest of the hill.” Mr Harrison, who was in his yard at the time, said: “I heard Medi scream. “I looked up and saw him riding past on the grass, still leading the horse, and going very fast. I got in my car immediately and went after them. When I found Medi he was lying by the tree and had blood coming from his nose and ears.” Mr Newman told the court: “I obviously over-estimated his riding ability and hugely underestimated the horse’s quietness. It’s something I regret hugely.” Before Medi died, his mother Mary-Anne Bowring had specifically chosen an older horse called Rubia for Medi to ride on. But on the day he died, he was riding another horse. She said “there was no way in hell” she would have left Medi stay with Mr Harrison if she knew he would ride a different horse. But Mr Harrison said Mr Mehra had told him to give Medi “whatever horse I thought was suitable.”

Mr Salter told the court: “This is obviously the most awful tragedy, an accident.” 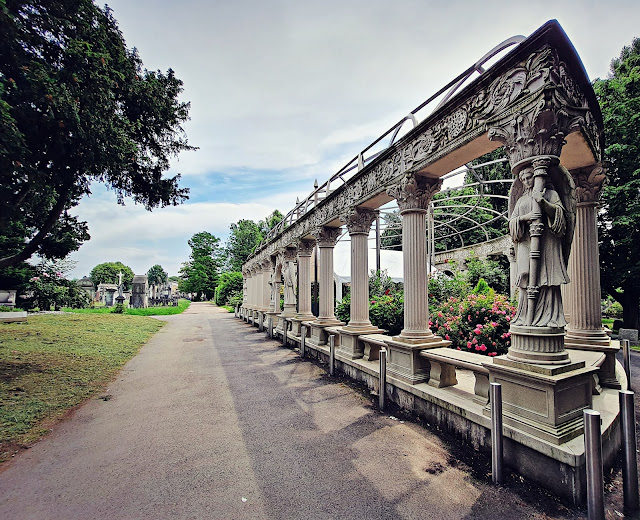