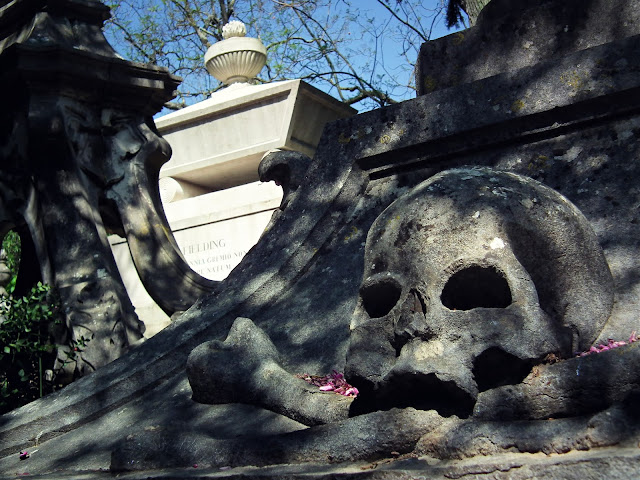 The Portuguese version of Time Out says that a trip to the English cemetery in Lisbon is “uma oportunidade de ir a Inglaterra sem apanhar chuva”, a chance to go to England without catching the rain. It also says that the “gate at number 6 Rua de São Jorge is a kind of shortcut to a very small, and very specific, portion of England.” In contrast English visitors have always focused on the cemetery’s exoticism, picking out every detail that makes it un-English. A correspondent from the Westminster Gazette went there in 1901 looking for the grace of the cemetery’s most famous inhabitant, Henry Fielding;

The English Cemetery at Lisbon, which is, I believe, the first Protestant burial-ground that was tolerated in the Peninsula, lies on a height at the back of the town. A succession of steep streets lead from the Tagus up to the Estrella Church, whose dome and towers are a landmark for seamen. In front of the church there is an open space, from one corner of which a narrowish street leads yet higher, almost into the outskirts of the town. On the left as you go up are shuttered houses; on the right a rough, white, plastered wall, over the coping of which the curling tops of the cypresses appear. We call it the English Cemetery; but to the natives it is known as Os Cyprestes — The Cypresses. Half-way up the street there is a green door in the wall, surmounted by the arms of England, with a bell-handle and wire by the side. You pull the handle and a feeble tinkling responds from the other side. A woman opens the door, and you pass through unquestioned, and are left to wander down the avenue of aged cypresses in front of you unmolested. Few travellers visit Lisbon, and far fewer visit Fielding's grave. The graveyard is some acres in extent, surrounded by high walls, intersected by pathways and thickly planted with venerable cypresses, straggling mimosas, and woody bay trees. On either side of the gravel paths, the tombs and gravestones rise among a tangled profusion of southern weeds. Tall scarlet geraniums and blue periwinkles are mingled with the grasses and the undergrowth. There is a group of aloes in an arid corner, and prickly cactuses grow against the sunny walls. The avenues of cypresses cast a grateful shade; the evening air is beginning to become cool; but the hum of insects and the warbling of innumerable birds give one a feeling of the South—the scent of box-hedges in the sun is mingled with the evening perfumes of the flowers. The scene is enchanting to one who arrives from a country where he has left winter weather and east winds. 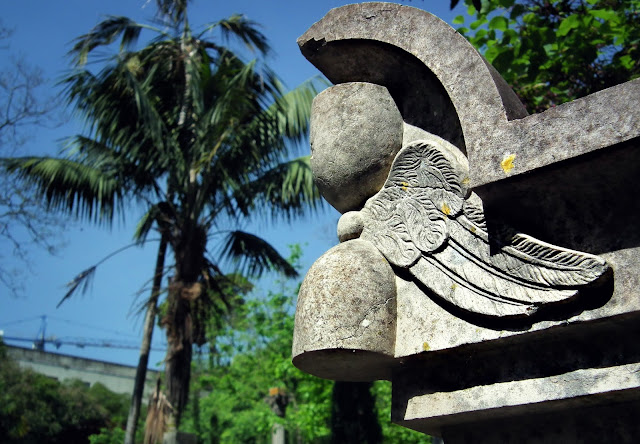 The English cemetery is Lisbon’s oldest; the rights of British subjects to engage in Protestant worship and the need for a site “fit for the burial of their dead” was Article 14 of the 1654 Anglo-Portuguese treaty negotiated by Cromwell’s Protectorate and the Portuguese government. Opposition from the Catholic clergy stopped the accord being put into practice for over 60 years. English consul Poyntz was only able to confirm that space for a protestant burial ground had been secured in 1717 and the new cemetery opened in 1721. Even then the Tribunal da Inquisição ordered that a perimeter of cypresses be planted along the perimeter to hide the chão dos hereges, the heretics burial ground from the eyes of passing Catholics. In 1804 a corner of the cemetery was partitioned off for a Jewish burial ground, the first in Portugal since King Manoel the First had ordered the expulsion of the Jews from his Kingdom in 1497. The church of St George was built inside the grounds of the cemetery in 1822. The first church burnt down in 1886 and the current church built on the old site.

Henry Fielding is by far the most famous person buried in the cemetery but there are some other interesting memorials. A simple wall plaque commemorates Thomas Barclay who died in Lisbon in 1793. Barclay was born in Strabane in Ireland in 1728 and emigrated to Philadelphia in his mid-thirties where he became a prosperous merchant and ship owner. He sided with the rebels during the war of independence and was made the new republics Consul in Paris in 1781 and sent to Morocco to negotiate a treaty with Sultan Sidi Muhammad ibn Abdullah in 1786. Barclay’s wall plaque contains several inaccuracies according to the official version of his life. He was not the first consul of the United States to Portugal as it claims; Barclay was in Lisbon to collect funds for a mission to Algiers where several Americans were being held hostage. He became ill in Lisbon and died on January 19, 1793, of inflammation of the lungs. The plaque says that he died in a duel! Evelyn Edson in an article for the Scottsville Museum in Virginia adds that the duel was “with a Spanish nobleman, who had cast aspersions on the character of American women.” I could not trace any newspaper accounts of his death which might shed light on the discrepancy. 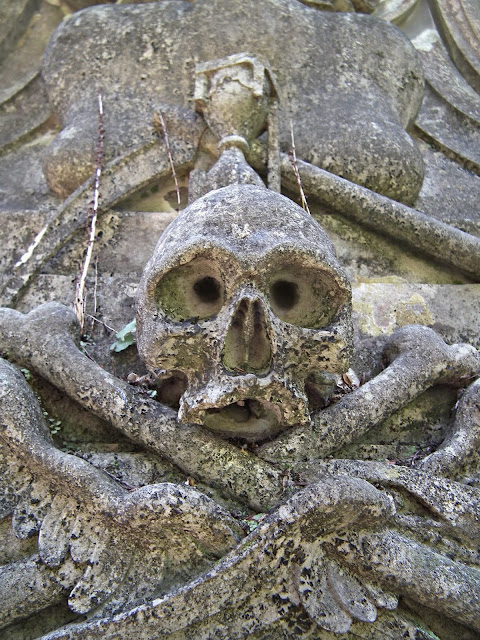 Not everyone buried in the cemetery is English. Arguably the most impressive tomb belongs not to Fielding but to Christian August, Prince of Waldeck and Pyrmont who died in Portugal in 1798. The prince was born in 1744 and accompanied Goethe for part of the writers Italian Journey in 1786-88. Goethe called him “a perfect and well educated prince”. He became a general in the Austrian Army and served in several campaigns. He came to Portugal in 1797 to take over command of the Portuguese land army at the request of Queen Maria I but succumbded to illness almost as soon as he was in the country, dying shortly afterwards in the Royal Palace in Sintra. His impressive pyramidal memorial was donated by the Prince-regent, the future King João VI.

Many of the cemetery’s permanent inhabitants seem to have arrived here by accident.  Lieutenant B. Wallace of HMS Minotaur was “while on duty on the 1st of January (1877), was killed by a yard falling on his head” and was buried next day in the cemetery. Clement Colvin formerly of the India Office and lately director the Eastern Telegraph and Eastern Telegraph Extension Company (Limited), Winchester was visiting the Marquis of Montserrat at Sintra when he unexpectedly dropped dead of apoplexy. He was buried in the cemetery on 28 of August 1901. Also dying at Sintra in 1944 where 3 Canadian airmen who flew their plane into a hillside by accident.

Then there is this from the Herts Guardian, Agricultural Journal, and General Advertiser of  Saturday 20 June 1863:

The Journal de Commercio records a melancholy accident which occurred on the 2b'th ult. at the patent slip Porto Brandao, on the south side of the Tagus. Mr. Thomas White, of Portsmouth, the chief engineer of the works, was giving some order, when a stone from one of the cliffs commenced rolling, and would have fallen'. on him. A workman seeing his danger, called out to him and pushed him to remove him out of the way. The push was so violent that Mr. White fell heavily, and his head came in contact with the stones, causing congestion of the brain, which proved fatal on the 2Sth. The man who thus endeavoured to save Mr. White was struck by the stone, and so seriously injured that he was removed to the hospital, where lies in a precarious state. The funeral took place on the 30th at the English Cemetery, Lisbon, with every demonstration of respect from the Government authorities, and universal regret was expressed that the deceased had not lived to see the completion of the important works which he had so ably and successfully superintended. 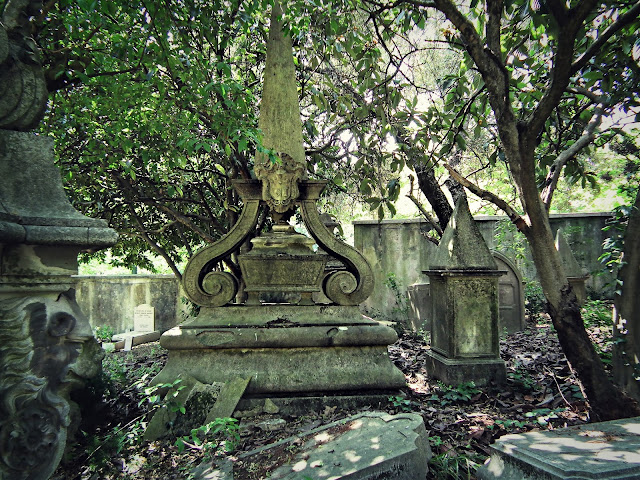 And more accidental deaths in the military in 1950 when 6 British naval officers, one of them the grandson of the novelist H. Rider Haggard, managed to kill themselves by driving a car off the end of a quay in Setubal and into the River Sado whilst on their way to a party;

CAR FALLS IN RIVER Commander Archibald Rider Cheyne. Naval Attache at the British Embassy in Lisbon. and five officers from a British destroyer flotilla (two lieut.-commanders and three lieutenants) were drowned last night when a motor-car in which they were travelling took a wrong turning in the narrow quayside streets at Setubal and fell 25 feet into the River Sado. They were on their way to a party given by an ex-naval officer, Captain Benson, at his country home, "Quinta Venezelos." Commander Cheyne, who was driving the car, had returned from Captain Benson's home to change from his uniform into civilian clothes and to nick up a further batch of officers to attend the party.

THE DRIVER'S HANDICAP The drowned officers were from British naval units which arrived at Setubal to-day for a five-day courtesy visit. Antonio Pereira. the British Naval Attaché’s chauffeur, who was not in the car, told Reuter that with the headlamps on and the quay wet, as it was, it was almost impossible to see where the quay ended. Commander Cheyne, a grandson of the novelist Rider Haggard. leaves a widow and a young son and daughter. His wife, whom he married in 1938. was Miss Marie Louise Brett. daughter of Mrs. Maurice Brett (the actress Zena Dare). The bodies were recovered from the car after four hours' rescue work in which Setubal dock workers co-operated with divers from the British warships.

DANGER SPOT Antonio Pereira, the British Naval Attaches chauffeur, who was not the car. told Reuter that, with headlamps on. and when the quay was wet. it was almost impossible to see where the quay ended The funeral is on Monday at the British Cemetery in Lisbon 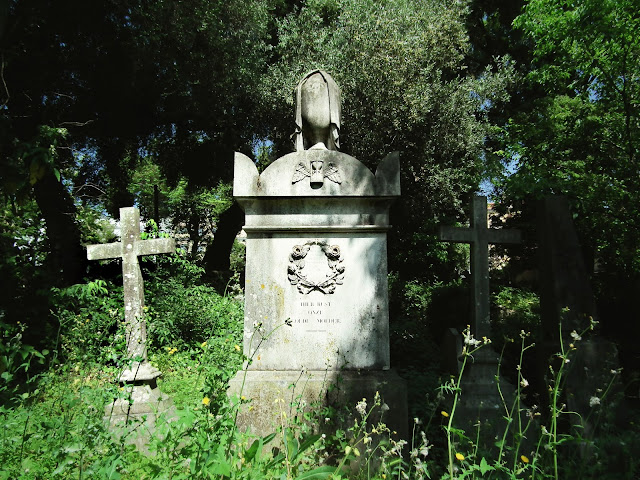 On Saturday 28 October 1893 The Era reported the sad death of a pantomimist:

Death of a Pantomimist. Mr Arthur Williams, the well-known pantomimist, died on the 13th inst. at Lisbon. The deceased was fulfilling an engagement with the Renad Brothers in the Portuguese capital. On the 11th he was with the company as usual, and retired to rest apparently in his usual condition. On the 12th he did not appear at breakfast, and shortly afterwards some of his friends called to see him. They knocked at his bedroom door and as they received no answer the door was forced open, and they found him dead in his bed, the cause of death having been cerebral apoplexy. Mr Williams was buried on the 14th inst. in the English Protestant Cemetery, Lisbon. The funeral was attended by most of the members of the company to which he belonged. He was only forty-one years of age, and has left a widow and two children totally unprovided for. 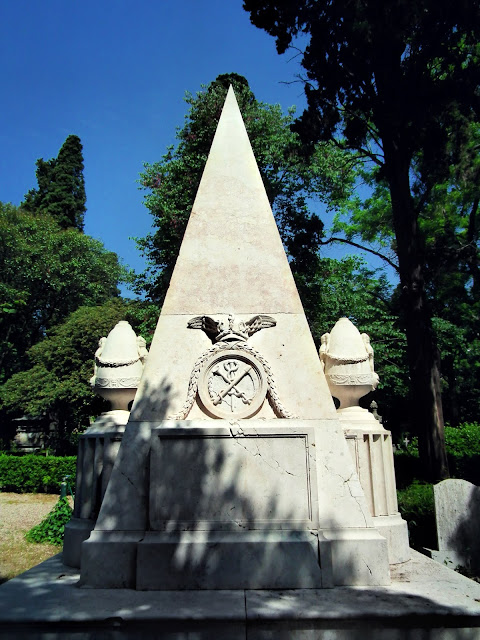