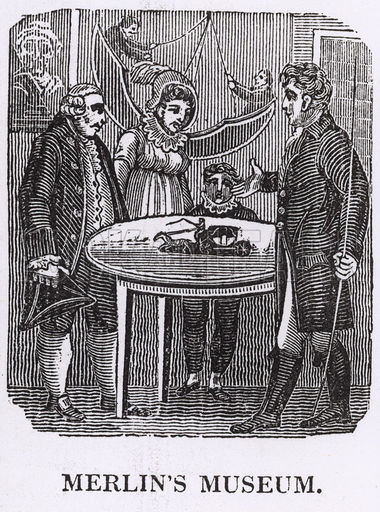 The ‘very ingenious mechanick’ John Joseph Merlin adored all unconventional forms of transport, no matter how hazardous; his most celebrated mishap is related in Thomas Busby’s Concert Room and Orchestra Anecdotes of 1825;


One of his ingenious novelties was a pair of skates … Supplied with a pair of these and a violin he mixed in the motley group of one of the celebrated Mrs. Corneily's masquerades at Carlisle House, Soho Square; when, not having provided the means of retarding his velocity, or commanding its direction, he impelled himself against a mirror of more than five hundred pounds value, dashed it to atoms, broke his instrument to pieces and wounded himself most severely.


Not much is known of Merlin’s early life; he was born or baptised on 17 September 1735 at Huy in the Walloon province of Liege in Belgium, the third child of Maximilien Joseph Merlin and Marie-Anne Levasseur. By the age of 19 young Merlin was working as a mechanic in Paris and by the age of 25 he was in London as part of the entourage of the Spanish Ambassador, the Conde de Fuentes. He soon left the service of the count and after a short stint working for a goldsmith in Covent Garden he took a position at James Cox’s newly founded Museum in Spring Gardens, becoming the principal mechanic. Cox was a jeweller and goldsmith who specialised in the production of exquisite clockwork automata and mechanical clocks; Merlin worked with him on what became his most famous creation, the silver swan automata, now in the Bowes Museum in County Durham. Mark Twain saw it at the Paris exhibition in 1867 and described it in Innocents Abroad; ‘I watched the Silver Swan, which had a living grace about his movement and a living intelligence in his eyes - watched him swimming about as comfortably and unconcernedly as it he had been born in a morass instead of a jeweller’s shop - watched him seize a silver fish from under the water and hold up his head and go through the customary and elaborate motions of swallowing it...'


In 1773 he parted company with Cox and set up on his own as maker of mathematical and musical instruments. He continued to apply his mind to the invention of novelties and developed ingenious hybrid musical instruments such as an adaptation for a harpsichord which allowed to played as a piano and a combination of the square piano and the organ called the claviorganum.  In an advertisement dated 1779 he boasted of “the various instruments and pieces of mechanism, which he has constructed, such as his great collection of Patent Piano Forte, double Bass harpsichords, and portable instruments called Celestinetts, and his new Violins, Tenor and Bass, and improves violins, tenor, and bass, tho’ ever so bad, makes them equal to the best Cremonea.” We know that Merlin’s novel instruments found a commercial market because by the late 1770’s he took a former employee to court for making and selling combined harpsichord piano’s without his permission. He also found himself in court for having reneged on a deal with a builder to construct a large new house on the corner of Duchess Street and Portland Place. The house was to be built to Merlin’s own design with large show rooms to display his inventions; it was the first hint that he was harbouring ambitions to open his own museum.


Merlin’s Museum of Musical Instruments and Mechanical Inventions opened for the delight and education of the nobility, gentry and public in Princes Street, Hanover Square in April 1783. For the twenty years Merlin was the proprietor he filled with it with mechanical marvels designed to please the novelty hungry London public. Morning admission, between 11 and 3 cost 2s 6d and evening admission (from 7 until 9, and including tea or coffee) was 3 shillings  For this modest fee patrons could admire perpetual motion clocks that required no winding up, watch The Grand Turk or Stone eater consuming artificial stones, marvel at the rotating table which enabled a hostess to fill up to twelve cups of tea without leaving her place or the device to enable blind persons to play cards, be horrified at the Steel Tarantula, view two antique busts by means of which ‘ any person may converse with another without being heard by the company’, see mobile bird cages, listen to musical boxes, try out his patented chair to relieve the pain of gout, and view his automata. These included, according to Charles Babbage who saw them as a young man, 'two uncovered female figures of silver, about twelve inches high' one of which “used an eye-glass occasionally and bowed frequently as if recognizing her acquaintances' and the other ‘an admirable danseuse, with a bird on the forefinger of her right hand, which wagged its tail, flapped its wings and opened its beak.' Merlin was often at hand in person to show off his exhibits and explain how they worked.


The mechanic was also something of an exhibitionist. He made regular appearances at Ranelagh Gardens and at the Masquerades held at the Pantheon gliding through the crowds on his roller skates, dressed as the Goddess of Fortune with his own wheel, or posing as an electrotherapeutic physician, shocking the dancers as he moved among them. In March 1778 ‘Mr. Merlin, the Mechanic,’ appeared at the Pantheon ‘as a Gouty Gentleman, in a Chair of his own Construction, which, by a Transverse Direction of two Winches, he wheeled about himself with great Facility to any Part of the Room.’ In May be was back; according to the Norfolk Chronicle “Merlin the mechanic also worked a boat around the room and occasionally freighted his vessel with a Harlequin, a Columbine, a witch, a wizard or one of those charm bearing fair ladies whose looks serve to bewitch the beholder be he ever so grave, cold or phlegmatic. The chair which Merlin appeared in at the last masquerade was also filled by one of his disciples who moves in circles through the company.” After an appearance as a Vestal in 1789 he appeared the following year as ‘a Cupid, in his chariot, which moved by some ingenious mechanism round the rooms, pointed his arrows at several ladies, who seemed to be willing votaries to his power.’ 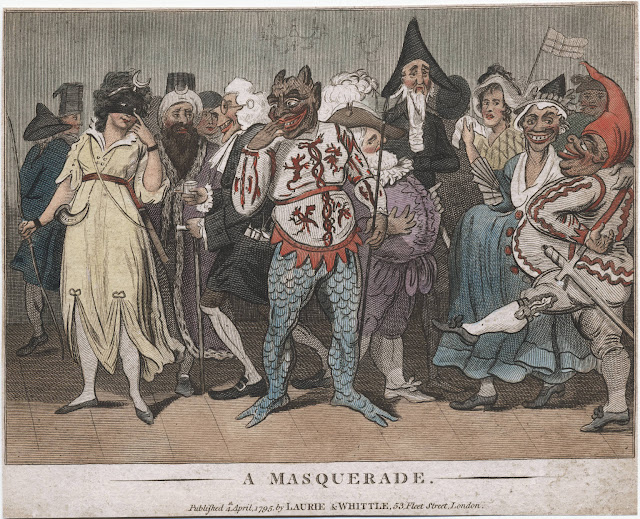 Merlin was generally thought to have been a life long bachelor but Margaret Debenham in a recent study has shown that this is untrue. In her research into the dispute between Merlin and the builder of the house on the corner of Duchesse Street and Portland Place she discovered that ‘in the early summer of 1777 they [Merlin and the builder Nicholl] had taken a ride out into the countryside together and chatted about Merlin's forthcoming marriage. According to Nicholl, Merlin had been doubtful that the marriage would take place in time for him to move into the new house that winter. Merlin, on the contrary, protested in his own testimony that he had wanted the house completed as soon as possible in readiness for him and his intended wife.’ Debenham also uncovered marriage records which show that the mechanic married Anne Goulding on 17 September 1783 at St Saviours in Southwark and that the couple had two children, Ann and Joseph.  Merlin was left a widower with two relatively young children when Ann died in 1793 and was buried at Christchurch in Southwark. 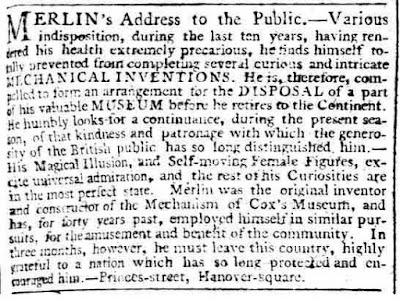 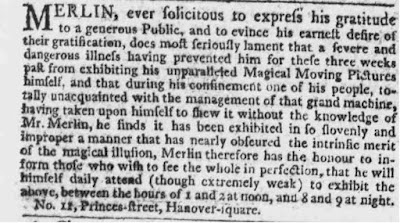 Merlin’s own health began to decline in the late 1790’s. He was last seen in public in January 1803 in Hyde Park in a carriage without horses.  On the 8th February he placed a notice in the newspapers lamenting that ill health had kept him from the museum for three weeks and apologising that during this time one of his people had had the temerity to exhibit his ‘unparalleled Magical Moving Pictures’ and being ‘unacquainted with the management of that grand machine…exhibited it in so slovenly and improper a manner that has nearly obscured the intrinsic merit of the magical illusion.’ He promised to attend himself in person to remedy the situation. On 24 February another notice informed the public that after ten years of ill health he intended to retire to the continent and was therefore compelled to sell his collection. He professed himself ‘highly grateful to a nation which has so long protected and encouraged him.’ The retirement to the continent had been left too late; he died on 04 May and was buried at St Mary’s Church, Paddington Green. His final instruction? According to Kirby's Wonderful and Eccentric Museum: Or, Magazine of Remarkable Characters ‘he had his favourite horse thirty years and to prevent any ill usage of this animal after his death he ordered him to be shot which was done accordingly.’