Sacred to the memory of John Furtado... A Portuguese Jewish family in Stoke Newington 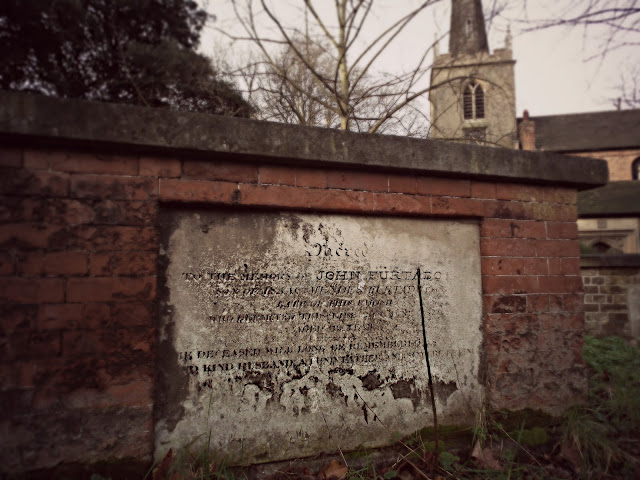 It was the name on the chest tomb that caught my attention – Furtado. It’s a Portuguese surname and I was surprised to see it on a grave dated 1830 in St Mary’s Old Churchyard in Stoke Newington. The inscription is rather worn – “sacred to the memory of John Furtado son of Isaac Mendes Furtado Esq late of this parish who departed this life ?? June 1830 aged 49 years…” I wondered if the family were of Portuguese Jewish ancestry and some digging around confirmed that indeed they were. The Gentleman’s Magazine of 1803 records the surprising fact that buried in  “May At Stoke Newington Mr. Isaac Furtado, a Jew merchant, who was buried in the Church-yard, in a grave dug North and South, instead of East and West, according to the usual custom. His son and two daughters were baptised and confirmed in the Church of England in March 1799, and their conversion was announced to the public in a printed letter addressed to them by the late Rev. Wm, Jones.” Odd that a ‘Jew merchant’ should be buried in the churchyard without any mention of his own conversion.

Medieval  Portugal’s sizeable Jewish population were expelled (or forcibly converted) in 1497 under pressure from their most Catholic Highnesses Ferdinand and Isabella of Spain. Many ostensibly converted Jews practised their religion in secret, raising their children to do the same so that even 300 years later there were crypto-Jewish families in Portugal still loyal to Rabbinic Judaism. These secret Jews were called Marranos. Isaac Mendes Furtado, born in 1729, was the son of Gaspar Mendes Furtado and Clara Henriques of Covilhã in Portugal. Four years before he was born both his parents were denounced as Judaisers to the Lisbon Inquisition and arrested. Gaspar was tortured and Clara threatened and as a result they both agreed to publicly renounce their faith in front of the King at an auto-da-fé, on October 13, 1726. They were released but when Gaspar died in 1730 Clara decided to become a refugee in England taking with not only her own six children but the seven children of her uncle. In England the family became openly practicing Jews, worshipping at the Synagogue in Bevis Marks. The synagogue provided dowries for Clara’s daughters one of whom married a certain Benjamin D’Israeli and became the grandmother of the British Prime Minister Benjamin Disraeli, 1st Earl of Beaconsfield. Isaac, in the meantime, was brought up in London and became articled to a London Attorney. In 1762 he married his niece and probably made his living as a notary but working in partnership with his brothers on annuity broking and marine insurance. In 1782 the finta (synagogue tax) was reassessed and Isaac’s assessment raised from £3. 6. 8d. to £10. He reacted with fury, writing to the Synagogue ruling council, the Mahamad “the misrepresentation of my great wealth to you by somebody, I suspect, forces me to put you to the trouble and me to the blush to require an abatement in the £10 a year which I am informed the new ensuing Finta allots me to pay and on so disproportioned a rise of 200% viz. from £3. 6. 8d. to £10……. I have discovered no Golden Mines nor yet have I come to any large inheritance and my being considered so precipitately Rich will rather lend to my discredit than honour and with yr permission will pay four pounds a year, this puts me upon a more equitable and equal footing.” Isaac’s strained relationship with the Mahamad broke down altogether in a conflict between the council and the congregation on how the festival of Purim should be celebrated.

The Mahamad of Bevis marks issued a proclamation that the traditional manner of celebrating Purim was prohibited -  during the festival a reading is made from the book of Esther and whenever the name of Haman is mentioned some members of the congregation would react by catcalling, booing, hissing, banging and yelling. The Mhamad thought this was indecorous and wanted to put an end to it. The congregation ignored them and the Mahamad reacted by calling in Constables from the City Marshall to restore order. Isaac was furious, especially when his son Abraham was summoned by the Mahamad to apologise for his behaviour. He wrote another furious letter this time resigning from the Synagogue. He later built some tenements in Mile End and named them Purim Place. Isaac was survived by 2 sons and 3 daughters and left property worth around £6000. His eldest son Abraham, the one who liked to make noise at Purim, became a composer and song writer and changed his name to Charles (see below).

A caricature in the Jewish Museum shows Charles as a 19 year buck about town saying to another character  'You bow too low sir' who answers 'And you seem to be spitted Mr Jew'. According to many sources Charles was the father of the well known Victorian actress Teresa Furtado (see below). Wikipedia for example “She was the daughter of Charles Furtado, professor of music in London and composer of ballads. Her appearances at the Adelphi included No Thoroughfare by Wilkie Collins and Charles Dickens (1868) and Esmeralda in Notre-Dame or, The Gipsy Girl of Paris, a dramatized version of Victor Hugo's The Hunchback of Notre Dame (1875).….. In 1873 she married the English actor, John Clarke. Her premature death at the age of 32 led to his breakdown and he died less than two years later.” As Charles died in 1821 and Teresa was not born until 1845 it seems highly improbable that they were father and daughter. Grandfather and granddaughter perhaps.