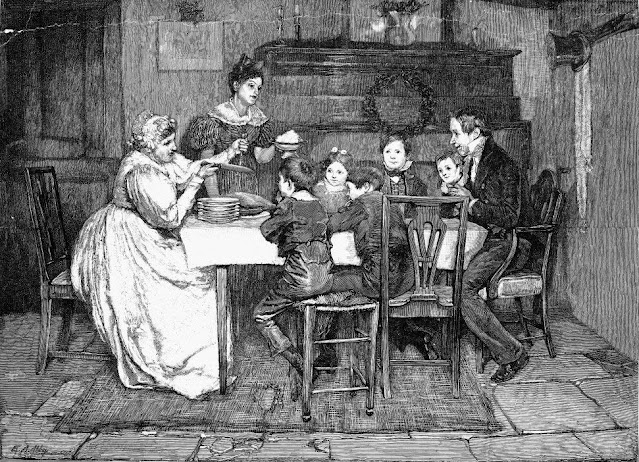 Thomas Hickman, who was thirty-three years of age, was originally a glass-worker, but for the last seven years he had been a constable of the metropolitan police, D division, which force he quitted about three months since, and since then has supported himself by carting home washed linen for laundresses, who abound in that locality [Kensal New Town]. On Sunday last they prepared a piece of baked mutton for dinner, with the addition of a rhubarb pie, to which they all sat down about two o'clock, and, as is the custom with many families of the poorer classes, they partook first of the rhubarb pie before the meat.

In the late 1830’s London’s urban sprawl arrived at the open fields of North Kensington, on the far side of the Grand Union Canal and to the east of the new cemetery at Kensal Green. Middle Row in what was grandly called Kensal New Town was a new street of jerry-built cottages and laundries with West Row and East Rows to either side, Southern Row to the south and Kensal Road to the north. A set of two room cottages given the glorified name of Penton Villas was, in 1847, the home of the Hickman family. The 33-year-old patriarch was Thomas, a former policeman who now made his living by delivering laundry. He was married to Harriet and they had 6 children, 12-year-old Thomas, James who was 10, Harriet, 6, 4-year-old Mary Ann, John, 3, and 16-month-old Henry. At the end of May Harriet’s unmarried sister Caroline Bonamay, having just lost her situation as a live-in servant and with, for the moment, nowhere else to go, came to live with the family temporarily.

On Sunday 30 May the two sisters prepared a traditional Sunday lunch for the family of baked mutton and rhubarb pudding. Caroline took it upon herself to light the fire and not having any kindling, she rummaged through the kitchen cupboard and found a nearly empty bag of flour. As there was a second, much fuller bag of flour in the cupboard, she emptied the contents of the first bag into the second, noticing as she did so that the flour from the first was much whiter and finer. She meant to mention this to her sister but as she busied herself using the now empty flour bag to get the fire going, she forgot all about it. The dinner was duly prepared and at lunchtime the family sat down at the table to consume it, pudding first, as was apparently the habit of the lower classes.  The rhubarb pudding was demolished in short order but the mutton was never touched because as soon as the last of the pudding had been eaten the family started to feel unwell. Thomas Hickman went out into the yard and over to the railings surrounding the house of his neighbour Ann Sullivan.  Mrs Sullivan assumed that he had come to deliver the slice of rhubarb pudding he had promised her children earlier that day but instead Thomas begged for her help as he said the family had been taken ill. She went round to the Hickman’s cottage where she found them all in a very bad way indeed. She wasted no time in running to fetch Mr Abercrombie a local surgeon who came back to the house with her and immediately suspected poisoning on being told that the whole family had felt unwell after eating the pudding.

Mr Abercrombie quizzed the family about who had had access to the flour before the pudding was made and the pudding itself before it was boiled. No one but the family he was told. The question about the flour jogged Caroline’s memory and she finally mentioned that she had put something into the pudding supposing it to be flour. When she added that she had taken it out of the kitchen cupboard Harriet turned to her husband and said “Hickman, it must be some of the white powders you keep about in the house.” Her husband replied “Oh, then it is Nitrate of Silver”. Mr Abercrombie thought not, nitrate of silver is highly corrosive and was not likely to the substance responsible for the poisoning. “Then it must be the white arsenic,” Thomas said, adding that he thought it had been thrown away years ago. Mr Abercrombie briefly considered using a stomach pump to treat the family but decided that his apparatus was likely to become clogged and ineffective with lumps of half-digested rhubarb and pastry. He settled for a simple emetic; Thomas insisted on the children being treated first and himself last. Despite Abercrombie’s best efforts one of the boys died in the afternoon and Thomas and four of the other children all died within a short space of time just after midnight. Only Harriet and Caroline and 12-year-old Thomas survived.

THE POISONINGS AT KENSAL NEW TOWN additional particulars. The intense interest excited throughout the neighbour- hood of Kensal New Town, Kensal-green, &c, by the above unfortunate and melancholy occurrence, appears not to have in the slightest degree diminished, large numbers of persons having, from early yesterday morning, congregated in the front of the Penton Vilas, until late last evening, anxiously inquiring as to the state of the survivors, and discussing the circumstances connected with the tragical affair. The wretched state of the survivors of the family, pressed down by the effects of the poison they had swallowed, the loss of so many members, and of their natural protectors, induced the medical gentlemen attending them, to make a strong representation to the parochial authorities of St. Luke, Chelsea, on their behalf, which we are happy to say, was most warmly responded to by the parish officers, who immediately despatched Mr. Bush, the relieving-officer, who visited the cottage on Monday evening, and gave directions for their having everything that their destitute and weakened state required. No case has for a long time occurred in which the sympathy of the benevolent is more called forth than in the present, where six out of nine members of a family have been removed by the hand of death, and the remaining three, who have been reduced almost to death's- door, have no funds out of which to inter their deceased relatives, who must consequently be buried by the parish. Yesterday morning, in accordance with a warrant issued on the previous day, by Mr. Wakley, the Coroner for the western division of Middlesex, a post mortem examination of the bodies of Thomas Hickman, the father, and James Bonamey Hickman, the second son, was performed by Mr. Brown, the surgeon, of Kensal-green, assisted by, and in the presence of, Mr. Abercrombie, the surgeon who was first called in, Dr. Chowne, lecturer on medical jurisprudence at Charing-cross Hospital, Dr. Robert Barnes, of Notting- hill, a medical friend of Mr. Abercrombie, and Mr. Brown's assistant. The operation was performed in the front room of the cottage (which consists of only two rooms) in which all the six dead bodies were lying.

Thomas Wakley the Middlesex Coroner (and founding editor of The Lancet) opened his inquiry at the Portobello Arms on Tuesday 01 June. After swearing in the jury he told them that “the affair was such an awful one, that it would require a few days for consideration, in order that a proper and cool inquiry might be made into the matter.” He ordered further post mortems to be carried out on the rest of the family and told the jury that they would be going to see the bodies that morning and once that had been done the inquest would be adjourned for a week. According to the Morning Post the jury “then proceeded to the cottage to view the bodies. The sight was a peculiarly distressing one. They were all lying in the front room, the father on a stump bedstead, the second son was lying on a deal table under the window, and the rest in other parts of the room. The Jury appeared much affected at the sight of a father and five children, all cut off within 22 hours.” The following day Mr Abercrombie carried out the additional post mortems requested by Coroner Wakley and on Friday June 4 the five deceased members of the Hickman family were all buried at St Lukes in Chelsea:

The funeral of the five children and their father, Thomas Hickman, took place yesterday morning, in the burial-ground of Chelsea New Church. Mrs. Hickman's mother, Mrs. Hickman's two sisters, including the unfortunate Caroline Bonamy, and one or two friends, followed the remains to the grave

The Coroner examined the witnesses as to the terms on which Mr. and Mrs. Hickman lived, and with a view to ascertain whether at any time threats had been used by any member of the family. Having satisfied himself on these points, he went carefully through the evidence, expressing his conviction that the death of Hickman and hii family had been caused by the arsenic which had thoughtlessly been left about, but that Mrs. Hickman and Caroline Bo- namy were totally ignorant of its nature when they mixed it up with the flour of which the pudding was composed. The Jury unhesitatingly returned a verdict to that effect. 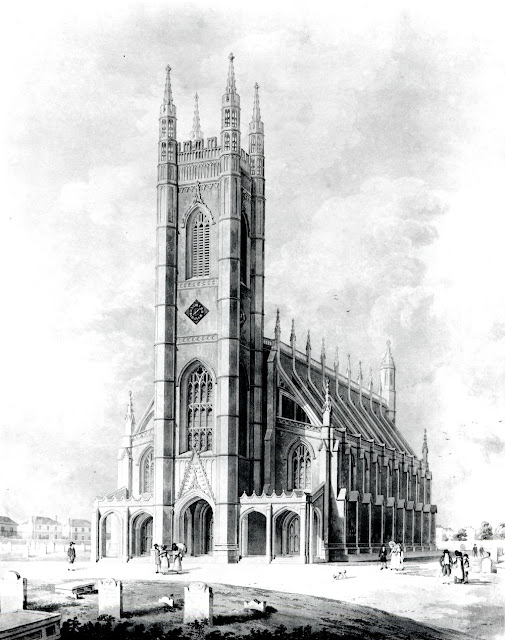