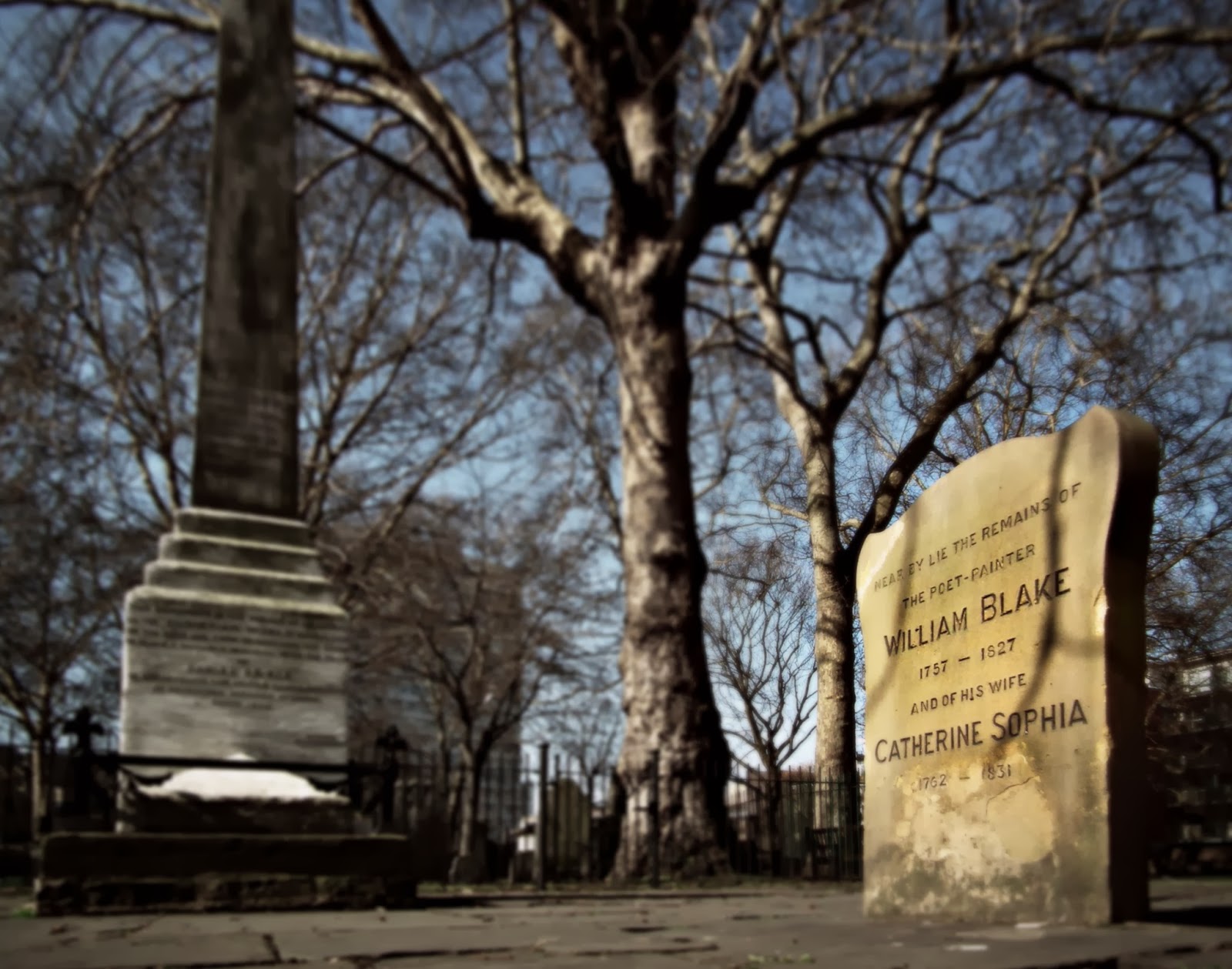 Blake died in such poverty and obscurity that his burial in Bunhill Fields was largely unnoticed and on borrowed money, nineteen shillings for an unmarked grave, the body nine feet down, stacked on top of three others, and eventually followed by four more. The headstone was erected later and only approximately in the areas they were buried.
He married Catherine Sophia Boucher on the 18th  August 1782 at St Mary’s in Battersea. Friends said they lived their married life in ‘uninterrupted harmony’ though there were stories of Blake upsetting his wife by planning, perhaps not entirely seriously,  to “add a concubine to his establishment in the Old Testament manner.” The poet “gave up the project because it made Mrs. Blake cry." Their friend Thomas Butts liked to recount how he came across the pair of them sitting naked in their garden at Lambeth reciting passages from ‘Paradise Lost’ in character as Adam and Eve. 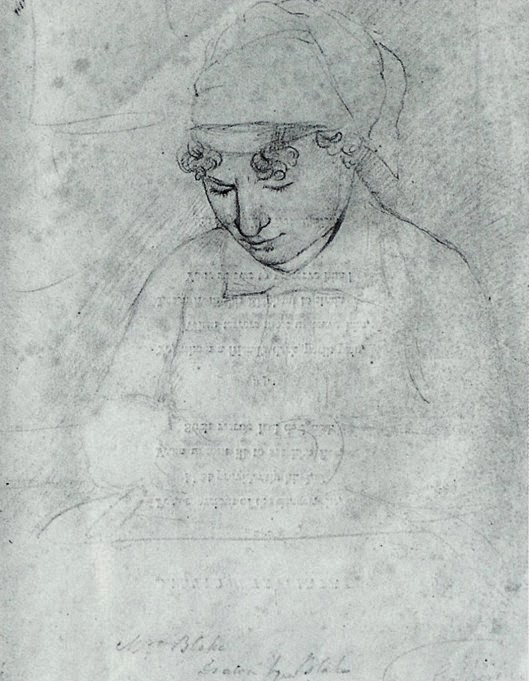 Catherine made the most of the time she spent with her husband because, as she once told some visitors who came looking for him “I have very little of Mr. Blake’s company. He is always in Paradise.” On his deathbed in 1827, "one of the very last shillings spent was in sending out for a pencil," with which he then proceeded to draw a portrait of his wife "Stay, Kate! Keep just as you are -- I will draw your portrait -- for you have ever been an angel to me." "Just before he died "His Countenance became fair," wrote a friend later, "His eyes Brighten'd and He burst out into Singing of the things he saw in Heaven." Even death did not separate them, according to contemporary accounts she "saw Blake frequently after his decease: he used to come and sit with her two or three hours every day …he advised with her as to the best mode of selling his engravings." When she died witnesses said she was "calling continually to her William, as if he were only in the next room."
Posted by David Bingham at 07:41