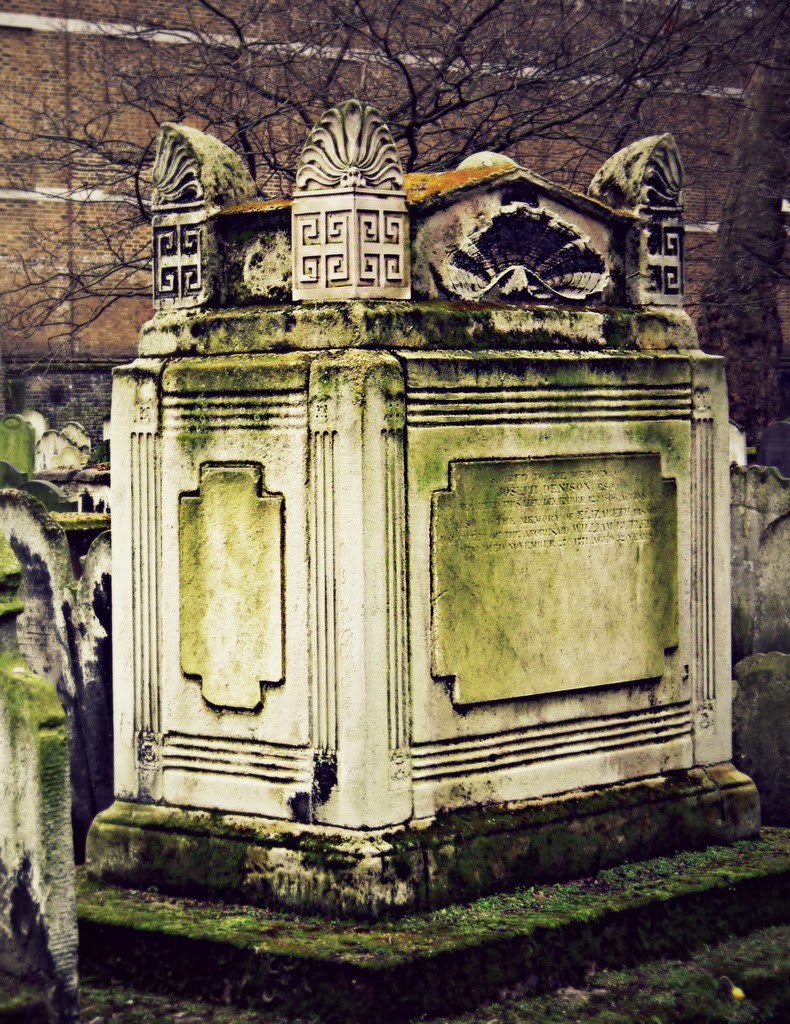 Non conformists in matters of religion were often conventional when it came to anything else. The desire not to stand out in a crowd is evident in the rows of plain headstones of almost identical proportions that mark the graves of Bunhill Fields where ostentation and ornamentation were obviously frowned upon and there are few large tombs or monuments. Merchant banker Joseph Denison’s grand neo-classical, Portland stone pedestal tomb suggests that he had a streak of worldly pride that trumped the desire to remain inconspicuous.  There is some obscurity about his origins but we know that he came from Leeds, was born in the mid 1720’s and was probably from a mercantile background. Accounts of his life which claim that he was a “parish boy ignorant of reading and writing who made his way from Yorkshire up on foot” are unlikely to be true considering that once in London he  became a clerk in the  counting house of Mr Dillon an Irish Catholic merchant (whose business eventually failed forcing him, in one of those neat reversals of fortune usually only found in fiction, to take a job in the counting house of his former clerk Joseph Denison whose career was, and remained, in the ascendant). “At length he entered into business for himself,” says Dodsley’s Annual Register, summing up his life in the year of his death, 1806,”and by unabated industry and the most rigid frugality, worked himself into very high credit, and an increasing fortune.” As well as his house in London he bought, in 1787 the estate of Denbies in Surrey once owned by Jonathan Tyers, and in 1782, from the Duke of Leeds for the huge sum of £100,000 the east Yorkshire estate of Seamere near Scarborough.


Joseph Denison married twice, his first wife, Sarah Sykes was from Salford and, according to Dodsley’s, “very assistant to his prosperity,” helping with his bookkeeping and looking after his affairs when he travelled away on business. Sarah died young and the marriage was childless.  His second marriage, to Elizabeth Butler of Southwark, was even shorter. After a mere three years of matrimony, during which she produced  three children, a son and two daughters, Elizabeth died in 1771 at the age of 32 leaving her young family to be brought up by their father. 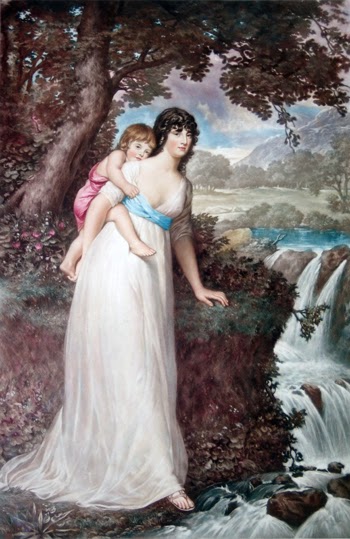 Portrait of Elizabeth Denison-Conyngham with her eldest child.﻿


Joseph’s son  William Joseph, became the senior partner in his father’s business and an MP. In business he was extraordinarily successful leaving an estate worth £2.3 million to his nephew when he died in 1849. Anna Maria his youngest daughter made a decent marriage to Sir Robert Lawley, later 1st Baron Wenlock. His eldest daughter Elizabeth married an Irish peer Henry Conyngham, Viscount Conyngham, in 1794. By all accounts an attractive woman in her youth, Elizabeth had a number of admirers and lovers including  the then Tsarevitch  of Russia, the future Nicholas 1. Her greatest and most famous conquest though was of the notorious philanderer George IV. Lady Conyngham  supplanted Lady Hertford in the King’s affections in 1820 and she more or less lived openly with him as his unofficial queen (with her real husband made Lord Steward of the Kings Household and promoted to Marquess as reward for his complaisance) until his death in 1830. The obese King was apparently besotted with his equally rotund 50 year old (and mother of five) mistress and would be constantly "kissing her hand with a look of most devoted submission.” During the Kings Coronation when his rightful Queen, Caroline of Brunswick was denied admission to Westminster Abbey turned away from the door by the Royal Guards, George made himself ludicrous by ‘nodding and winking… and sighing and making eyes’ at Lady Conyngham. She lived with him at the Royal Pavilion in Brighton where George developed chronic alcoholism and left his mistress looking “bored to death and never speaking” at interminable formal dinners according to Charles Greveille. 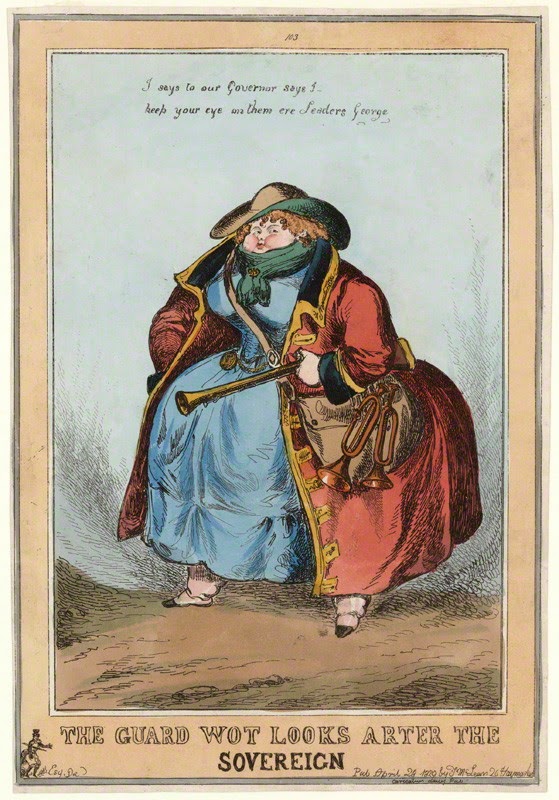 The Kings disrespectful subjects found an endless source of mirth in the ridiculous figures of two overweight elderly people apparently being in love:


‘Tis pleasant at seasons to see how they sit,
First cracking their nuts, and then cracking their wit,
Then quaffing their claret - then mingling their lips,
Or tickling the fat about each other’s hips.


‘Give the devil his due, she’s a prime bit if stuff,
And for flesh she’s got conscience enough,
He’ll never need pillows to keep up his head,
Whilst old Q and himself sleep and snore in one bed.


When George died in 1830, The Times declared that ‘there was never an individual less regretted of his fellow creatures than the late king’. Henry Conyngham died in 1832 in Kent, alone again as Lady Conyngham had moved discretely to Paris where she lived for the next thirty years. She only returnined to England to die at the age of 92 and be buried with her husband in Kent at St Mary's, Patrixbourne.