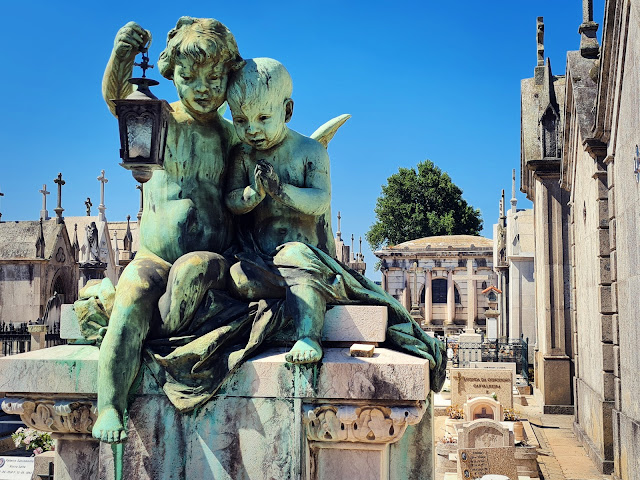 It was by complete accident but I could not have planned it better. We spent a couple of days in Porto as part of our holiday in Portugal and with only the haziest idea of the city’s geography, the hotel was booked because of its relative proximity to the city centre, not close enough to be disturbed by late night revellers but still within walking distance. When I wondered how far the nearest cemetery was from the hotel, Google maps told me that the Cemitério de Agramonte was a 290 metre, four minute walk. So on our first full day in the city I twisted my wife’s arm (metaphorically) into taking a morning stroll amongst the tombs and mausoleums. As we got ourselves ready to leave we watched the morning news on RTP and discovered that we had arrived in Porto on the very day that the heart of the former Emperor of Brazil, Dom Pedro I, preserved in a glass vat of formaldehyde, was being flown back to Brazil by military plane so that the dead monarch could take part in the country’s bicentennial independence celebrations. 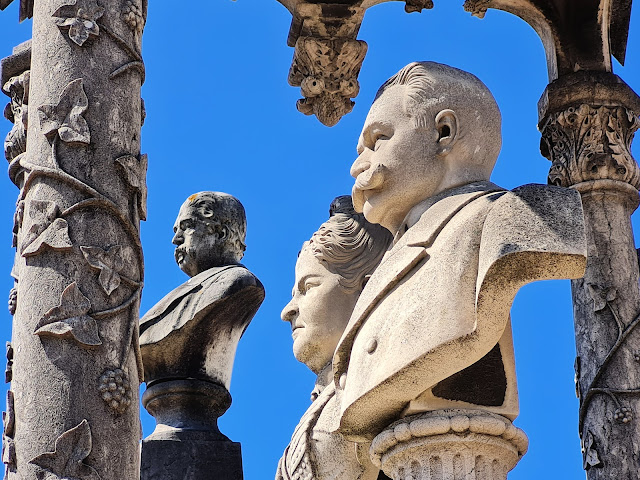 We arrived at the cemetery mid-morning but the temperature was already close to 30 degrees and Porto’s heat is significantly more humid than further south in Portugal. The sky was completely cloudless, blue scored by numerous vapour trails from the jets descending to land at Francisco Sá Carneiro airport. The sun was already high and the light, bouncing off white marble and grey stone, dazzling. Anything not facing into the sun lay in deep shadow so many tombs and memorials were difficult to photograph. My wife, although she is ten years younger than me, has reached that stage in life where the ages of the recently deceased are no longer decades older than her and she has begum to grow alarmed at the prospect of her own mortality. While I wandered the paths of the cemetery looking for interesting memorials, she quietly worked her way along the tombs calculating the ages at which the dead had died.  The results were not comforting. Her research revealed, she told me, that almost everyone died either when they were a child or in their 40’s and 50’s. I told her that surely this is what you would expect in a 19th century cemetery? Maybe the modern section would be more cheerful and provide better news about contemporary longevity? She wasn’t convinced and thoroughly disconsolate went to sit on a bench in the shade by the chapel to distract herself by scrolling though Facebook. 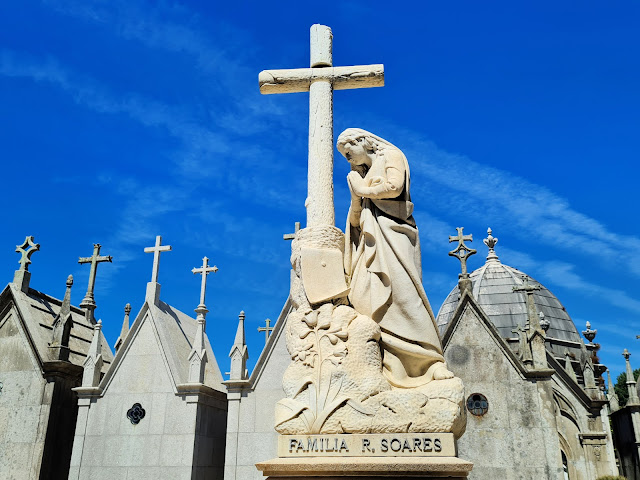 Agramonte is a municipal cemetery, opened by the city council in 1855 in response to a cholera epidemic. Church burials were prohibited in Portugal in 1835 and the decree which banned them also obliged all municipal authorities to open a public cemetery in every city, town and village in Portugal, at least 143 metres away from residential arears and enclosed by a wall at least 2.25 metres high. There was widespread public resistance to the new law, protests became riots so violent that it brought the country to the brink of another civil war. Local authorities were not always quick to obey the new law or fudged it where possible. In Porto church authorities opened a private cemetery, Lapa, next to the church, in a bid to head off the threat from the local authority. The council allowed feelings to simmer down before they finally opened the first municipal cemetery, the Prado do Repouso in 1839. Demand for the municipal cemetery was so low that much of the land it occupied was leased out as a farm; for many years the authorities received more revenue from agriculture at the cemetery than they did from selling grave spaces. When Agramonte opened it was initially used to bury cholera victims and then became the place where the poor of Porto buried their dead cheaply. Its character changed in the 1860’s when the city authorities finally clamped down on private cemeteries. The catholic associations and brotherhoods demanded large private plots at Agramonte to replace their closed cemeteries. When the city council agreed the cemetery went through a rapid phase of gentrification, being landscaped, new chapels were built and suddenly the middle and upper classes of Porto were buying large burial plots on which they could erect mausoleums or excavate family vaults. 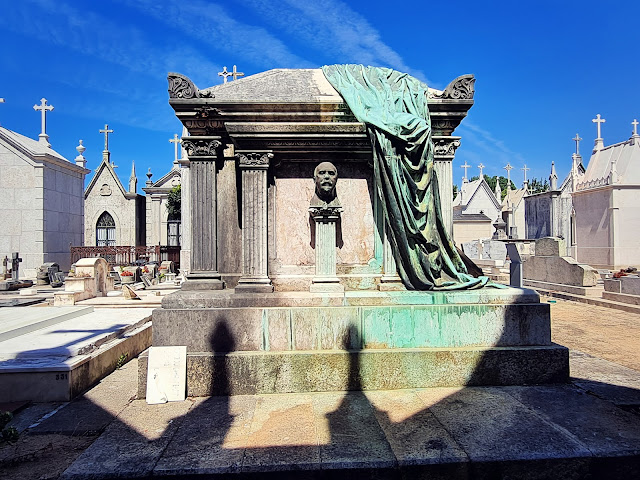 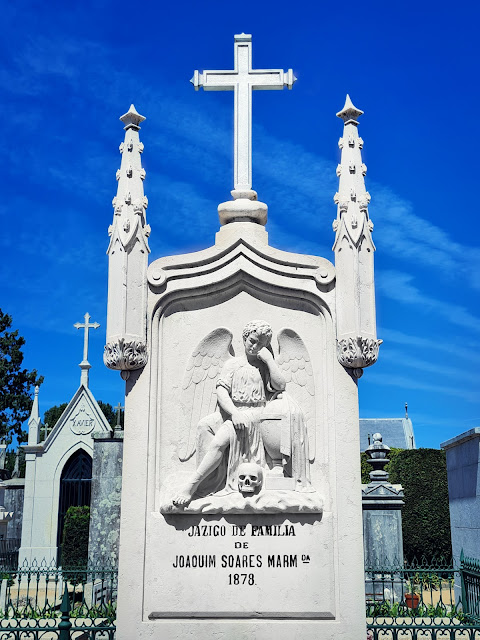 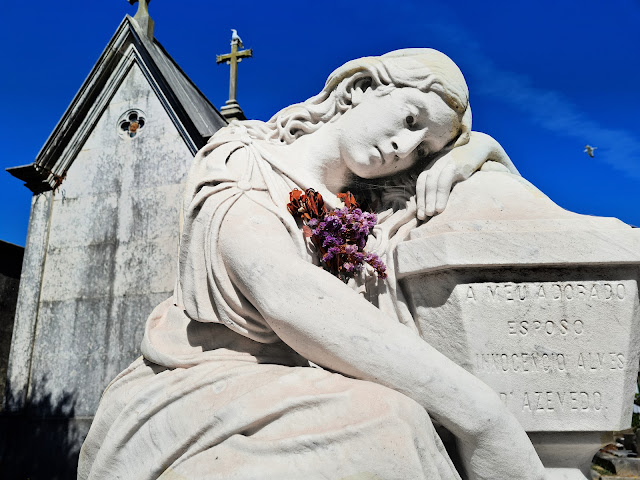 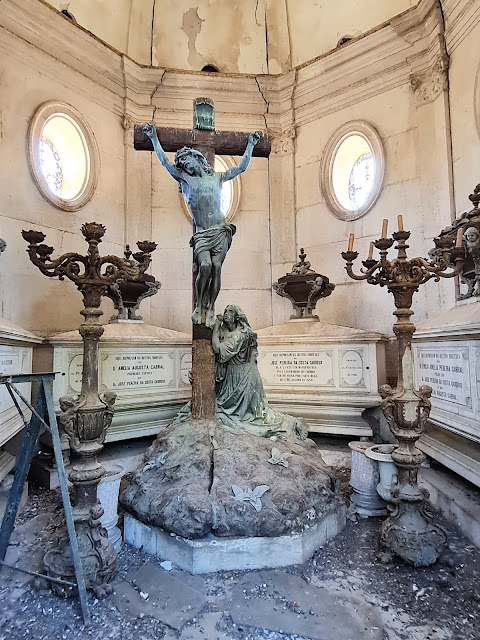 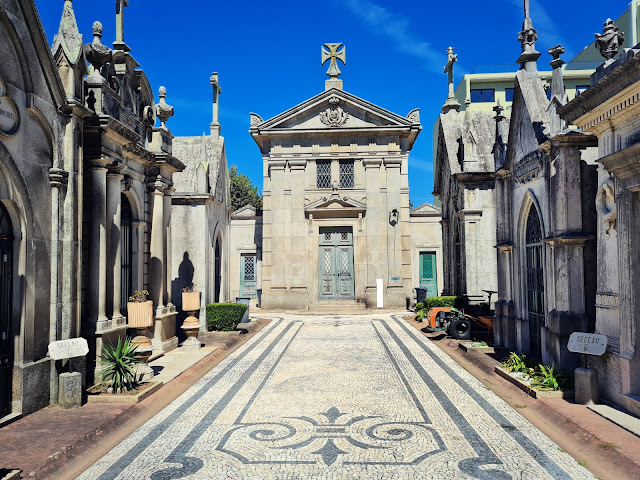 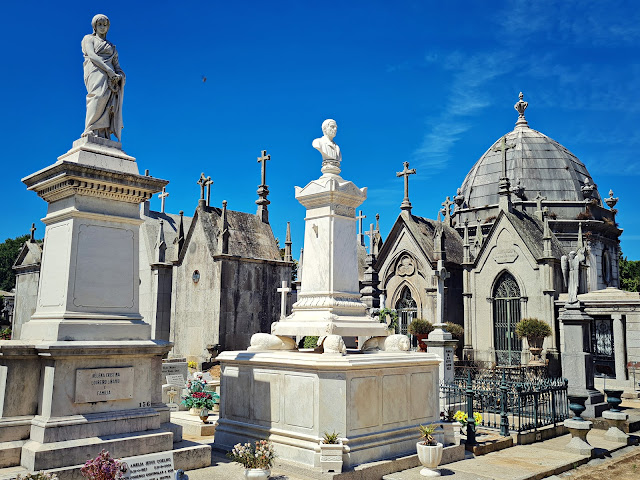 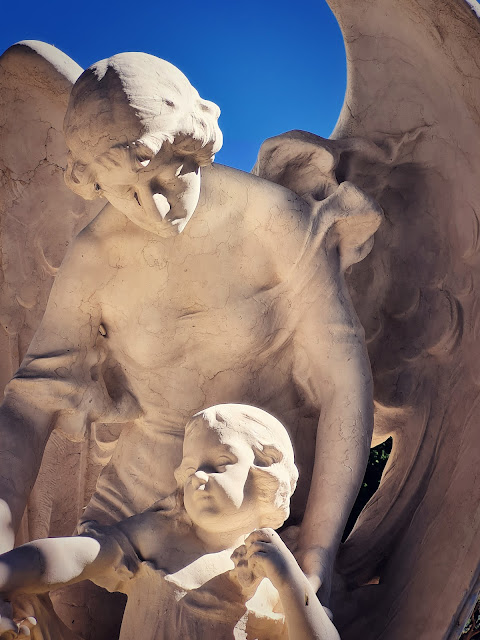 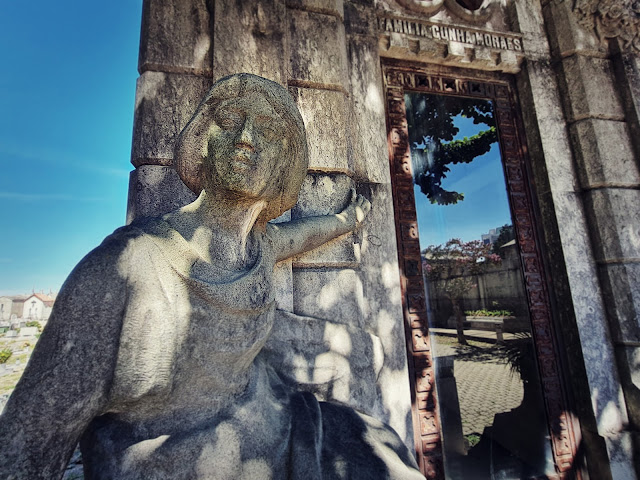