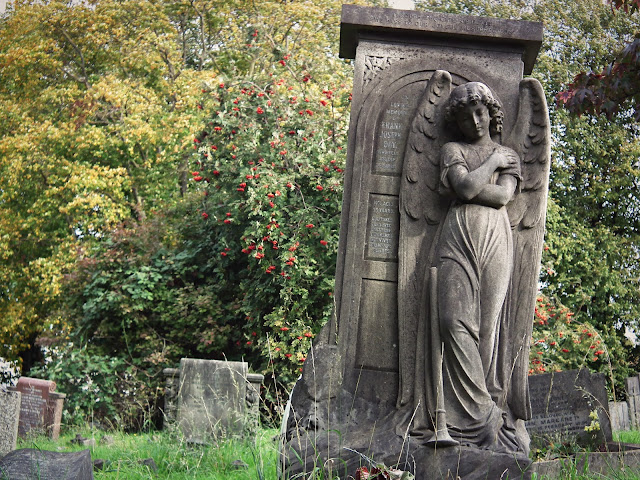 Gap Road Cemetery, say Meller and Parsons haughtily, “must be placed firmly in the second division.” The use of the word ‘firmly’ is interesting, as though poor Wimbledon might be guilty of getting ideas above its station and needs to be sternly reminded that it is not a cemetery worth anyone going out of their way to see. It was originally opened as a 20-acre site in 1877; “Two Gothic Chapels, each with a small broach spare, were by Sir Banister Fletcher and the ground ‘laid out’ for £6,000, but it is not a very distinguished complex and rather spoiled by a glass roof mortuary placed squarely in the middle,” they say in ‘London Cemeteries’. They go on to complain that the best memorial, the Cooke mausoleum has attracted vandalism and is now “in a sorry state” and that the prime grave plots near the paths “have all been cornered by local dignitaries, mayors and local councillors of the Borough”. I was there a couple of years ago on a bright, sunny October day with the temperature in the low 20’s – it didn’t seem so bad to me. There are a lot of angels and unusually, an Ankh memorial for local doctor James Milward who died in 1917. There are few persons of note buried here though somewhere in its extended 28 acres is the grave of poet Eliza Cook which I have been promising myself to try and find. 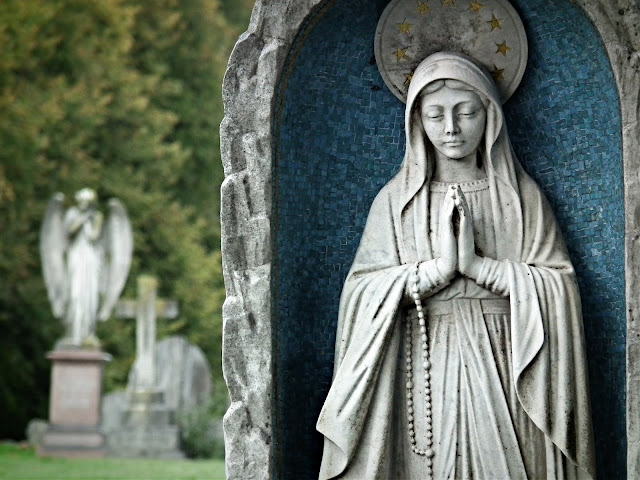 Complaints about the cemetery apparently started early. A disgruntled ratepayer from Wimbledon wrote to the Surrey Comet on 10 April 1877, complaining bitterly about cemetery mud;

Sir,—l was glad to find that the suggestion in your columns that planks should be laid from the pathways to the open graves in this cemetery had been attended to by the authorities. I would submit, however, that on very damp days (it is doubtful if we have had many days of any other kind since the opening of the cemetery) that there should be a little more liberal supply of boards at the grave. The boards on the day I saw them held about 10 people. If one of the mourners had stepped off the mound, he or would have been ankle deep in slough. Something has certainly been done in the right direction but a little more is needed for the comfort of those whose sorrow, not pleasure, induces their attendance. The Burial Board, I feel confident, have but one desire, and that is to minister to the convenience and comfort of the parishioners. I hope therefore when next I stand by the side of a grave it will not be in the sticky mud, but, if a damp day, upon a parish board, the expense of which the vestry assuredly will never grudge. I am, &c. RATEPAYER Wimbledon April 10. P.S. —How will gravestones when erected retain their perpendicular in the present state of the soil? 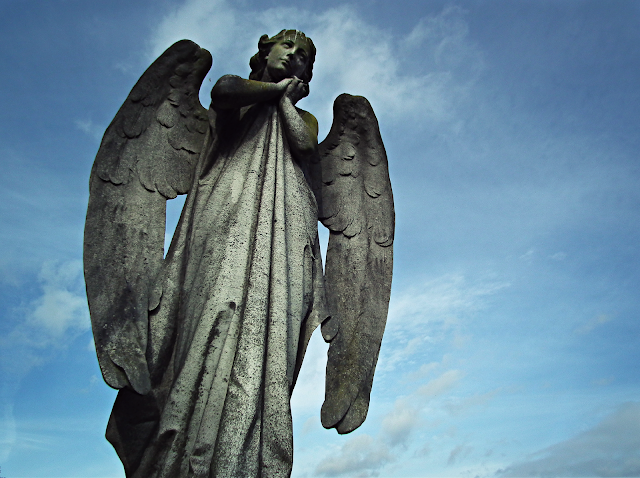 The mire in the cemetery was not the only bone of contention amongst the ratepayers of Wimbledon. The annual Easter vestry meeting held on the evening of the 3rd April 1877 in the church hall had been unusually well attended and noisy almost to the point of rowdiness. The meeting started with the vicar, the Rev. Haygarth, taking the chair and having one of his churchwardens, Mr Stride, explain that the annual accounts were not quite ready to be audited and suggesting that another meeting be held in 3 weeks’ time to examine them. The vicar then announced the appointment of a new churchwarden. So far, so good. But when Mr Stride moved, and Colonel Cole seconded that Mr Arthur Harmer be appointed sexton, all hell broke loose. Mr Scott, backed by Mr Paxton, said that as the churchyard was about to be closed there was no necessity for a sexton. Someone suggested a compromise, make the cemetery superintended the Sexton. This proposal was howled down as being completely inappropriate. Colonel Cole, having proposed Mr Harmer for Sexton then began to argue that the post was purely for the churchyard and that the burial board, responsible for the cemetery, could not interfere in the freehold of the churchyard which belonged to the vicar. “Would you allow the burial board to dig in your garden?” he asked “It is your freehold for the time being – at least I hope it is!”  The proposal to appoint a sexton was voted down by 40 votes to 33. The unstated issue, as was often the case in these sorts of disputes, was the church’s right to charge a burial fee in the cemetery. Despite the vote of the Vestry the Vicar went on to appoint Mr Harmer as Sexton and also authorised him to collect burial fees. Two years after the vestry meeting the burial board felt obliged to put a notice in the Surry Comet (19 April 1879) warning parishioners not to pay fees to the parish Sexton:

WIMBLEDON LOCAL BOARD. WIMBLEDON CEMETERY. SEXTONS FEES. IT having come to the knowledge of the Wimbledon Burial Board, that the Pariah Clerk (Mr. Arthur Harmer), has demanded, and in many cases, received Fees as Sexton, when Burials have taken place in this Cemetery. Notice is hereby given, that the Board has never authorised Mr. Harmer to receive such Fees, nor has or any other person, been appointed Sexton. It is therefore particularly requested that, if demanded, no such Fees be paid. By order W. H. WHITFIELD, Clerk. Wimbledon Burial Board Office 2nd April 1879

How the matter was finally resolved I don’t know but financial conflicts over fees between the parish and the management of the new cemeteries was not uncommon in 19th century London. 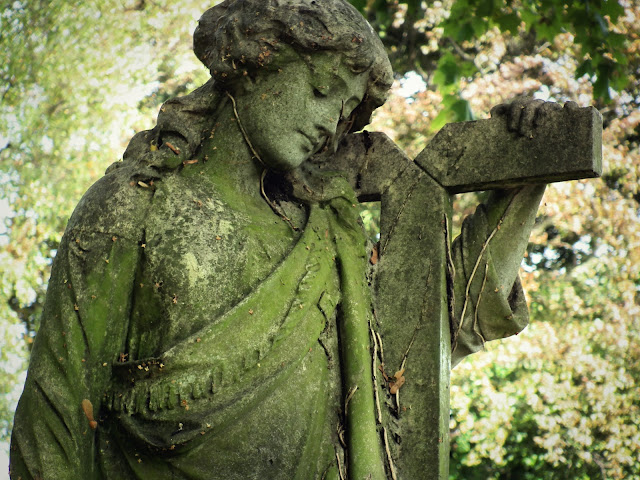 The Glasgow Herald of 12 November 1900 gave more prominence to the Queen’s representative at a funeral in the cemetery than it did to the actual deceased, a table decker at the palace, a flunky whose job for almost 30 years was to set the table for Royal meals;

Mr Brook Taylor, one of the Queen's Gentlemen Ushers. represented Her Majesty at the funeral of the late Mr Kirby, which took place at Wimbledon Cemetery yesterday. Mr Kirby was in the Queen's service 56 years, and for the last 29 years was Her Majesty's principal table decker. 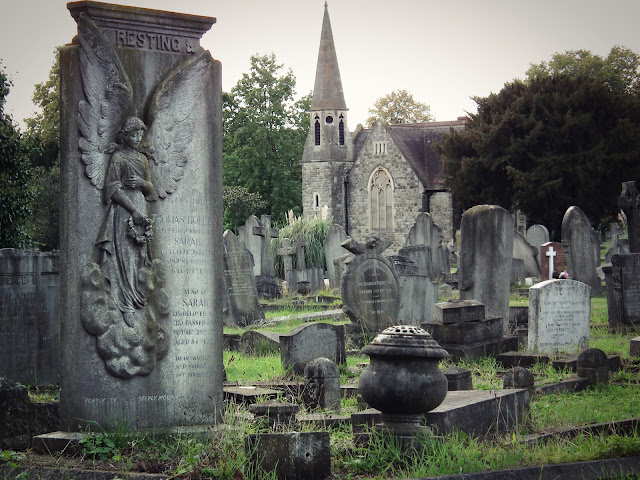 In the days when being alive at 100 was a very rare event indeed, the newspapers always loved a centenarian. Mrs Coke, the Leinster Reporter noted on 9 April 1904, came from a family of long-lived individuals;

Mrs Coke, of Hartfield-road, Wimbledon, died last week at the age of 101, and was buried in Wimbledon Cemetery on Saturday. She had lived in the reigns of five monarchs.  Up to April last she was able to do light household work and to sew, knit, and read Mr Bible. Her father died at the age of 101, and her mother was within three months of that age at her death. Mrs Coke leaves a son who is seventy-two, and a daughter-in-law who is seventy-four.

A couple of years later the Cheltenham Chronicle (14 April 1916) were reported the death of ‘the oldest farmers widow in England’;

DEATH OF A CENTENARIAN. The funeral of Mrs. Cordeaux, who was the oldest farmer's widow in England, took place at Wimbledon Cemetery on Tuesday. Mrs. Cordeaux died on the 4th inst. at her residence, Trevose, Worcester Park, and she was 103 years old. Deceased was possessed of wonderful faculties up till the last, and took great interest in Parliamentary matters, the doings of the Royal Family, and also local politics. Her memory was exceptionally keen, and she vividly remembered and related incidents of the Napoleonic wars and reminiscences of the time when there were taxes upon windows and saddle horses. The deceased and her husband, James Cordeaux, who was a well-known farmer, and died at Raynes Park in 1890, spent most of their lives at Lutterworth, Warwickshire, where they celebrated their diamond jubilee. 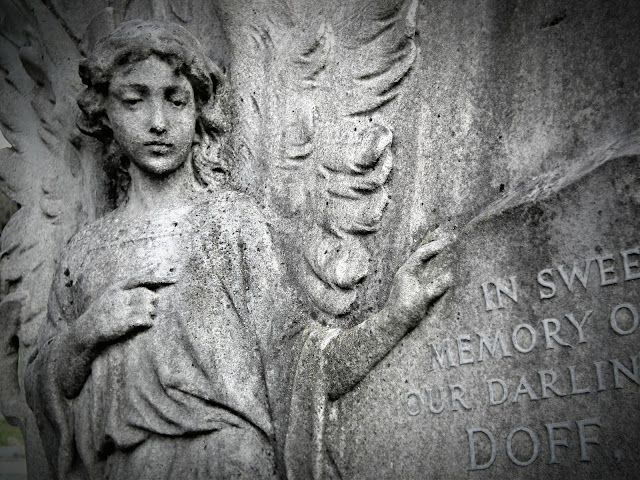 And finally, from the Sporting Gazette of Saturday 21 January 1882, the premature demise of an apparently well known coach guard;

COACHING NOTES. On Saturday morning last, Robert Rear. who has for many years been the well-known guard of the Windsor Summer and Ramsgate and Canterbury Autumn coaches, dropped down dead as he was going Into the yard by the side of his coach, at 7, Edgware-road; it may truly be said that he died In harness. A subscription has been started to defray the expenses of his funeral, and to give a helping hand to his widow and six little children, the eldest of whom is but thirteen years, and the youngest fourteen months. All coaching men knew him, and many thousands of passengers who have heard his stories and the sound of his horn will no doubt come forward to assist the widow and orphans in their dire distress. Major Dixon has opened a list at the Badminton Club and at the White Horse Cellars, where Mr Banks will receive any subscriptions, and we need only say that we shall gladly do the same, and all subscriptions sent to " The COUNTY GENTLEMAN" will be acknowledged in these columns. The funeral takes place to-day at Wimbledon Cemetery, at 12.30, when the Oatland Park Coach (Mr. Bonverie's) will not run its regular route, but wiII take down any coachmen and guards who wish to attend to pay a last tribute to one who was always civil and obliging to his passengers, and ready to give a helping hand to everyone. 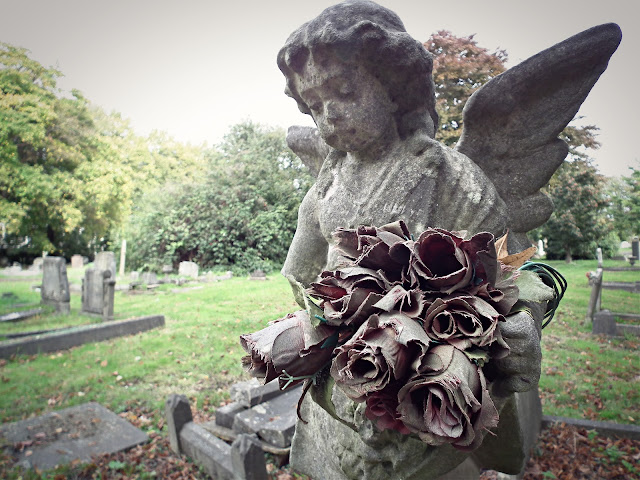