There is a corner of a foreign field, that is forever Deutschland; Carl Hans Lody (1877-1914) East London Cemetery, Plaistow 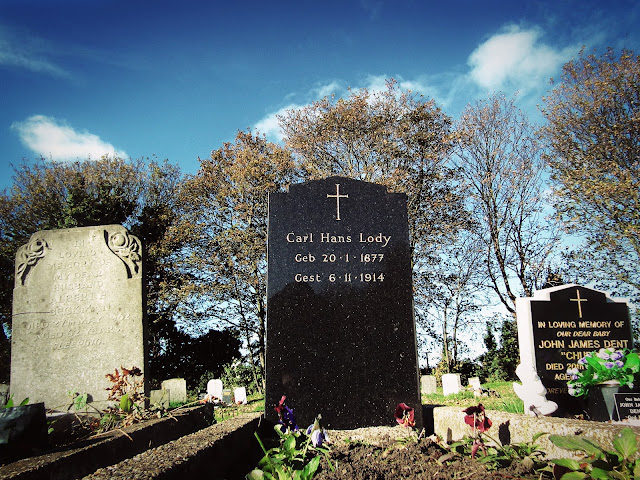 The body of German spy Carl Hans Lody lies buried in a common grave in a far corner of the East London Cemetery in Plaistow.  He was executed just three months after the outbreak of the First World War, on 06 November 1914. Despite becoming something of a national hero in Germany his grave lay unmarked until a plain black marble headstone was finally put up in 1974. In the 1960’s, when they were planning to open their cemetery at Cannock Chase, the Volksbund Deutsche Kriegsgraberfursorge, the German War Graves Commission, had made enquiries about exhuming Lody and other German spies buried in Plaistow. Under British law they would have needed the permission of the relatives of the other people buried in the common graves; tracing the living relatives of up to five deceased paupers made this an almost impossible task.

Lody was born in 1877 to a prosperous middle-class family in Berlin; his father was a government official who served as Mayor of the town of Oderburg, close to the Polish border. His father died after a short illness when Lody was 6 and just two years later, at the age of 8, he was left an orphan when his mother also died. He grew up in an orphanage of the Franke Foundations in Halle and at 14 was apprenticed to a grocer. At 16 he moved to Hamburg and signed up a cabin boy in a merchant ship before serving for a year in the Imperial German Navy. He became a naval reservist whilst working on merchant ships but his fortunes took a turn for the better when he found a job working as a tour guide for the Hamburg America Line. One of his clients was a 23-year-old wealthy German American heiress Louise Storz of Omaha, Nebraska. They were married in the US in 1912 but in the face of staunch opposition from Lody’s in laws the marriage lasted a mere three months. The newly wed reputedly accepted $10,000 from his father-in-law to divorce his bride. Lody returned to Berlin and lived a lavish lifestyle until his $10,000 dollars ran out. Speaking excellent English and familiar with the United States Lody was recruited as a naval spy in May 1914. With little or no training, he was posted to Scotland under the cover name Charles A. Inglis with a false American passport, arriving in Newcastle from Denmark on 27 August 1914 to report on naval movements in the Firth of Forth. His very first despatch to his handlers was intercepted by M15 as it was sent to an address in Stockholm known to be a postbox for German spies. From then it was only a matter of time before he was arrested. He remained at large, but under observation by MI5 for just over a month, all his reports intercepted but some allowed to reach his superiors if the information they contained was harmless or incorrect. Suspecting that the British authorities were onto him he fled to Ireland where he was arrested on 02 October at the Great Southern Hotel in Killarney. 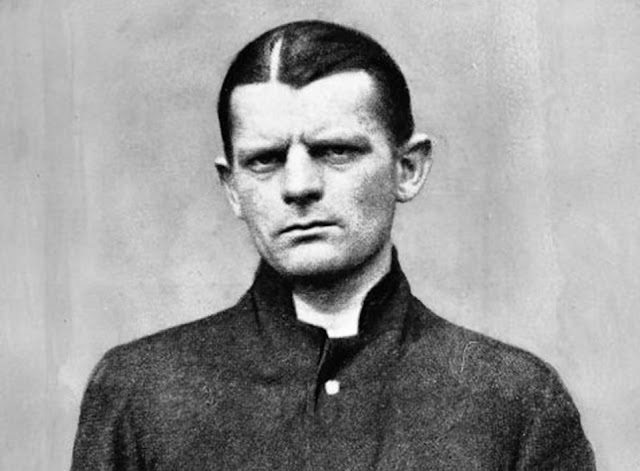 Lody was publicly tried for the crime of War Treason at the Middlesex Guildhall on 30 October. The trial lasted three days and was the only public trial for espionage conducted in either of the world wars. His admission of guilt and his dignified demeanour gained Lody much public support but neither this, nor the fact that he had not been able to pass on any information even remotely useful to the German war effort, did not stop him being sentenced to death. He was executed by firing squad at the Tower of London on 6 November. The following account of his execution comes from the Aberdeen Evening Express of Wednesday 11 November 1914:

HOW LODY MET HIS FATE. DRAMATIC SCENE IN THE TOWER. Eight Rifles Rang Out with One Report.

Describing the military execution of Carl Hans Lody. the German spy, in the Tower of London, the Daily Mail says he was executed by shooting on Friday last. To the very end he maintained his calm imperturbability which characterised him throughout the three days’ trial, and when facing the firing party refused to be blindfolded. The execution took place in the miniature rifle range at the Tower just as dawn was breaking. Overnight Lody. who had been duly told his fate, was removed from Wellington Barracks, where he had been confined since the trial, to the Tower and given accommodation in one of the guard rooms. Later eight men under the command of a sergeant and an officer marched to the fortress. Just before daybreak the soldiers were roused and marched to the rifle range, being followed immediately, by Lody, who walked quite firmly into the place of execution. He seated himself in a chair at the far end of the range. Folding his arms and crossing his legs he leant back. The sergeant cried "Present—fire." The eight rifles rang out with one report, and Lody was dead. Subsequently his body was buried within the precincts of the Tower. The sentence was not directly disclosed on Tuesday, November 3, when the Court-Martial came to an end, but it was evident to all present when the Judges returned after six minutes' deliberation that their verdict was “Guilty." This was confirmed by the subsequent question of the Judge, who, instead of ordering the prisoner's release, asked him if he had any statement to make, to which Lody replied unflinchingly, “No, not on my own behalf." Two or three hours after the execution of Lody, Mr Wynne E. Baxter, Coroner for the Eastern and Liberty of Tower District, went through the legal formality of inquiring into his death. The jury was composed of men engaged in the Tower of London. The warrant ordering the execution was produced. A military doctor certified that death was caused by gunshot wounds, and the jury returned a verdict accordingly.