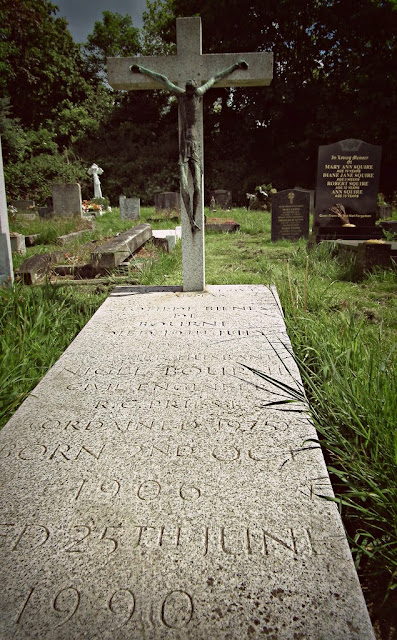 It is unusual to see a Roman Catholic priest buried with his wife (Clotilde Bienes) or the first line of his obituary draw attention to his four children. The brief details given in the Catholic Herald's obituary make it clear that he was an unusual priest in many respects:


Fr Nigel Bourne, a priest of the Northampton diocese and father to four children, has died at the age of 83. Fr Bourne was ordained in Rome on Easter Monday, 1975 at the age of 69 after a distinguished career as a civil engineer. Fr Bourne's Spanish wife Clotilde had died ten years earlier. 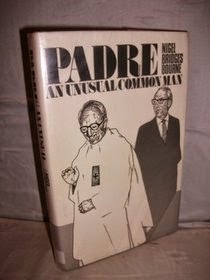 While working in Spain on the Santander-Mediterranean railway in the late 1920s, he met his wife and before their marriage in 1933 converted to Catholicism. He became involved in the Spanish Civil War on the Nationalist side and was placed on a hit list by the workers' committee which took over his company in Madrid. He later worked with refugees fleeing the second World War in Spain on behalf of the British government.


After his ordination Fr Bourne worked in the Northampton diocese until he reached retirement age at 75 when he moved to the southern coast of Spain, returning occasionally to the diocese as a supply priest. He is survived by two daughters and a son. He published an autobiography in 1985, ‘Padre-An Unusual Common Man.’
Catholic Herald 20 July 1990