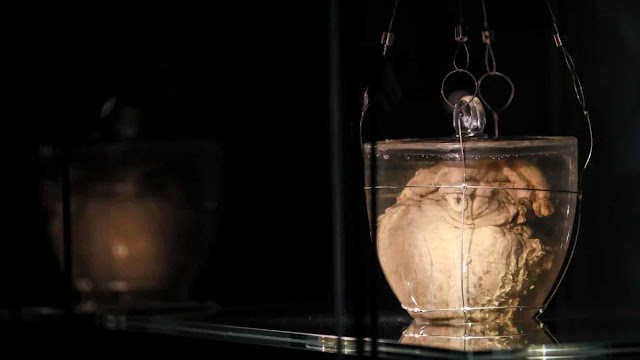 When we say, in English, I left my heart in… (San Francisco or wherever), it is merely a figure of speech indicating our fondness for a particular place. When Dom Pedro I, Emperor of Brazil, left his heart in the Portuguese city of Porto, he left it literally, in a jar of formaldehyde. Last summer we arrived in Porto on the 21st of August, the day Dom Pedro’s coração was removed from a mausoleum in the church of Lapa, where it had laid more or less undisturbed for the last 187 years, and was sent by military jet to Brasília to take part in Brazil’s bicentennial celebrations. I knew nothing about this until we were in the hotel in the evening watching SIC Notícias. My ignorance cost me the rare opportunity of seeing the heart of a king, as Dom Pedro’s had been, very briefly, put on public display in the church before being sent on its 8000 kilometre journey to South America. It is unusual, to say the least, for a disembodied heart to form the focal point of independence celebrations and to be received, after travelling in the passenger seat of a Brazilian air force jet, with all the pomp and ceremony that would have been accorded a living head of state including a cannon salute, a guard of honour and full military honours. After arriving in Brasília Dom Pedro’s heart was allowed a much-needed night of rest at the Palácio Itamaraty before taking a Rolls Royce next morning to an official reception with Jair Bolsonaro in the Presidential Palace.  In the skies above Brasília six military jets drew a vapour trail heart to welcome the heart. Whether all this was strictly necessary given Brazil’s many economic and military problems especially as the rest of Dom Pedro’s body has been in Brazil for the last 50 years, largely forgotten in the crypt of the Monument to Independence in São Paulo.

Dom Pedro had a short but eventful life. His father Dom João VI, acted as regent for his mentally unstable grandmother, ‘mad’ Queen Maria I and his mother was Doña Carlota Joaquina, the daughter of the King of Spain. At the time of their marriage his father was 18, his mother just 10; she tried to bite off his ear on their wedding night. It was a deeply unhappy union; Doña Carlota never reconciled herself to life with her husband or in Portugal, refusing to be sexually faithful (Dom Pedro’s own paternity is not a matter of certainty) and going as far as plotting to overthrow him with a group of disgruntled Portuguese nobles. As the second son of the miserable marriage, Dom Pedro only became heir to the Portuguese throne when his older brother died of smallpox at the age of 6.  As a 9-year-old he was forced to flee to Brazil, along with the rest of the dysfunctional royal family, when the Napoleonic army invaded Portugal. The only liberal in a family of absolutist monarchs, he grew up at loggerheads with his father and hating his mother, who he referred to as ‘a cadela’, the bitch. When his father was forced back to Portugal by the Liberal revolution of 1820, Dom Pedro took advantage of his position of Regent in Brazil in 1822 by impetuously declaring the liberation of the colony from Portuguese rule in an impromptu speech made to his followers from the saddle of a bay mare whilst out riding. He became King of Portugal in 1826 but after just two months abdicated in favour of his daughter, who became Maria II and was known popularly as a Boa Mãe, the good mother of her country . In 1831 he was forced to finally return to Portugal to fight in a civil war against his younger brother Miguel, who had usurped the crown from Maria. He married twice, had numerous extra marital affairs and 14 known children by 5 different women. He died of tuberculosis in the Palácio de Queluz in Lisbon in September 1834 at the age of 35. 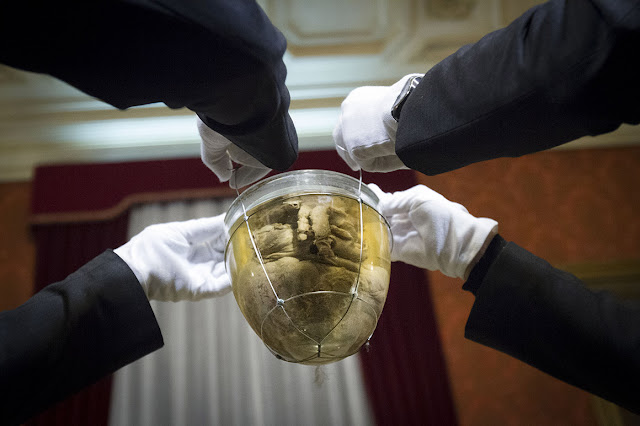 As he lay dying in Portugal Dom Pedro dictated a 14-page letter of exhortation to the people of Brazil. This letter, dated at 4am on the 23rd September 1823, the day before he died, gave his instructions on what was to happen to his corpse:

Brasileiros! Eu deixo meu coração à heroica Cidade do Porto, teatro da minha verdadeira glória, e o resto do meu despojo mortal à Cidade de Lisboa, lugar de minha nascença. (Brazilians! I leave my heart to the heroic city of Porto, the theatre of my true glory, and the rest of my mortal remains to the city of Lisbon, the place of my birth.)

When his doctors removed the heart they must have been astounded at its size; it is hugely engorged and its weight is often said to be 20lbs. Now this surely can’t be right? Even a large human heart rarely exceeds one pound in weight – in fact any male heart weighing more than a pound is considered to be suffering from cardiomegalya, abnormal enlargement of the cardiac muscle. 20lbs would be about right for a giraffe heart. A human heart that size wouldn’t fit into the chest cavity unless you removed everything else that is supposed to be in there! Don Pedro’s heart may be big but it cannot weight 20lbs. It took eleven years for Dom Pedro’s heart to reach its final resting place; political instability in Portugal led to endless delays about where it should it buried and so it remained at Queluz under armed guard until a final decision was made. On 4th February 1836 the heart was sent via the battleship Jorge IV to Porto with a 70 strong guard of honour, a journey which lasted 3 days. The heart is kept in a glass jar of formaldehyde, the jar is inside a silver urn, which is held in a gold reliquary and the whole ensemble stored in a mahogany coffin. The coffin is kept behind a copper plaque inside a mausoleum which requires five different keys to open it. Stealing Dom Pedro’s heart is almost mission impossible.

His body, left to the city of Lisbon, was interred alongside his royal ancestors in the Pantheon of the House of Braganza in the Monastery of São Vicente de Fora in Lisbon. The body remained there until 1972 when the military junta in Brazil requested that it be repatriated to Brazil in time for the 150-year anniversary of independence. It was the dying days of the Estado Novo, Salazar had died in 1970, and the country was embroiled in a set of disastrous wars in almost all of its colonial possessions. Virtually friendless on the international stage, Brazil’s military dictatorship was one of Portugal’s few allies. So when they asked for the corpse of a dead king Portugal was happy to agree and to throw in a couple of dead Princesses as well, to keep Dom Pedro from getting lonely in his new home in the specially built crypt of the Monument to Independence in São Paulo.