‘Is there anybody there?’ said the Traveller; St Mary's Catholic Cemetery, Kensal Green 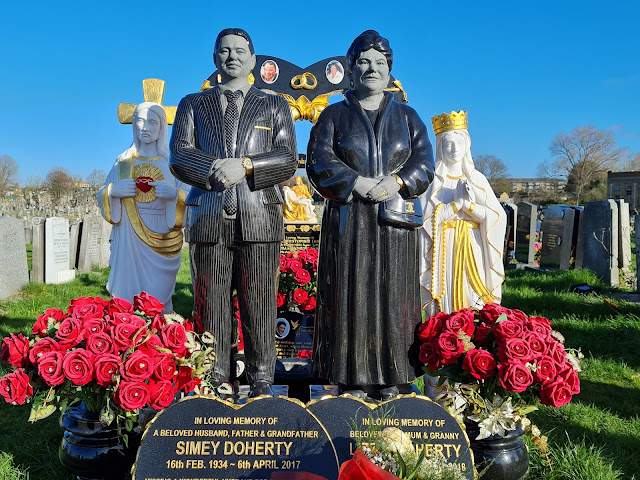 BIG FAT GYPSY FUNERAL Hundreds of Travellers from across UK descend on Surrey for funeral of Big Fat Gypsy Wedding star Paddy Doherty’s dad, hailed the ‘father of all Travellers’

Mourners joined the Big Fat Gypsy Wedding and Celebrity Big Brother star to say goodbye to Simon Doherty, remembered as the "father of all Travellers". More than a dozen silver Rolls Royces, each bearing the Irish tricolour, lined up outside St Michael's Church in Ashtead, Surrey. Mr Doherty's coffin was emblazoned with the colours of the Irish flag and the message: "Simon Doherty - blacksmith, King of all Doherty's".

Paddy said: "He was like Mafia in his own way, not in a bad way - any trouble they would go to him. He was like the godfather - what he said was law. He said I want no one crying at my funeral, I want them happy, singing and get them drunk." The 58-year-old former bare knuckle fighter sat with his hand resting on his father's coffin throughout the service.

Floral tributes were laid on the altar in the shape of an Irish shamrock, bottles of whisky, pint of Guinness and a Rolls Royce. Irish dancers performed and a video footage of Mr Doherty senior in a horse race was played at the service. Paddy added: "He wasn't an average man - he was outstanding, a great man. Everything had to be five stars for him, he lived the best and was the best. My poor mother - her heart is devastated, her heart is broken. I'm so grateful how many people have turned out - we just want everything to go well, everything has to be tremendous and over the top." 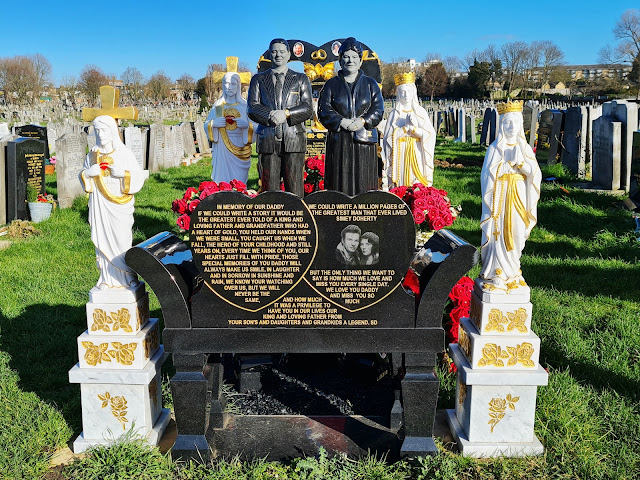