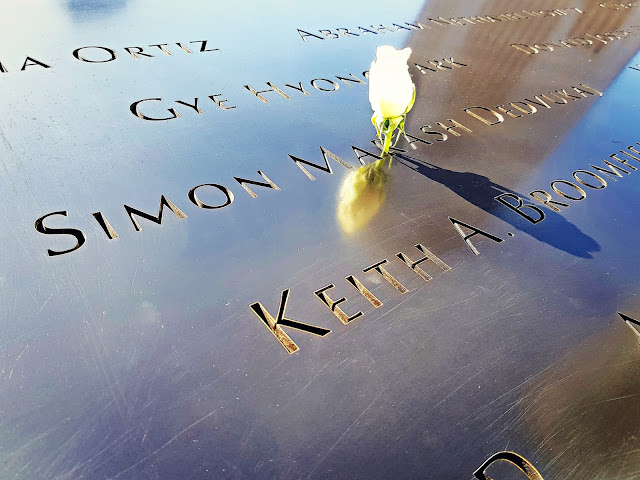 There are some events so momentous that most of us remember where we were and what we were doing when we first heard about them. In the early afternoon of 11th September 2001, I was sitting at my desk on the top floor of Bridge House in Stratford, then the location of the London Borough of Newham’s Housing Department. I recall it being a sunny day but this could be a false memory, a translation of that day’s blue skies in New York, seen countless times since in video reruns of the day’s events.  Twenty years ago I didn’t own a mobile phone (though almost everyone else over the age of 12 and under 60 did) and Google was in its infancy – there was no continuous stream of data delivered to work desk tops, no instantaneous news up dates via the internet. Instead, I received a phone call from my wife, on my direct work landline number, shortly after lunchtime. She was at home looking after our two young daughters, one of them was just a month old and from her slightly hysterical tone I was worried something was wrong with the baby. She isn’t a native English speaker and 20 years ago she struggled sometimes to understand the language used on TV news programmes. “I think the third world war has broken out,” she told me, “Someone is blowing up the skyscrapers in New York, there are bombs going off everywhere. Is it the Russians?” I looked around the office, most of my colleagues were in somnolent early afternoon mode, slouching in their chairs and tapping languidly at their keyboards or conducting hushed conversations over the phone, apparently without a care in the world. It seemed unlikely that a world war could have broken out without anyone knowing about it. I told my wife to slow down and tell me exactly what was happening on the TV screen. She started to describe planes flying into the sides of high-rise buildings, the shots were different angles and she couldn’t tell how many buildings were involved. “I think they are saying it is terrorists,” she eventually said. 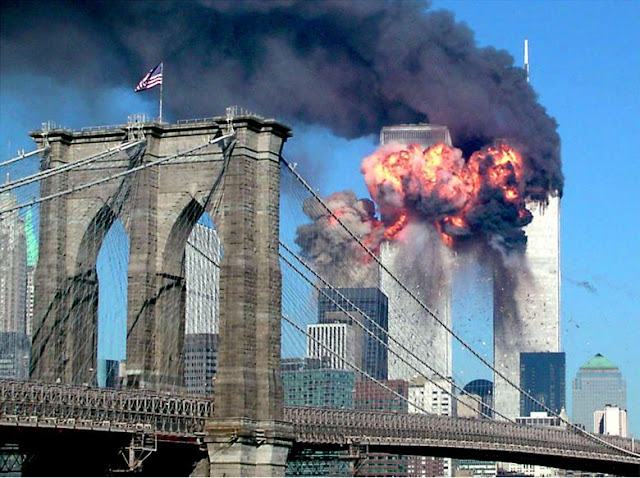 The twentieth anniversary has brought a lot of TV coverage looking back at the appalling events of that day. On Tuesday I watched a harrowing documentary called ‘9/11: Life Under Attack’. Manhattan in 2001 was a city bristling with amateur and professional film makers and the attacks on the Twin Towers had half the city reaching for their camcorders. The documentary features footage filmed from people’s apartment windows, their balconies, the roof of their buildings and from the streets. Sadly, bomb attacks on the citizenry of large cities are a staple of modern warfare; Guernica, the blitz in London, the carpet bombing of Dresden, Hiroshima, Nagasaki, Aleppo, Raqqa. But the attack on the Twin Towers was the best documented, the most filmed. Slaughtering the innocent inhabitants of a city from the air is an appalling act of barbarity and stupidity whichever country, regime or organisation carries it out and no matter what reason they find to justify it.

I visited New York in February 2020, just before the pandemic closed down inessential foreign travel and went to the National September 11 Memorial & Museum on the 17th. There were white roses on the names of some of the victims on the memorial. I wasn’t sure why when I took a photograph but have since discovered that the staff at the memorial place a white rose against the name of each victim on their birthday. If he had lived Simon Marash Dedvukaj would have been 45 on the 17th February 2020, but he died aged 26 on 11th September. He was born in Brooklyn in 1975 to Albanian parents. He was a janitorial foreman for ABM Industries based on the 95th floor of the North Tower. His parents had spotted a potential bride for their son at a wedding in Albania and they persuaded their son to go there to see the girl. He had been married to Elizabeth for just ten months when he died. He was buried, twice, in the Gate of Heaven Cemetery in Westchester County. His first funeral took place in 2002 but in 2005 his family received a call to say that further remains had been identified by DNA as belonging to Simon and a second funeral was held with 150 people attending.