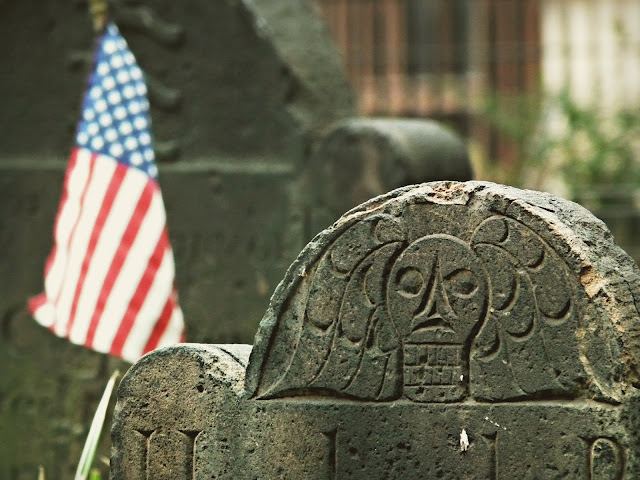 To the New Yorker who takes patriotic pride in the place of his birth and to the American citizen who has made his home here, there is not a crumbling tombstone in the consecrated enclosure that does not bring up recollections to stir his heart to the core. There is a complete history of New York, from the day when it passed into the possession of those who spoke our language and professed our creed, written on these stones, and in the names graven on the slabs that cover the entrances to family vaults, there are links that connect with the time of Governor Petrus Stuyvesant and reach back almost to the day when Governor Minuit purchased from the red man the title to the territory of Manhattan Island. 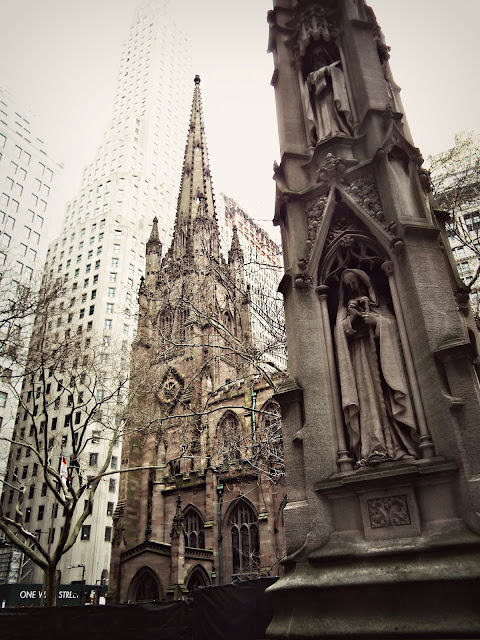 We seem to be living in slow motion. It was a mere five weeks ago that I was in New York taking photos in Trinity churchyard, jostling with crowds of fellow tourists on Brooklyn Bridge, walking on Broadway and Wall Street, riding the subway, strolling in Central Park; all the while brushing past hundreds of people at a distance of much less than 2 metres.  I only half listened to the news about the slow inexorable spread of Covid-19 from Asia to its first tentative footfalls in Europe; I was more interested in Michael Bloomberg's attempts to buy the Democratic nomination for presidential candidate. 5 weeks later I’m not allowed to leave my house and New York, like London, is in lockdown with over 30,000 confirmed cases and an exponentially rising death toll. It seems like a hundred years ago, those 5 weeks between today and BC, before Coronavirus. It still doesn’t seem real; I feel like a somnambulist strolling around a vaguely menacing dream. The empty streets, the air of suppressed panic people have in the supermarket, the constant messages from H.M. Government to stay indoors... I haven’t witnessed any of the horror yet but I know it is out there. I can sense its lurking presence waiting to snatch away anyone unlucky enough to come too close. I spend a lot of time in cemeteries but not enough to feel blasé in the presence of death. 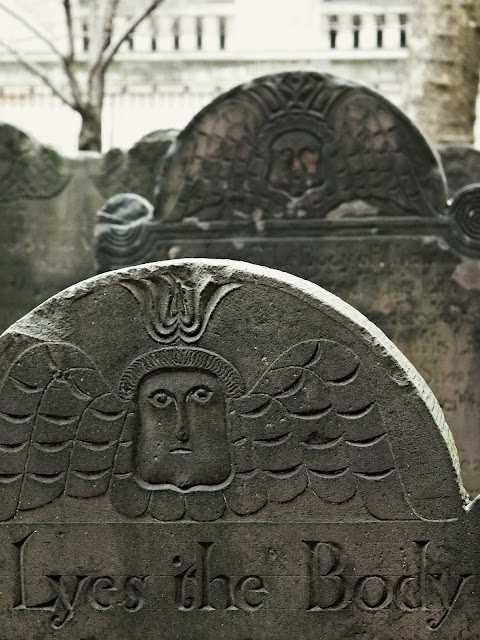 Disappointingly much of Trinity churchyard was closed for renovation when I visited. About a third of the north churchyard and the whole of the smaller south churchyard were shut. The south churchyard is about half the size of the north churchyard which I thinks means that I saw about two thirds of two thirds of the total burial ground. I haven’t multiplied fractions since my schooldays (and I never really understood what I was doing even then) but this is a straightforward bit of arithmetic I think; 2/3 x 2/3 = 4/9 which would mean I saw less than half of the burial ground. The south churchyard, which I missed in its entirety, holds the famous graves. Currently the most popular is an elaborate white marble chest tomb surmounted by four urns and a pyramid which is the final resting place of Alexander Hamilton and his wife Elizabeth Schuyler. The founding fathers once flagging reputation has revived spectacularly in the last sixteen years, initially as a result of Ron Chernow’s 2004 biography, but principally because of Lin-Manuel Miranda’s hugely successful Hip-hop musical. Once quietly ignored the grave is now a place of pilgrimage for fans of the Broadway show who leave roses, lilies, pebbles and coins on top of the tomb as marks of respect and remembrance. Also buried in the south churchyard is Robert Fulton, who invented a submarine at the behest of Napoleon, designed torpedoes for the Royal Navy and developed of the first commercially successful steamship, the North River Steamboat which made its maiden voyage between Manhattan and Albany in 1807. 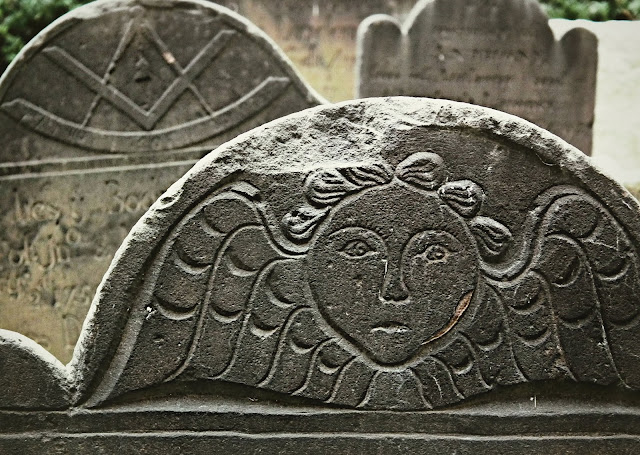 Governor Benjamin Fletcher granted permission in 1696 for the Church of England to buy land for the construction of a church in Lower Manhattan. The plot of land at the end of Wall Street was once a formal garden but was then being used as a burial ground, had an annual rent of 60 bushels of wheat. The recently widowed William of Orange granted Trinity Parish its charter in May the following year and in 1698 the first church was built facing the Hudson and with the assistance of Captain William Kidd who lent the block and tackle from his ship. Kidd was already in deep trouble; his reputation had plummeted following the killing of one of his crew, gunner William Moore, the previous October, when Kidd had brained him with an iron bucket for failing to follow orders to attack a Dutch ship. He had been declared a pirate earlier that year following his taking of the Quedagh Merchant off the coast of Cochin. He sailed to New York where Richard Coote, the 1st Earl of Bellomont, who was one of his backers as a privateer had taken over as Governor from Benjamin Fletcher. His attempts to ingratiate himself with the Governor and the church authorities did him no good; he was arrested and shipped back to England in chains where he was executed as a pirate at Wapping in 1701. 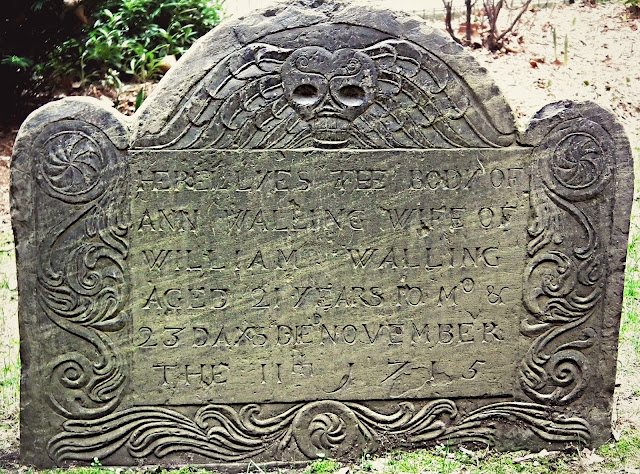 The first Trinity Church was a modest structure with a gambrel roof and a small porch. It survived until its incineration in the great city fire of New York in 1776 (its chapel of ease just up the road, St Paul’s, survived the conflagration). Construction on a second church began in 1788. 200 feet tall and longer and wider than its predecessor, the second church lasted until 1839 when it was demolished after being weakened in severe snow storms the previous winter. The current gothic revival church was designed by Anglo-american architect Richard Upjohn and built between 1839 and 1845. For 24 years following its construction it was the tallest building in the United States; in 1869 the Catholics snatched the title by building St Michael’s in Chicago. Trinity is still the richest parish in the United States thanks to a land grant by Queen Anne in 1705 that increased the parish’s holdings to 215 acres. The parcel of land stretched along the Hudson from Fulton to Christopher Street and encompassed much of what is now Tribeca and the West Village. Land that wasn’t used for building new churches or burial grounds over the next two hundred years gradually became some of the world’s most expensive real estate; the current rector, the Rev. Dr. William Lupfer, says that the parish’s portfolio is currently valued at $6 billion. 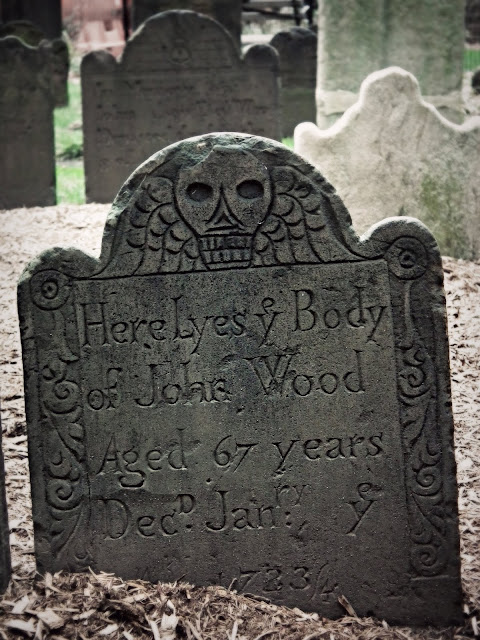 The oldest gravestone in the churchyard, that of 5 year old Richard Churcher who died in 1681, predates the first church by 17 years and is presumably a relic from the old burial ground. The headstone is, rather unusually, double sided with a crowded inscription on one side:
W. C.
HEAR.LYES.THE.BODY.
OF.RICHARD.CHVRCH
ER SON.OF.WILLIA
M.CHVRCHER.WHO.
DIED.THE.5 OF.APRIL
1681.OF.AGE.5.YEARS
AND.5.MONTHS


and a crudely carved skull and crossbones and flying hourglass on the reverse.  Next to Richard’s headstone stands another to one Anne Churcher, possibly his sister, who died in 1691 at the age of “11 years & 3 quarters.” 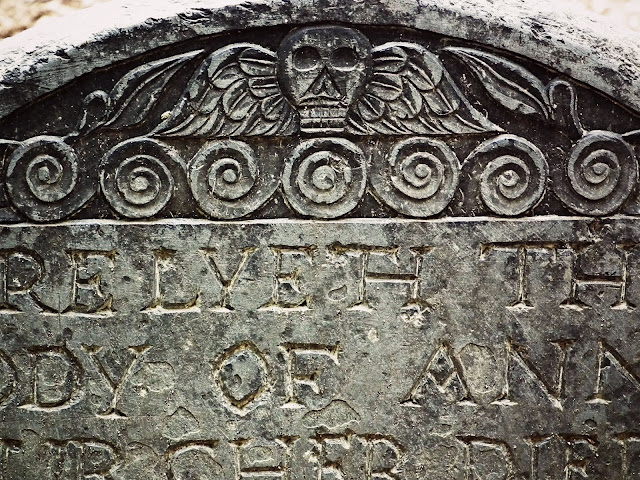 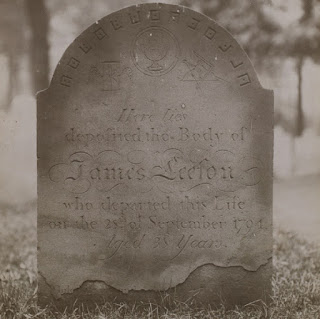 Another unusual headstone also predates the building of the church is that of James Leeson who died in 1794. The Wkipedia entry for St John’s burying ground claims that Leeson was originally buried there but his headstone was later removed to Trinity Churchyard. I can’t find any other source to confirm this. His partial epitaph reads:

Here lies
deposited the Body of
James Leeson
who departed this Life
in the 28th of September 1794
Aged 38 Years...

The brown sandstone headstone features Masonic symbolism including a fiery urn with a soul heart, an hourglass and the traditional plumb, sector, square and compass. An arc of cryptic lettering at the top of the stone is written in pigpen cipher and when decrypted reads ‘Remember Death’. Apart from his celebrated tombstone and his inferred membership of the masons nothing is known of James Leeson.

Looking through the cast iron railings on Broadway is the headstone of Sydney Breese who died in 1767, an ex-officer in the British Army and later a merchant whose self penned eptitaph reads:

HA, SYDNEY, SYDNEY!
LYEST THOU HERE?
I HERE LYE,
'TIL TIME IS FLOWN
TO ITS EXTREMITY. 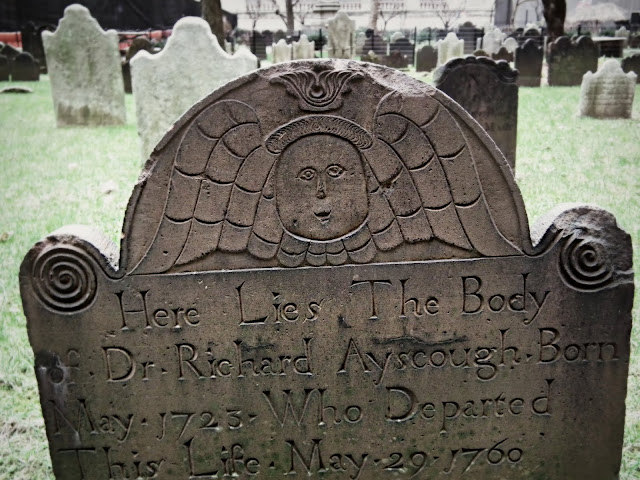 As in St Paul’s Chapel churchyard there are plenty of soul effigies on display in the many 18th century headstones. There are more memento mori in the form of winged skulls perhaps reflecting the churchyards greater age. Soul effigies seem to have gradually replaced the winged skull as the gravestone decoration of choice later in the century. 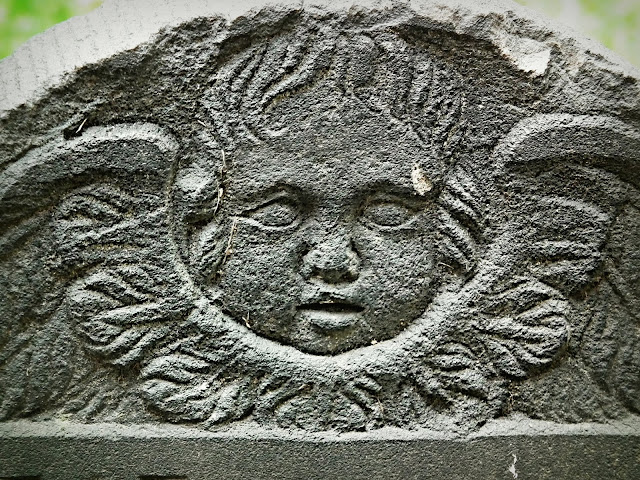 In the northeast corner of the churchyard stands the Soldiers Monument or the Martys Memorial, a gothic revival memorial erected by the city in 1852. A plaque on the memorial explains that “At a meeting of Citizens held at the City Hall of the City of New York June 8, 1852: It was resolved That the Erection of a becoming Monument with appropriate inscriptions by Trinity Church to the Memory of those great and good Men who died whilst in Captivity in the old Sugar House and were interred in Trinity Church Yard in this City will be an act gratifying not only to the attendants of this Meeting but to Every American Citizen.” The martyrs were American prisoners of war captured by the British during the revolutionary war and held captive on prison ships and, allegedly, in the sugar warehouses of the city. Many died whilst being held in detention and were supposedly buried anonymously in the churchyard. Some dispute this; Charles Bushnell argued in 1863 that Trinity Church was loyally British during the war of independence and would not have allowed the burial of rebel prisoners on its precincts. No one disputes though that thousands of prisoners died after being kept in atrocious conditions, only where their corpses were disposed of. 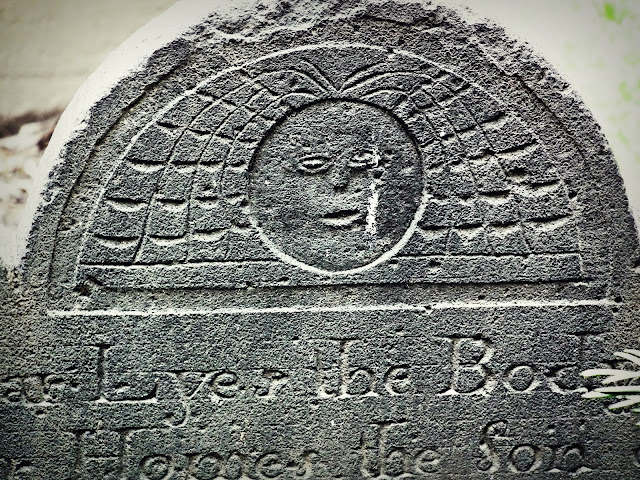