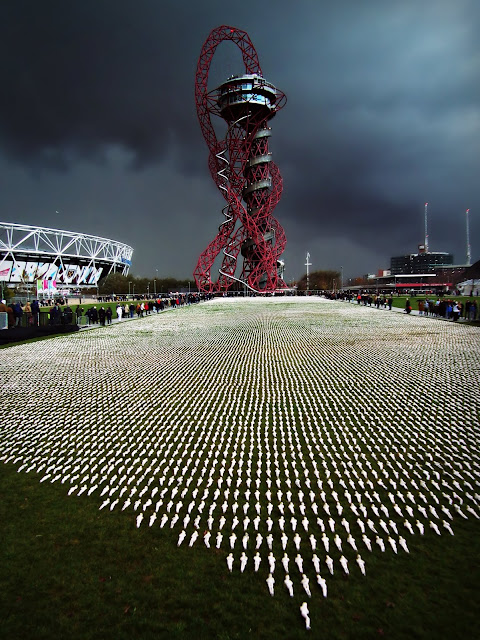 When I went to see the ‘Shrouds of the Somme’ at the Queen Elizabeth Park in Stratford on a wet and blustery November afternoon I expected to have the place to myself. Surely no one else would abandon the warmth and bright lights of consumer paradise Westfield Stratford City and brave rain and sleet to venture out into the fast fading light at the start of a Saturday evening? I was wrong. There were a lot of people there, well wrapped up in overcoats and anoraks, hoods pulled up over their heads, umbrellas facing into the keen wind, and mobiles in hand to record the experience as they inched their way around the 72, 396 diminutive shrouded figures laid out on the lawn in front of the ArcelorMittal Orbit. From loudspeakers a voice intoned the names of the dead in alphabetical order, giving their rank and sometimes their age; when I arrived they had just started on the names beginning with B and when I left 40 minutes later they still hadn’t got past the Cs. The 12 inch figures, representing the missing British and Commonwealth dead from the Battle of the Somme, those whose bodies were never recovered or identified and who are listed on the Thiepval Memorial in Picardy, were laid out in neat, evenly spaced rows by members of the Royal Anglican Regiment and volunteers last week. They will remain there until the 18th November when the soldiers will patiently gather them up again to be sold at £35 each in aid of charity. 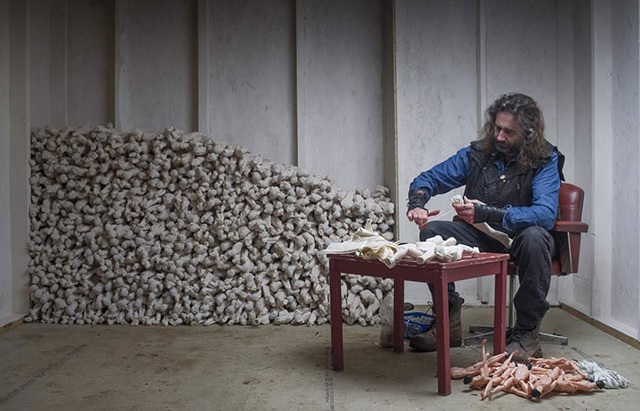 The man responsible for Shrouds of the Somme is Somerset artist Rob Heard. In December 2013 Rob started a project called 19240 by producing 500 prototype 12 inch figures, wrapped and bound in a hand stitched calico shroud. The plan was to eventually produce 19,240 of them, one for each of the commonwealth soldiers who died on the first day of the Battle of the Somme. With his 500 prototypes Rob was able to attract enough funding to complete the project which was exhibited, to mark the 100th anniversary of the first day of the Somme, at Northernhay Gardens in Exeter from 1st July 2016. No one was expecting the strength of the public reaction to the installation; over 60,000 people came to see it, many laid flowers, some prayed and others cried. When one of the visitors talked to Rob about his great uncle, who had been of the dead from the first day of the battle but whose body had never been recovered, he planted the idea that eventually produced the Shrouds of the Somme. Rob produced all the figures himself; “It was very important that one person created these figures, that it didn’t become a factory line,” he said, “that person just happened to be me. One day I wasn’t making them and the next I was, and once I had started I couldn’t stop.” 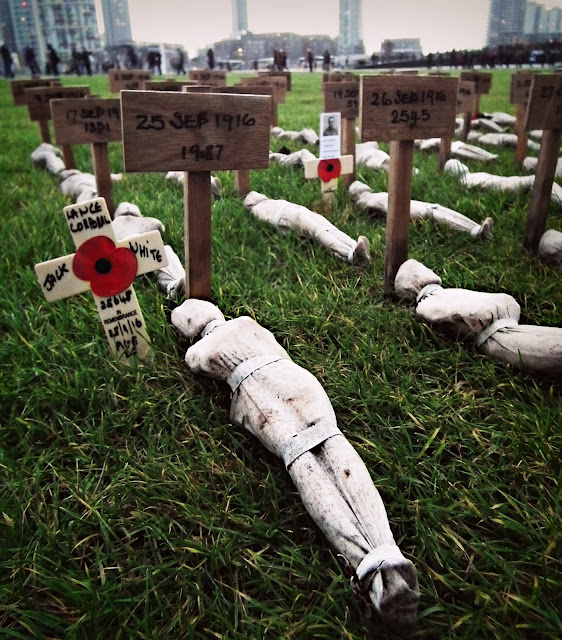 The Lost Lives exhibition is also on show at the Queen Elizabeth Park (see photo above). It commemorates the fallen of the First World War with one shrouded figure for each of the 1561 days of the war alongside a small plaque which records the actual number of dead that day. As with the shrouds installation the public add items to the exhibition including crosses giving the name and other details of a dead soldier stuck into the ground on the plaque giving the date of their death. 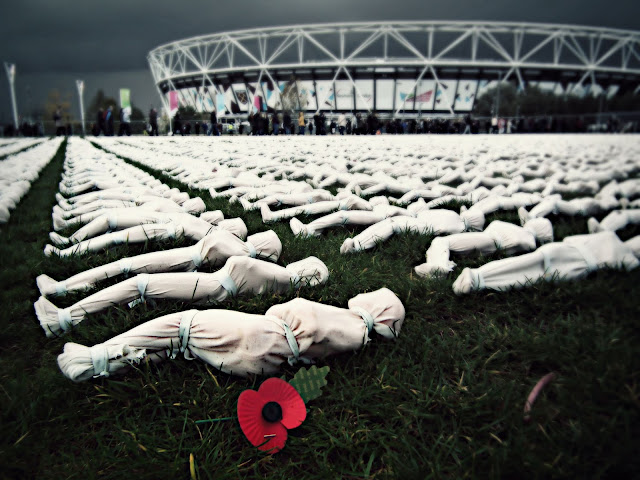 The hundredth anniversary of the Armistice seems to have struck some collective chord, at least in the UK, and quite possibly elsewhere. In Paris sixty world leaders gathered together to be lectured by President Macron for 20 minutes on the lessons they should learn from the First World War. Unlike me and everyone else at the Shrouds of the Somme President Trump felt unable to defy the elements and struggle through the rain for a planned visit to the Aisne-Marne American Military cemetery though to be fair we hadn’t had our spirits sapped by having to listen to a speech by President Macron. The experience seems to have finally opened a rift between the two leaders who previously seemed to be doing their best to be supportive of each other. As usual whenever he is caught out doing anything faintly embarrassing Trump’s reaction was to compound the offense on Twitter, telling the French they were having to learn to speak German before the US intervened in both world wars to save them. 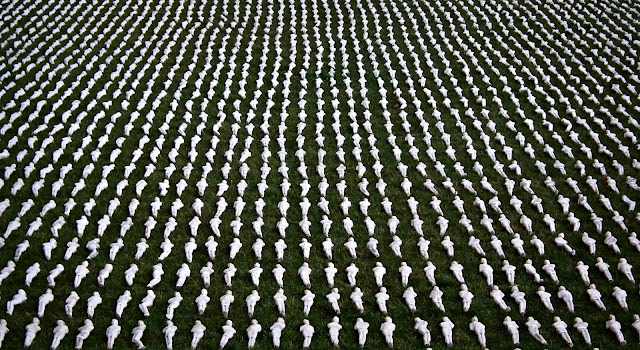