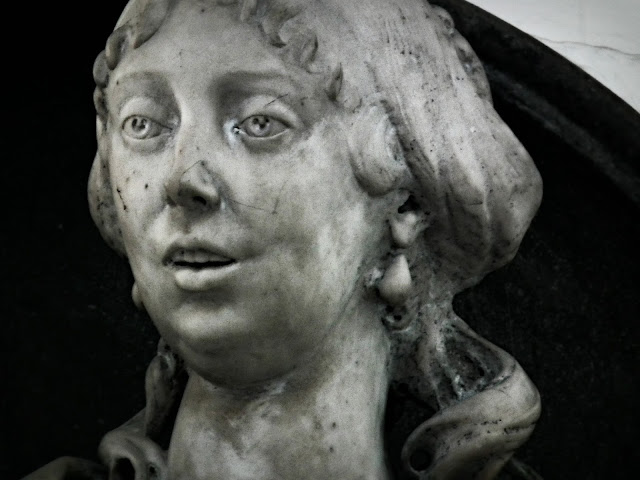 The entry in St Olaves’ burial register for November 13 1669 reads:  “Elizabeth wife of Samuel Pepys, Esqe, one of his Matis  Comission rs  of ye navy, obit X Novem r , & buryed in ye Chauncell viij instant.”   Elizabeth was only 29 when she died unexpectedly of typhoid fever; her death left her husband shocked and bereft. He commissioned an elaborate and costly memorial with a bust of his young wife leaning out as if to watch over him as he sat in his pew (perhaps even Samuel was aware that he was  one of those errant husbands who needs to have a close eye kept on him). Her unusually long epitaph reads: 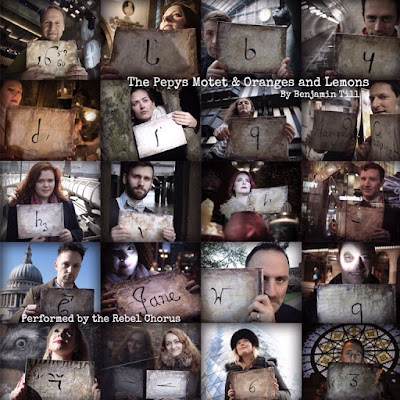 Words and music gel perfectly in the motet. One man’s words sung by so many different voices could become confusing but the words are skilfully chosen and the music so artfully done that it never threatens to become a cacophony; the man shines through the words and the words glow in their musical setting. As in the diaries all human life is here and the music complements the changes of mood and tempo from low comedy to high tragedy. My favourite movement is number 5, ‘Deb Willets’ which cleverly sets the scene with a vignette of Pepys the sex pest “St. Dunstan’s Church, where I heard an able sermon of the minister of the place; and stood by a pretty, modest maid, whom I did labour to take by the hand and the body; but she would not, but got further and further from me; and, at last, I could perceive her to take pins out of her pocket to prick me if I should touch her again — which seeing I did forbear, and was glad I did spy her design.” After this timely reminder that Samuel was a man willing to take the liberties he felt his sex and position in society entitled him to we get the story of his romance with his wife’s servant girl Deb from the day she calls him back from the office to see her pretty new maid to his increasingly bold attacks upon her virtue that culminate in the famous, and still shocking, episode when Elisabeth stumbles upon her husband and maid in a compromising position; “after supper, to have my head combed by Deb., which occasioned the greatest sorrow to me that ever I knew in this world, for my wife, coming up suddenly, did find me imbracing the girl con my hand sub su coats; and endeed, I was with my main in her cunny. I was at a wonderful loss upon it, and the girle also.” The music for this episode is as sexy, sleazy and painful as the events it accompanies, at times with an irresistible swing, swelling in full throated, joyful climax or descending into stammered, staccato justifications and excuses.  Pepys was a great music lover and it is hard not to wonder what he would make of his most private words and thoughts being set to music – personally I think he would be immensely gratified. And I think he would adore the Motet, even if it is rather modern for his tastes. 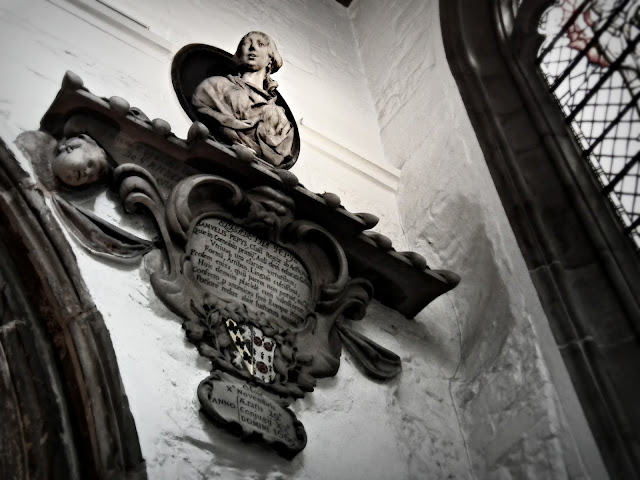