The Public Are Permitted To Walk In The Cemetery Daily; Brompton Cemetery's uneasy relationship with the general public

Brompton is probably London’s liveliest cemetery.  The first time I ever visited I was early for a work appointment at Earls Court and I thought a cemetery would be an appropriate place to kill time. At 8.30am on a weekday morning I expected to find the place deserted but it was heaving with joggers, cyclists, dog walkers and commuters in suits using it as a short cut on their way to work. No funerals or mourners. There isn't an ice cream van or a cafe and the gravestones make playing football on the grass difficult but the locals treat it as a park and completely ignore the fact that it is a place where they bury dead people. On match days Chelsea FC’s fans stream rowdily through the cemetery, strewing beer cans and fag ends, on their way to Stamford Bridge. Participants in Earls Court’s lively drug subculture find the cemetery a convenient place to relax and there have been complaints about it being used as a gay cruising ground (though it is not in the same league as Abney Cemetery in this respect). Some relatives of the dead take offence at the free and easy atmosphere; one Google reviewer fulminates “I grew up a couple of streets down from here and every now and again would visit with my dad on a sunny Sunday afternoon and read with fascination some of the tombstones. My dad has since passed and is now buried in this cemetery but it angers me to see how disrespectful some people are and think that it is OK to sun bathe among the dead. This is a place of rest and where families visit their lost loved ones. Go to a park people, we don't want to see your half naked bodies in a cemetery!!”

Complaints of disrespectful behaviour in the cemetery are not a recent phenomenon.  A correspondent of the editor of the Morning Post in September 1890 complained bitterly about the deportment of the local population who seemed to treat the cemetery as a place of entertainment and funerals as a free amusement:

Sir, — I had occasion lately to take my part as a mourner at a funeral in Brompton Cemetery, and as such I crave permission to draw public attention, through the medium of your columns, to the scandalous and revolting license that is tolerated in that burial-ground. The bearers had not reached the grave before it was surrounded by a throng of slatternly women with their full quota of screaming babies. Boys of all ages were cutting through the procession and pushing about among the mourners, after making short work of the rope barrier stretched on some sticks, which a torpid policeman in vain endeavoured to restore to its pristine inefficiency; while not a few of the full-blown type of the semi-vagrant London loafer elbowed their way to the front, and to one of them, as he stood by the graveside, I overheard the officiating clergyman say, '"Cannot you at least have the decency to take off your hat?"

Brompton was effectively nationalised in 1850 when the Government bought out the shareholders when the cemetery was in danger of financial collapse. The many complaints that the authorities were overly tolerant of poor behaviour occasionally prodded them into action against some hapless individual for relatively trivial offences but enforcement was too haphazard to make much difference. In October 1895 one local mourner overdid the Dutch courage on her way to visit her mother’s grave and according to the headline in the Lancashire Evening Post was found ‘Drunk on a tombstone’:

At Westminster Police Court yesterday, Sarah Matthews, aged 49, was charged with being drunk and disorderly in Brompton Cemetery. She was drunk and asleep on a tombstone.
Prisoner: I was not in the cemetery five minutes when this policeman came up to me as I was by my mother's grave, and pushed me down and ill-treated me.
The magistrate: You must go for a month s imprisonment. 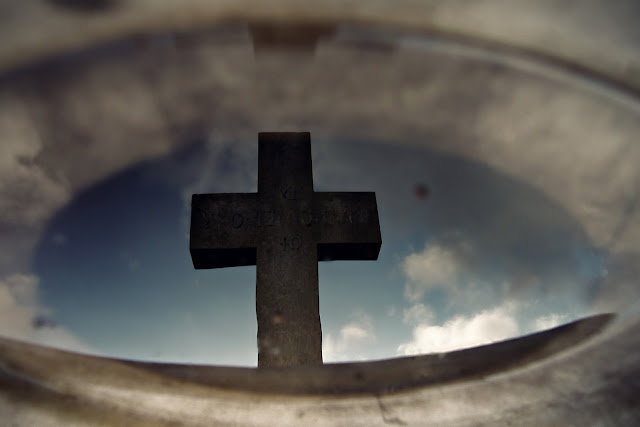 In August 1854 the Evening Standard reported that Mrs Sarah Pace “a respectable married woman, living at No. 12, Dorset Street, Bryanston  Square, was charged with picking flowers in the Brompton Cemetery, the property of her Majesty's Commissioners of Woods and Forests.” Note this was not the crime of stealing flowers from a grave but picking wildflowers from overgrown areas of the cemetery. Mr Beadon, the Magistrate at Hammersmith Police Court ordered her to pay a 10 shilling fine or serve a ten day gaol sentence, “the money was paid,” according to the newspaper report. Three months later Mr Beadon heard another case involving, as the Evening Standard put it, a “disgraceful scene at the Brompton Cemetery Chapel” but this time he was far more lenient against the defendants, a Mr Henry Chappell and his wife Harriet, who were accused of assaulting their son in law, William Lewis, at the funeral of their daughter/his wife who had died a few days earlier at the Brompton Hospital. The 22 year old Lewis had joined the funeral party in the Cemetery Chapel despite the best attempts of his in laws to exclude him. “As soon as he got in,” the Standard reported, “the female defendant, who was walking behind him, suddenly struck him with both her fists on the side of the face, and nearly knocked him down. He fell amongst the people, the chapel being crowded, and he was pushed back into his place. He carried his hat in his hand, and the male defendant then struck it, and doubled the hat up, and also struck him upon the face.” The other mourners intervened and to prevent further brawling whilst the funeral service was in progress. But Lewis’ travails were not at an end; when he followed the coffin out of the chapel only to find himself trapped in a vestibule with his mother in law who “raised her foot and kicked him in a most indecent manner.” The timely arrival of two police constables put an end to the violence but Lewis, hobbling gingerly no doubt, had to be accompanied by the police to the graveside for his own protection. Mr Beadon somehow persuaded the feuding family to make up during the court hearing and then dropped all the charges; the Chappell's did however give their son in law £20 towards his legal costs. 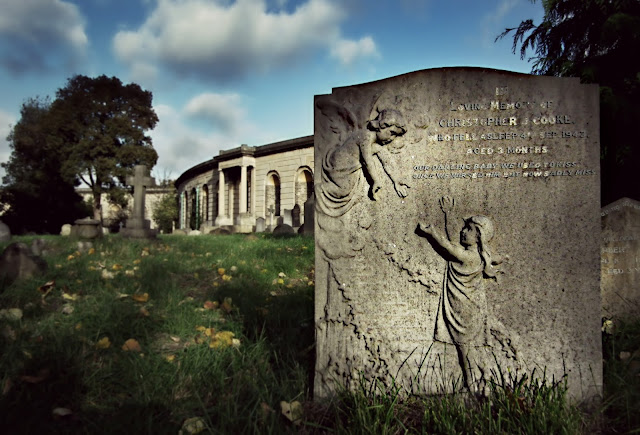 In January 1916 Mr Fordham, the West London Magistrate, delivered a ‘scathing rebuke’ to Harry Hobbs, a cemetery worker who had worked at Brompton for 33 years and now found himself in the dock “You moved about the place like ghoul, interfering with the place where the dead sleep, and with a good deal of toil hacked and cut at this memorial which loving hands have put up the departed. It is a horrible case of desecration.” Hobbs was no resurrection man, his ghoulish crime was stealing part of the gunmetal railing around a grave and selling it for scrap. William John Rogers a 45 year old labourer from Anselm Street in Fulham would have been grateful if Hobbs had stolen every single railing in the cemetery. In February 1935 Rogers rather stupidly climbed up and stood on a spiked railing around another grave. Inevitably he slipped and impaled himself on a spike; he later died of his injuries.