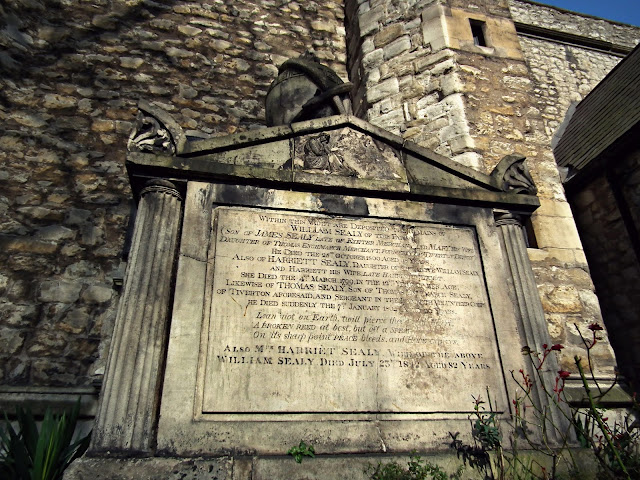 The Coade Artificial Stone Factory was set up in Lambeth in 1769 and ceased to trade in 1840. For much of its life time the company was run by two Eleanor Coades, the elder the widow of the founder and the younger, their daughter. From 1799 to 1813 the company became known as Coade & Sealy when John Sealy, a cousin who started as a clay modeler in the factory, rose to become became Eleanor Coade senior’s business partner. When John Sealy died in 1813 he was buried in the churchyard at St-Mary-at-Lambeth beneath a Coade & Sealy monument (of course) where he was later joined by various members of his large and extended family.

The memorial is not in as good a state of preservation as the other famous Coade stone memorial in the churchyard belonging to Captain William Bligh and his wife Betsy. 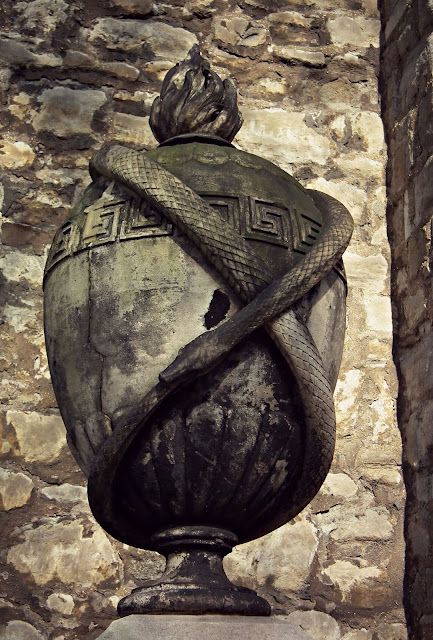 Coade stone is a type of stoneware. Mrs Coade's own name for her products was Lithodipyra, a name constructed from ancient Greek words meaning "stone-twice-fire" (λίθος/δίς/πυρά), or "twice fired stone". Its colours varied from light grey to light yellow (or even beige) and its surface is best described as having a matte finish.

The ease with which the product could be moulded into complex shapes made it ideal for large statues, sculptures and sculptural façades. Moulds were often kept for many years, for repeated use. One-offs were clearly much more expensive to produce, as they had to carry the entire cost of creating the mould.

Contrary to popular belief the recipe for Coade stone still exists, and can be produced. Rather than being based on cement (as concrete articles are), it is a ceramic material.

Its manufacture required special skills: extremely careful control and skill in kiln firing, over a period of days. This skill is even more remarkable when the potential variability of kiln temperatures at that time is considered. Mrs Coade's factory was the only really successful manufacturer.

This mixture was also referred to as "fortified clay" which was then inserted after kneading into a kiln which would fire the material at a temperature of 1,100°C for over four days. 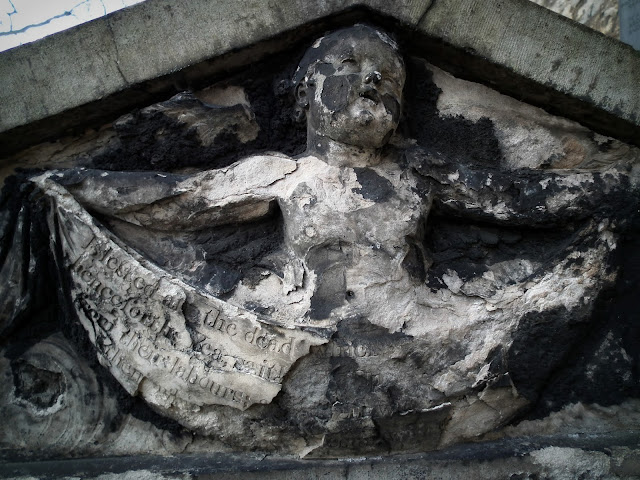 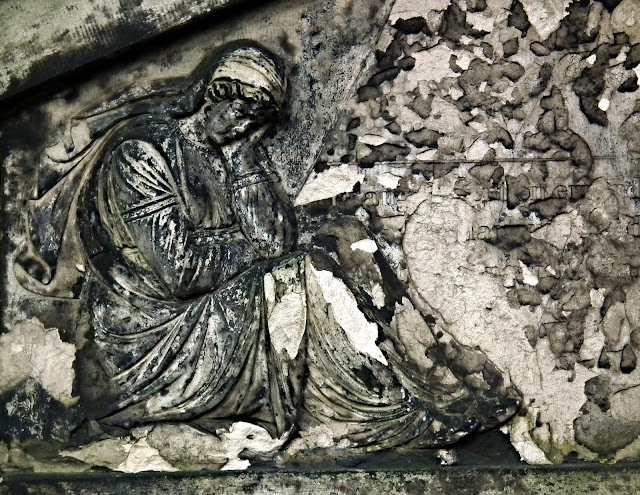 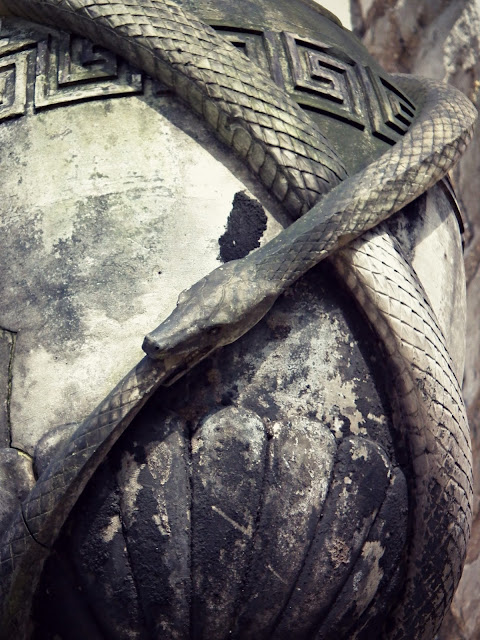 The Ouroboros is an ancient symbol depicting a serpent (or dragon) devouring it's own tail representing eternal return. "The first known appearance of the ouroboros motif is in the Enigmatic Book of the Netherworld, an ancient Egyptian funerary text in KV62, the tomb of Tutankhamun, in the 14th century BC. The text concerns the actions of the god Ra and his union with Osiris in the underworld. In an illustration from this text, two serpents, holding their tails in their mouths, coil around the head and feet of an enormous god, who may represent the unified Ra-Osiris. Both serpents are manifestations of the deity Mehen, who in other funerary texts protects Ra in his underworld journey. The whole divine figure represents the beginning and the end of time........"