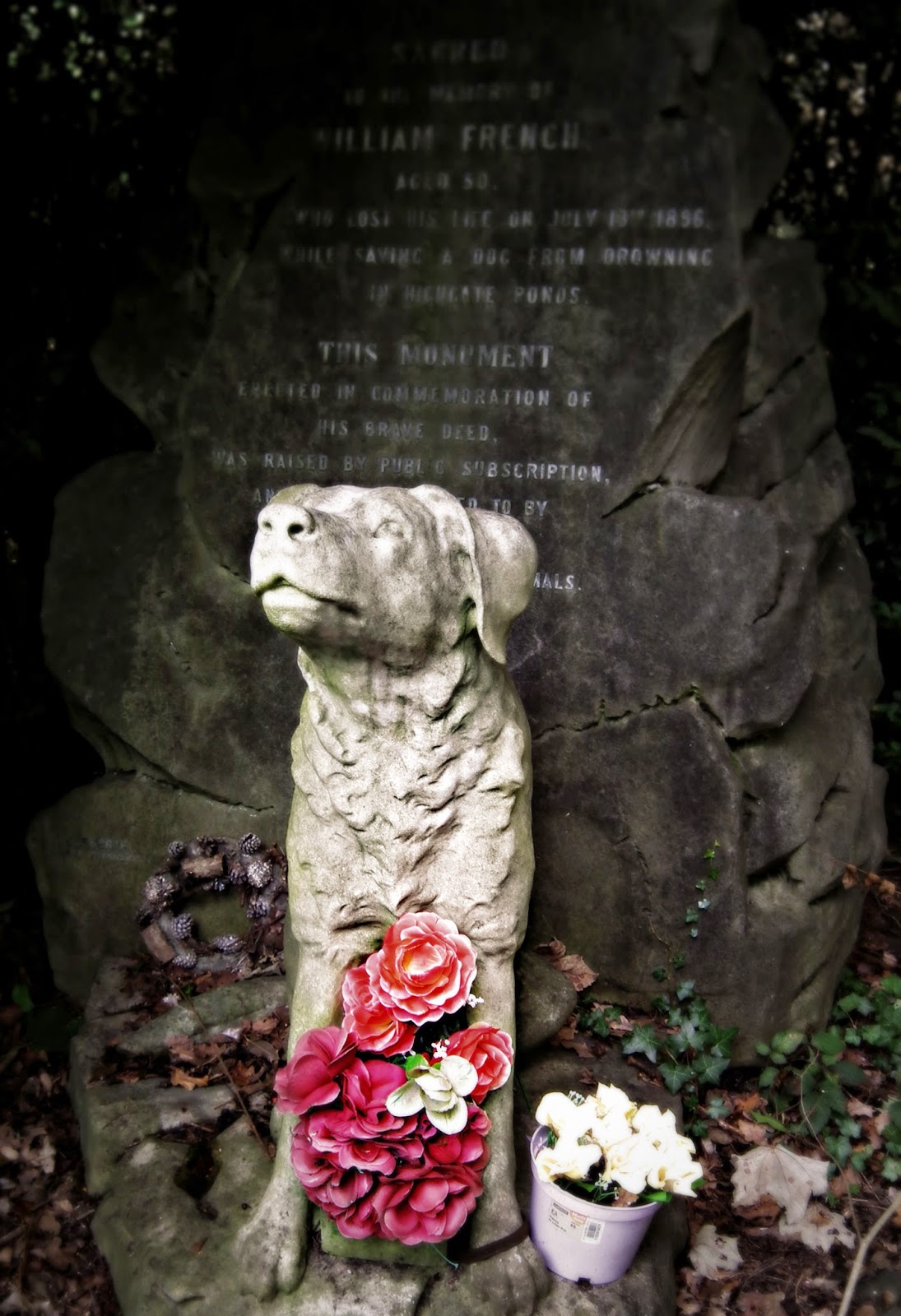 "Sacred to the memory of William French, aged 50, who lost his life on July 13th 1896 while saving a dog from drowning in Highgate Ponds. This monument, erected in commemoration of his brave deed, was raised by public subscription, and was contributed to by all classes of lovers of dumb animals."

The impression given on the grave inscription is that French selflessly and valiantly plunged into Highgate Ponds to save some stray animal from drowning. The newspaper reports of the inquest reveal though that the dog was French's own, that he forced it into the ponds himself in the first place 'for a swim', that he had been drinking and that he managed to drown, under the noses of his friends, in a mere four feet of water. His dog rescued himself.

Thomas Hawkins, a horse-keeper, deposed that he, in company with another man and the deceased went to Highgate Ponds, Parliament Hill, to give their dogs a swim.  For some time the deceased’s dog would not go in but eventually it did so. After going about forty yards, however, it began to show signs of distress.  French said, "I can't see the poor little devil drown'' and. throwing off his coat plunged in with his boots and trousers on to rescue it. He had very nearly reached the dog when it turned swam to shore. The deceased man did the same but after going a few yards, he said, “I’m ‘knocked’”. Almost immediately he disappeared from sight. The drags were at once procured, and the body recovered. French never came to the surface after once going down.

Police-Constable Thomas Atkins  deposed that his attention was attracted to the spot by cries of “A man is drowning.'' Witness at once get the drags and proceeded to the spot. On his arrival man said. '"They call themselves ‘pals’ but they walk away and leave the man to drown;   they were all drunk." Other evidence showed that the men had been drinking  before going to the pond , but were not drunk. Police-Constable Atkins here interposed, and said that the men were utter cowards to go away as where the man sank there was not more than four feet of water.

The jury returned a verdict of accidentally drowned." 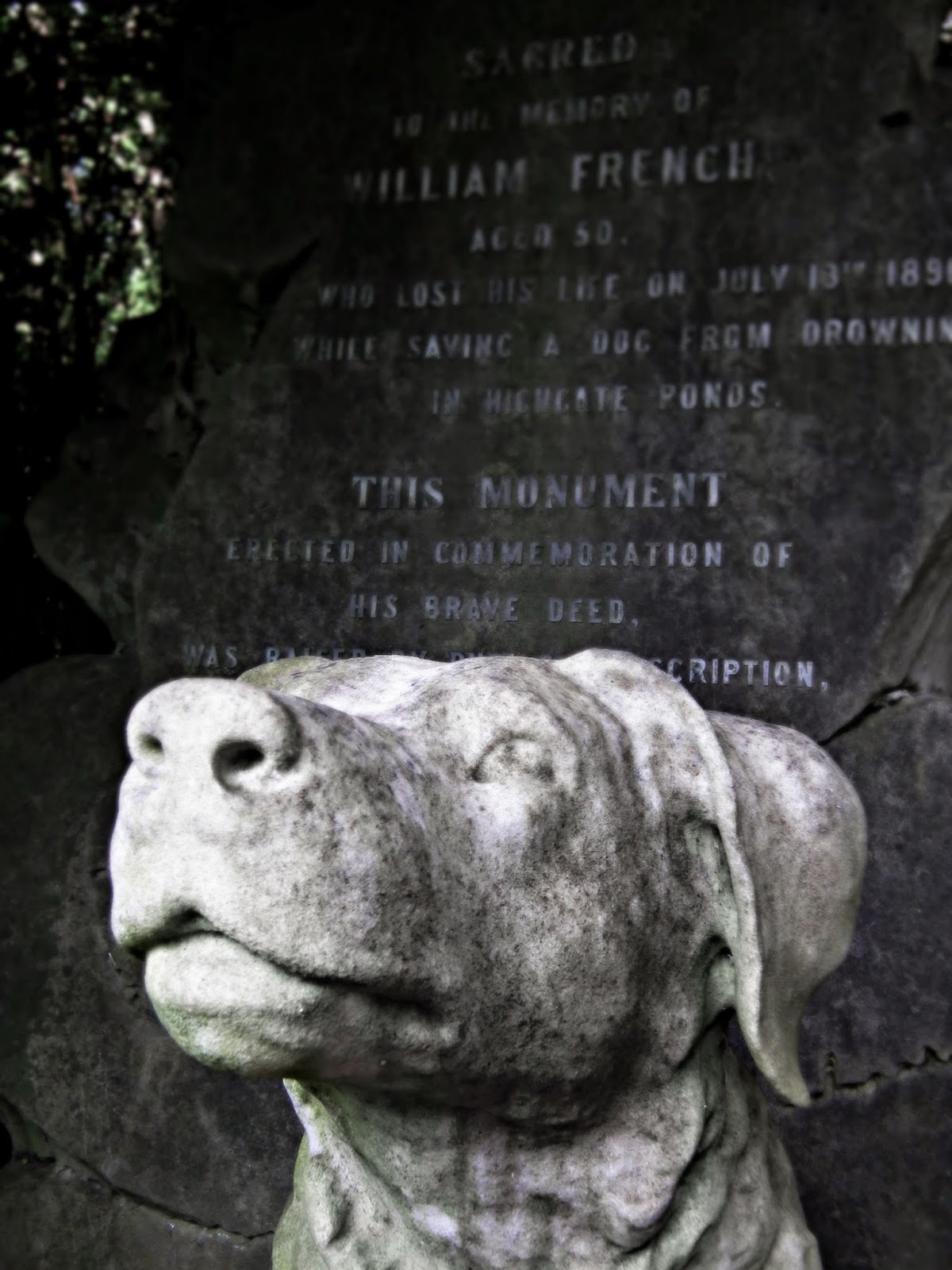