The Lord Mayor of London and the Crook from Lisbon; Sir William Waterlow (1871-1931) All Saints, Harrow Weald 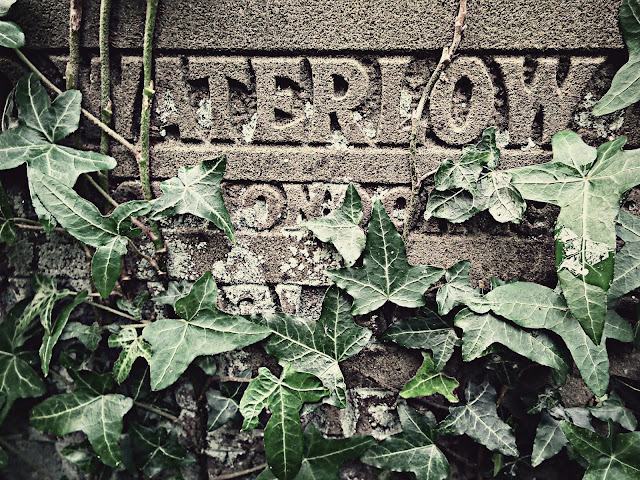 Breach of contract – The greatest damages ever awarded for a breach of contract were £610,392, awarded on 16 July 1930 to the Bank of Portugal against the printers Waterlow & Sons Ltd. of London, arising from their unauthorised printing of 580,000 five-hundred escudo notes in 1925. The award was upheld in the House of Lords on 28 April 1932. One of the perpetrators, Arthur Virgilio Alves Reis, served 16 years (1930-46) in goal.


The rampant ivy which is gradually choking the churchyard of All Saints in Harrow Weald has obscured the name on the plain cross memorial that marks the burial place of Sir William Waterlow, the 1st Baronet of Harrow Weald, and onetime Lord Mayor of London. His funeral service took place at St Paul’s Cathedral, the King and Queen sent a message of condolence to his widow and in the House of Commons Christopher Addison, the Minister of Agriculture, expressed “heartfelt sympathies for the friends of Sir William Waterlow who died this morning and who had been acting in a voluntary capacity with such conspicuous success as chairman of the Central Allotments Committee for the assistance of unemployed workers.”  The establishment may have rallied around but Sir William died a broken man. His voluntary work on the allotments committee was a bathetic finale to an illustrious career which had ended in the ignominy of being ousted from his job as Managing Director of Waterlow & Sons by his own family. His fall from grace was the result of his gullibility in falling victim to an outrageous fraud perpetrated by a Portuguese con man, Artur Virgilio Alves Reis.
Alves Reis was born in Lisbon in 1896, the son of an unsuccessful undertaker whose financial problems prevented his bright and ambitious son from completing his engineering studies or finding a suitable career in Portugal. At the age of 20, newly married and penniless, Alves Reis decided to abandon Portugal for the colonies where he was sure he would find the opportunities for advancement denied him at home. In 1916 he emigrated to Angola taking with him an impressive but fraudulent degree certificate from the University of Oxford Polytechnic of Engineering.  His impressive diploma, duly authenticated by a public notary in Sintra, qualified him in twenty one subjects including Engineering Science, Geology, Geometry, Physics, Metallurgy, Pure Mathematics, Palaeography and Electrical Engineering. These falsified qualifications helped him land a job on the nascent Angolan rail network but his failure to complete his studies meant that the engineering advice he gave to his employers was deeply flawed and generally contrary to the counsel offered by genuinely qualified mechanics. A bridge built under his instruction was considered so shoddily built and so rickety that it would be likely to collapse the moment a railway locomotive drove over it. In a risky moment of bravura he defied his critics, putting himself and his infant son on the first train over the bridge, which despite the dire predictions, stayed upright. The young engineer acquired a controlling share in Ambaca, the Royal Trans-African Railway Company of Angola, by the simple expedient of paying for it with a cheque for $40,000 drawn on a US bank. His account had less than $10 in it but in the 10 days it took for his cheque to reach his bank in New York by passenger steamer he was already in control of the company and its $100,000 cash reserves which he quickly used to cover the dud cheque when the frantic bank sent him a telegram. When Reis returned to Portugal he found himself under arrest and charged with embezzling Ambaca’s money. He spent 54 days in gaol as a result of the fraud but it was he was under lock and key that he came up with the even more grandiose scheme for becoming wealthy that set him on a collision course with Sir William Waterlow.


With the help of 3 possibly unwitting accomplices, Dutch business man Karel Marang, German trader Adolph Hennies, and José Bandeira the brother of António Bandeira, the Portuguese Ambassador to the Netherlands, Alves Reis persuaded Sir William Waterlow to print 100 million escudos worth of 500 escudo notes, ostensibly for the Bank of Portugal but in reality for himself. Waterlow & Sons were official printers to the Banco de Portugal and held the original plates to the 500 escudo 'Vasco de Gama' note. Reis convinced Marang, Hennies and Bandeira that he was working for the Banco de Portugal on a covert operation to finance the colonial government of Angola by injecting millions of escudos into the economy – national banks call it ‘quantitative easing’ these days. The operation was, of course, very hush-hush and as an employee of the bank Alves Reis couldn’t be seen to be involved which is why he, and the bank, required the assistance of trusted associates. To back up his story he produced a faked contract from the bank authorising the printing of the banknotes. The signatures of the Governor and Director of the Banco de Portugal on the contract were copied from one of the millions of exemplars floating around on every escudo note of whatever denomination. The impressive coat of arms on the letterhead belonged to a Lisbon Sports club and appended to the contract were translations and testimonials, all duly notarised and authenticated by various public notaries and the embassies of the United Kingdom and the Netherlands. It was Karel Marang who presented  this elaborate portfolio of documents to Sir William Waterlow at the offices of Waterlow & Sons in the City and explained the sensitive nature of the business and how the notes would only be for use in Angola not in Portugal; once they reached Luanda, he explained, the word ‘Angola’ would be stamped on each note. Sir William was not entirely stupid; he was surprised at being approached by an unknown Dutchman acting on behalf of an old and well known client and so he took the precaution of writing to the Governor of the Bank of Portugal to make sure that everything he had been told was legitimate. Unfortunately he told Marang that he intended to do this and Marang told Alves Reis. By an extraordinary coincidence Sir William’s letter to the Governor of the Bank of Portugal went astray either in the post or in the offices of the bank and was never seen or responded to. Alves Reis in the meantime wrote his own letter in the Governors name, signature once again copied from a bank note, and assured Sir William that all was well, that Karl Marang was completely to be trusted and confirming that the bank authorised Waterlows to print what amounted to over a million pounds worth of escudo notes. Satisfied that this was a piece of legitimate piece of business Sir William filed away the fraudulent response and got on with arranging the printing of the bank notes.
200,000 bank notes is a lot of paper; the new notes were loaded into large trunks and shipped to Portugal as diplomatic baggage (via the left luggage department of Liverpool Street Station and The Hague). Laundering such a vast amount of money was a challenge but if there was ever a man who could rise to even the most testing of circumstances it was Alves Reis. His solution to the laundering problem was to open his own bank, Banco de Angola e Metrópole, and issue his fraudulent currency as business loans. He invested in his own account in property, jewellery, gold backed foreign currency and businesses throughout Portugal. The sheer volume of illicit currency in circulation and the business and consumer activity it generated caused an unexpected boom in the Portuguese economy. With 500 escudo notes becoming as common as toilet paper it was inevitable that rumours of counterfeiting would be the result. The Bank of Portugal took to having its experts examine new notes in general circulation but of course the experts always declared the notes genuine as it was impossible to differentiate Alves Reis’s crop of Waterlow notes from the Bank of Portugal’s own. The newspaper O Século became convinced that there was a German plot to flood the country with counterfeit notes to destabilise the economy as a prelude to seizing Portugal’s African colonies. The atmosphere grew more fevered but still no one could lay their hands on a single example of a clearly counterfeited note. Then in October 1925 a bank cashier in Oporto found himself holding two 500 escudo notes with the same serial number; one of them had to be counterfeit. It took until December for the Bank of Portugal to raid the vaults of the Banco de Angola e Metrópole but when it did it discovered more notes with identical serial numbers and the game was finally up for Alves Reis. 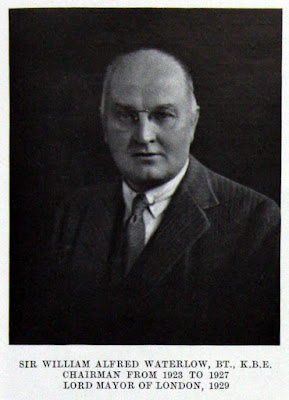 When the news initially broke that Portugal had been the victim of a gigantic counterfeiting scam the scale of the fraud and the quality of the forged notes convinced everyone that only a government could be behind it. Some continued to blame the Germans, some thought it must be the Portuguese themselves and the Daily Telegraph was convinced it was the Russians. As Marang’s involvement came to light quite early on and was reported widely Sir William realised that the notes he had printed were not authorised by the bank of Portugal as he had believed. After a meeting with the Portuguese ambassador to the United Kingdom Sir William flew to Portugal to confess his part in the proceeding and offer £50,000 as compensation for the Bank of Portugal’s losses. Edgar Waterlow was Sir William’s cousin and a fellow director of the company. He was also an implacable adversary and when the full scale of Sir William’s culpability in the scandal came to light he wasted no time rallying the other directors to oust their chairman and get himself instated in the vacant position. Alves Reis was sentenced to 20 years in prison for the fraud in 1930 after a protracted trial. The Bank of Portugal took Waterlows to court in England looking for damages of more than a million pounds from the company. The legal action went eventually to the court of appeal and Waterlows were ordered to pay £610,000 to the Portuguese bank; the company never really recovered and after limping on until the early sixties it was sold to De La Rue who currently hold the contract for printing UK banknotes. Although Sir William was left without a job he had already been lined up for the role of Lord Mayor of London and he duly took office in 1929. He died in 1931, barely a year out of office, not exactly disgraced but certainly a humiliated man. Alves Reis served 16 years in prison and was released in 1945. Of the other accomplices only Marang had served a prison sentence, 11 months in Holland. Alves Reis lived out the rest of his life in relative obscurity and poverty. When he died in 1955 he was so poor that he was buried in a paupers grave wrapped in a bed sheet so that his son could inherit his only suit, which he needed to attend the funeral of course. 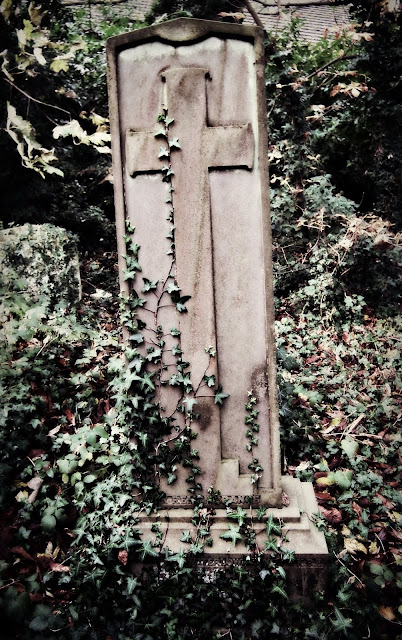