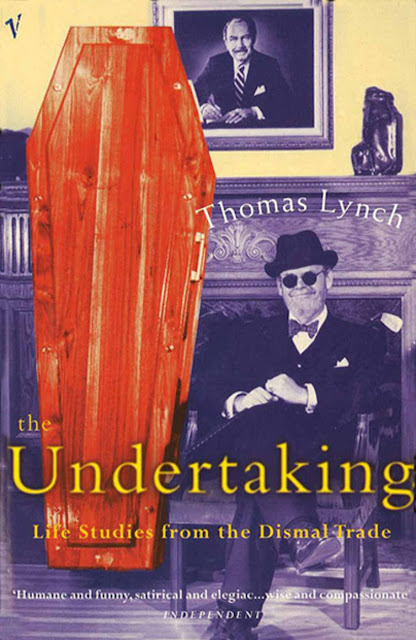 The figure most often and most conspicuously missing from the insurance charts and demographics is the one I call THE BIG ONE, which refers to the number of people out of every one hundred born who will die. Over the long haul, THE BIG ONE hovers right around ... well – dead nuts on 100. If this were on the charts, they would call it ‘Death expectancy’ and no one would buy futures of any kind. But it is a useful number and has its lessons. Maybe you will want to figure out what to do with your life. Maybe it will make you feel a certain kinship with the rest of us. Maybe it will make you hysterical. Whatever the implications of a 100 per cent death expectancy, calculate how big a town this is and why it produces for me steady, if sometimes unpredictable, labour.
“Every year I bury one hundred and fifty of my townspeople,” says Thomas Lynch at the start of his collection of essays, The Undertaking, “another dozen or two I take to the crematory to be burned. I sell caskets, burial vaults, and urns for the ashes. I have a side line in headstones and monuments. I do flowers on commission.”  Lynch runs the family owned funeral business Lynch & Sons in the small town of Milford, Michigan. In his black homburg, white shirt, black bow tie, black three piece suit and wire frame glasses he looks like an undertaker who has just wandered in from the 19th Century. He sometimes writes like it too – but please note that isn’t a criticism. When he isn’t undertaking Lynch is also a poet, an “internationally unknown” one he claims here, but that isn’t quite true. He has published, internationally, at least four books of poetry, a volume of short stories and three collections of essays. As a poet he is reasonably well known, as a funeral director, he has to be a megastar. There aren’t many famous funerary professionals that is true, and he perhaps isn’t as celebrated as Caitlin Doughty, but this book, originally published in 1997, sold well in the States and made him a recognised name with that part of the general public blessed with morbid inclinations.
When, in the essay pithily entitled ‘Crapper’ (after Thomas Crapper, supposed inventor of the flush toilet)  Lynch draws parallels between the changes in attitudes towards the disposal of excrement and of the dead since Victorian times, noting our modern aversion to any of the ‘sights and sounds and odors that remind us of the corruptibility of the flesh’, he sounds like a potential recruit for Doughty’s Order of the Good Death.  But the old fashioned Catholic Midwesterner and the breezy Californian are poles apart. The fear of death, he says, “is something anyone in their right mind has. It is healthy. It keeps us from playing in the traffic. I say it’s a thing we should pass on to the kids.” His essentially conservative moral stance sometimes draws the ire of the more liberally inclined of his compatriots. In a fascinating essay Lynch discusses  Jack Kevorkian, a fellow resident of Michigan and pro euthanasia campaigner dubbed Dr Death by the media, who invented a device, the Thanatron, to enable the terminally ill to kill themselves and who personally assisted at the death of 130 people. Kevorkian was a hugely controversial figure and Lynch draws a very different picture of him to the one presented in the 2010 TV film ‘You Don’t Know Jack’ which starred Al Pacino.  He also compares euthanasia to abortion in terms of the moral complexities involved, a view that infuriates his critics.
The Undertaking is beautifully written, decidedly literary, absorbing and often very funny. Recommended. 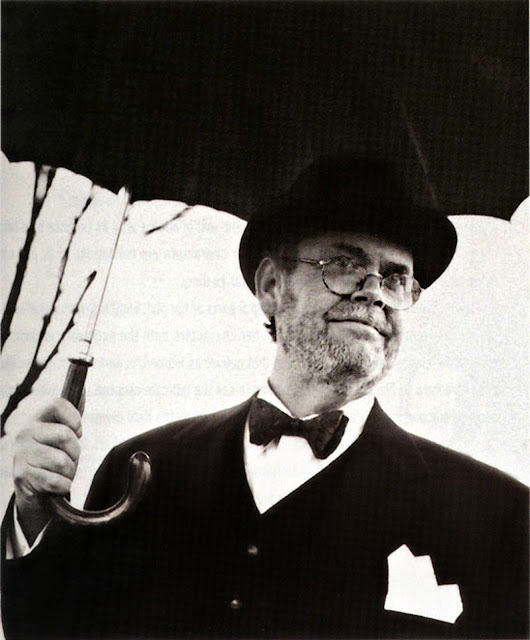