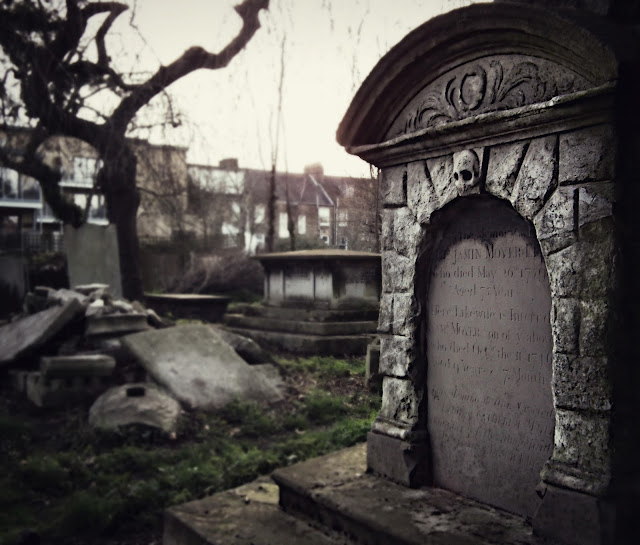 THOUGH the Churchyard is by no means a large one, it is yet much larger than it was, having been added to from time to time. It is doubtless this necessity for enlargement that has robbed it of any really old tomb stones, all that remain being comparatively modern, and not of any remarkable interest…..The earliest date seems to be 1705.

John Kennedy ‘A History of the Parish of Leyton, Essex’ 1894


Although considerable efforts have gone into cleaning it up over the last few years St Mary’s still has one of the untidiest churchyards I’ve seen in London. Until relatively recently the place was overgrown with shrubs, brambles and ivy to the point of being almost impenetrable in places. Drug addicts used the undergrowth as a screen from prying eyes and thorns and spines on the brambles were much less of a hazard than broken glass and discarded needles to anyone braving the scrub to try and find a grave. The rampant flora also toppled graves and pulled down memorials, often aided and abetted by local gangs of youths with nothing better to do. But the Friends of St Mary’s churchyard and the Leyton History Society cleaned the burial ground up, clearing out much of the undergrowth and hopefully stacking the parts of toppled memorials together as though one day someone might go to the bother of reconstructing them. Although the mounds of carefully sorted rubble do give the unfortunate impression of a bomb site the churchyard is now a relatively pleasant place to spend time in, a secluded oasis in the centre of Leyton. So pleasant in fact that the street drinkers have now abandoned their former refuge in the park and now congregate with their cans of cheap yet potent Polish lager at the back of the church. 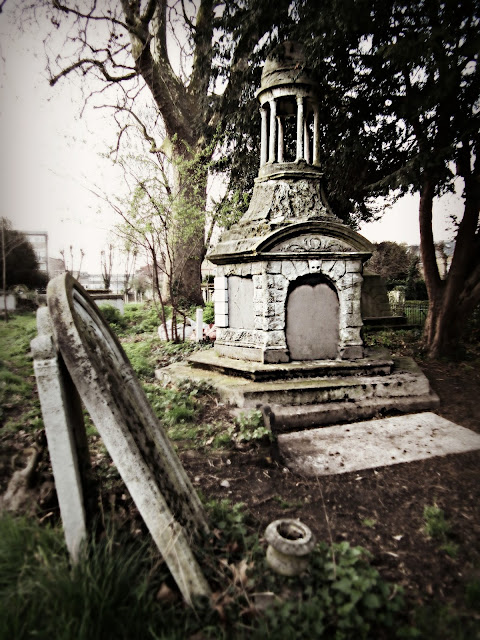 John Kennedy, the author of ‘A History of the Parish of Leyton, Essex’ was the vicar of St Catherine’s in Leytonstone, opened in 1893 on Hainault Road.  His own church had no burial ground and his dismissive account of St Mary’s churchyard may be coloured by the tinge of envy. As London churchyards go it is relatively large and there are currently two listed monuments, the Tench and Moyer memorials; at the time Kennedy was writing Sir John Soane’s memorial for Samuel Bosanquet hadn’t succumbed to hooliganism and Sir Thomas Bladen’s sarcophagus was still standing on the path behind the alms houses….. ‘not of any remarkable interest’ indeed! Even his earliest dated tombstone is wrong – set in the outside wall of the church is what must have once been a freestanding headstone embellished with a skull belonging to 70 year old Mr Gilbert Kennedy (not a relation of the vicar of St Catherine’s as far as we know)) who had died on February the 20th 1693. 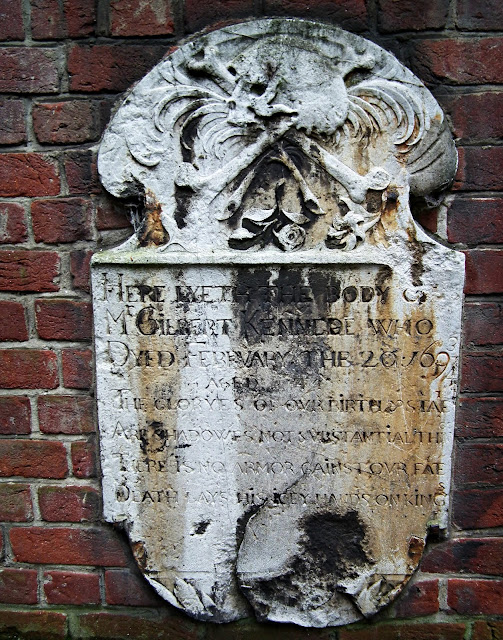 On Saturday 27 May 1905 the Tower Hamlets Independent and East End Local Advertiser carried an intriguing article on another lost monument:
THE STRANGE MONUMENT. The Strange vault in Leyton Pariah Churchyard has been opened, and many have had the opportunity of going inside to see the twelve coffins there, including that of Sir John Srange, Master of the Rolls, who died in 1754. The woodwork of this coffin has entirely disappeared. The names of the deceased are being engraved on the outside of the tomb. A gentleman in the City, interested in Leyton, has contributed E2O towards the expense.
Sir John Strange who, according to John T. Page in his ‘Epitaphs, curious, notable and historical” (which, as far as I can tell, remains unpublished except as excerpts in newspapers of the early 1900’s) “started his career as a solicitor’s clerk carrying his master’s bag to Westminster - and finished as Master of the Rolls.” Strange’s supposed epitaph is still well known and frequently makes the sort of lists and collections of unusual arcana that find so welcoming a home on the internet (‘Funny Epitaphs From History’ ’10 Most Hilarious Tombstone Epitaphs’ Examples of Funny and Bizarre Epitaphs’ etc). Sir John’s ‘most hilarious’ epitaph is:
“Here lies an honest lawyer, that is Strange.”
The fact that this is still in the top ten of most amusing epitaphs almost 300 years after it was written underlines the generally low standard of graveyard humour. When they bother to mention where he is buried most accounts claim that Sir John is buried in the Rolls Chapel. This is not true, he is most definitely buried in Leyton. Neither the inscription on his grave in the churchyard nor his memorial inside the church (which is written in Latin) bears the famous epitaph, which seems to be an early example of an urban myth. 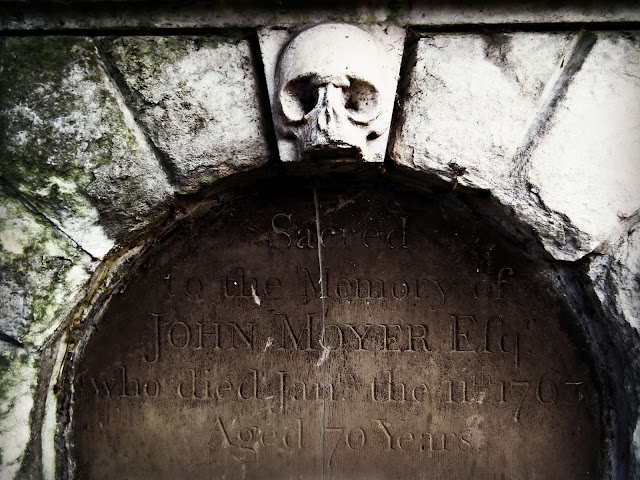 There has been a church on the site of St Mary’s since at least 1200 when it was granted along with the rest of the manorial holdings to Stratford Abbey. For many years it was a poor Essex parish with the vicarage worth a mere 40 shillings a year in 1254, rising to £7 12s in 1535 and just £30 in 1604. The value of the living then didn’t rise at all for the best part of 60 years, making it difficult for the parish to recruit a clergyman. By 1669 the parishioners had to raid their own pockets to find £69 a year to add to the £30 living to secure the services of the parish’s most famous incumbent, the antiquary  John Strype, who died at the age of 94 in Hackney in 1724 but being brought back to Leyton to be buried.  In the 18th century Leyton’s combination of bucolic charm and proximity to London made it a favoured location for country seats amongst the merchants and bankers of the city; the population of the village and the relative wealth of its clergyman exponentially expanded as a result. By the 1760’s the existing churchyard was too small to comfortably accommodate the increased number of burials produced by a burgeoning population. 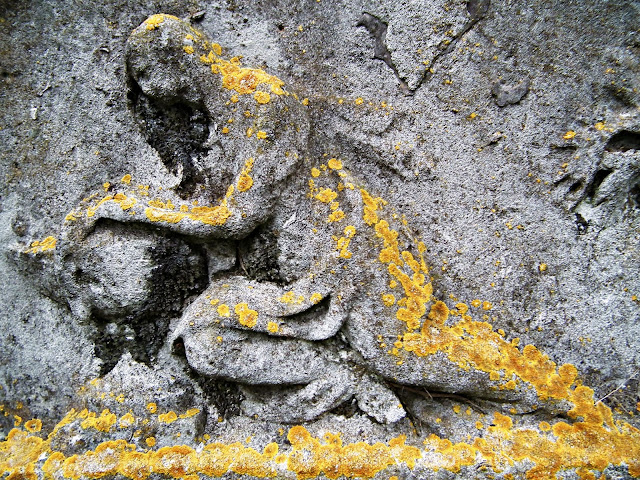 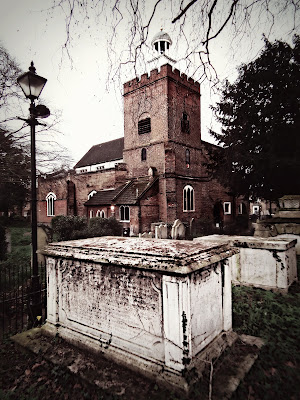 The vestry minutes of 1762 record an approach to Colonel Gansell to see whether he would be willing to sell the freehold of “a piece of the garden ground belonging to the Workhouse, not less than 80 feet in length, & the whole width for the enlargement of the Churchyard,” to which Colonel Gansell’s response was, yes. (This may well have been the same piece of ground, adjacent to the churchyard on which Colonel Gansell’s father, in 1718, “on the occasion of enlarging his garden… dug up two acres of ground, and found under the whole very large and strong foundations : in one place all of stone with considerable arches, and an arched doorway (about ten feet high and six feet wide) ornamented with mouldings, with steps down to it: in many of the foundations there were great quantities of Roman tiles and bricks.” Gansell senior on ordering a pond to be dug also discovered “some old timber morticed together like a floor was discovered, with several Roman coins, Consular and Imperial, and some silver Saxon coins.” Some time previously, John Kennedy tells us, “a large urn of coarse red earth had been found” in the churchyard itself.). Over the next fifty years the vestry acquired further parcels of land including a row of cottages and the gardens of the alms houses, which were incorporated into the churchyard. There were no further opportunities for enlarging the churchyard but the local population continued to grow exponentially as the former village was gradually absorbed by the monstrously swelling capital. The vestry made the best use it could of every square inch of ground but the churchyard inevitably soon became filled to capacity. By 1896 the Borough council passed a closure order prohibiting ‘forthwith and entirely’ any further burials within the parish church and the churchyard. 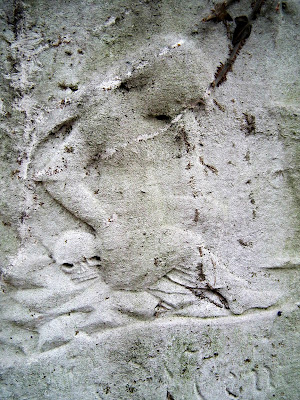 In February 1928 the Reverend James Glass and Stewart Wilkins, the sexton of St Mary’s, were summonsed by Leyton Borough Council for carrying out an illegal burial in the churchyard. The case was unusual enough to attract national attention when the startled vicar found himself in the dock at Stratford Police Court accused under the Burial Act 1855 of permitting a burial in unauthorised ground. The court was told that it had come to the notice of the council that burials were going on at the churchyard and in July the previous year they had written to the vicar who had replied with a promise that it would not happen again. On September 30 a Corporation superintendent had carried an impromptu inspection and “saw in the churchyard an open grave, and part of coffin exposed. He saw a pick or fork sticking into it, the lid was off, and the contents were covered with mould” (Yorkshire Post and Leeds Intelligencer 23 February 1928). The grave had been dug to accommodate a Mr Frank Fox, late of High Road Leyton, who was originally from Sheffield but had relative already buried in the churchyard. His widow had begged the sexton to find a place for her husband and the ever helpful Mr Wilkins had done just that. The Reverend Glass’s lawyer claimed that the vicar had been away for the three days during which the burial had been arranged and had only arrived home when the funeral was about to take place. He said the vicar had not accepted any fee for carrying out the burial service. When the sexton was called to the witness box he admitted to having received £10 1 shilling from Mrs Fox of which 1 guinea was paid to the vicar for his burial fee and the rest paid out to the gravediggers or on other disbursements. The Police Magistrate fined the vicar and the sexton £5 each and 10 guineas costs. As neither of them committed any further offences against the Burial Act 1855 Frank Fox became the last person to be interred in the churchyard. 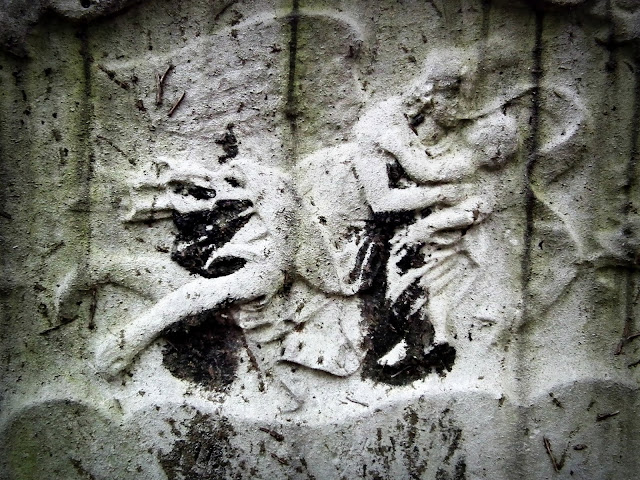