All the names - Valentines Park, Ilford 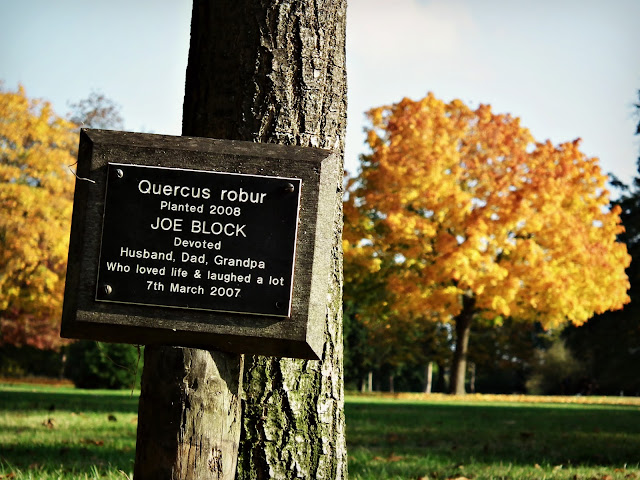 The strategy of thwarting mortality and getting yourself remembered by inscribing your name on some sort of memorial has been around since the Assyrians invented cuneiform and the Egyptian's hieroglyphics. The Parks Service of Redbridge Council aim to assist anyone wanting not to be forgotten after their demise with their tree sponsorship programme. This offers an opportunity for sponsors to celebrate “a special occasion, a new birth, or a memorial to a lost one.” Almost all sponsored trees are memorials to the deceased; there are so many in fact that Valentines Park in Ilford is starting to become something of a surrogate cemetery (albeit one without bodies). Most of the little metal plaques standing beside saplings of varying degrees of health and vigour are memorials created by the relatives of people who have been cremated. Many crematoriums have memorial gardens attached but this is often just a lawn on which grieving relatives are only allowed to plant a small wooden cross which gets easily lost alongside hundreds of other identical wooden crosses. Sponsoring a tree gives the bereaved something more akin to a traditional grave to focus on. One of the few rules set by the Parks Service about sponsored trees is that “no further items of flowers or memorabilia are attached or placed around” them but the rule is often ignored. The charge for sponsoring a tree is £200 plus VAT but if you want a metal plaque with an inscription that is another £100 plus VAT; around £360 in total, much cheaper than a grave. 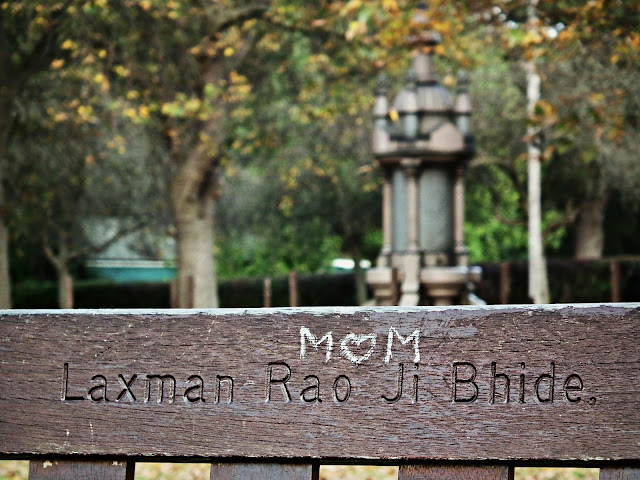 If you want something more substantial than a metal plaque and a sapling you have the option of paying for a new memorial bench at a cost of £1200 (plus VAT) including plaque or inscription. “The majority of these benches are often sponsored by loved ones in loving memory of those who once enjoyed the beauty of visiting our parks and were a part of the parks community,” says the council. If the cost seems prohibitive then there is a cost effective alternative, a refurbished bench with a new plaque is a mere £350 plus VAT. 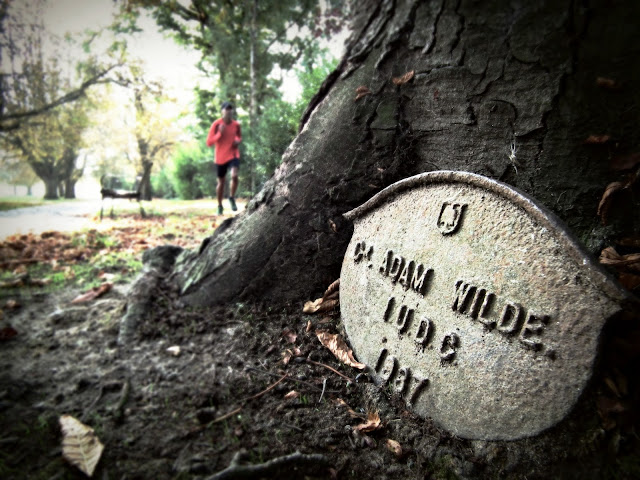 'Generations to come will stroll beneath trees in Ilford's parks grateful for the shade but oblivious to the fact that some of the town's leading citizens spent the best part of a gloomy, raw December morning in 1937 planting them,’ said the Ilford Recorder of 2 December 1937. An avenue of trees was planted to commemorate the coronation of King George VI earlier in the year. The idea came from a local woman, a Miss Wynne-Jones, and taken up by the Men of the Trees, an early environmental organisation set up by Richard St Barbe Baker to promote reforestation (one of his more ambitious ideas was to reclaim the Sahara desert by strategic plating of forests). St Barbe Baker turned up in person to make a speech at the December planting of the avenue. Local dignitaries were commemorated by hefty cast iron plaques bearing their names planted at the side of the tree. The trees are now mature, many of the plaques are still there (though some are broken and others have been pilfered by scrap metal thieves).  The photo shows the plaque of Councillor Adam Wilde of Ilford Urban District Council. Councillor Wilde has long since returned to the dust of which he was made and his reputation and story have joined them and become totally extinguished. But his name lives on, cast in something more durable than collective memory, on his plaque. 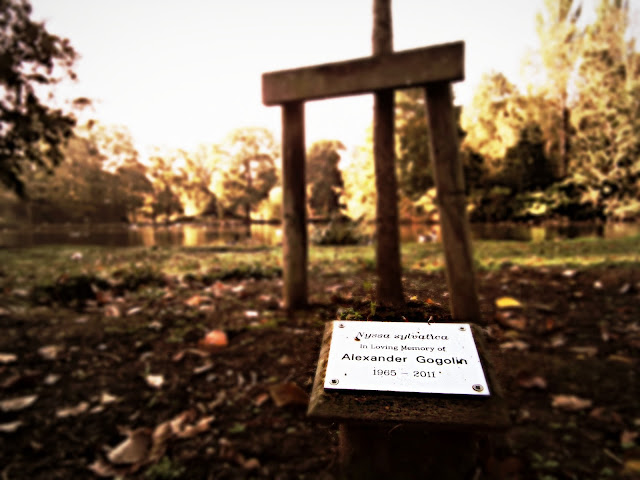 Professor Sasha Gogolin died of lung cancer at the age of just 45. He was born in Tiblisi in 1965, the only child of two physicists. He studied at Moscow State University and the Lebedev Institute and then became a research associate in Moscow, before moving to Aachen, Grenoble and finally London. His “formidable reputation in his field of condensed matter theory” won him a Lectureship at Imperial College. He was the co-author of the book “Bosonization and Strongly Correlated Systems”.
“Outside physics Sasha was an avid reader and he liked nothing better than to enjoy his secluded garden in Ilford,” says his obituary on the Imperial College website. 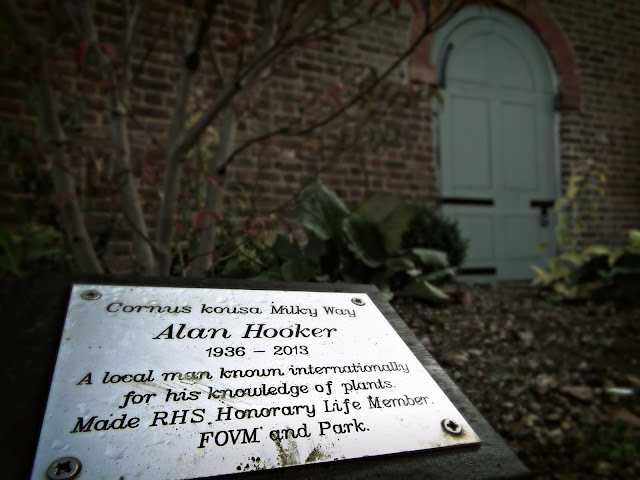 Alan Hooker was born in Teignmouth in Devon but his family moved to London when he was still a boy. At school he represented London at discus at an event in Paris. He studied physics at University and later worked in the research department of Ilford Limited, manufacturers of photographic film and paper. When the company closed its office in Ilford and moved to Cheshire Alan arranged alternative employment as a University Lecturer working on computer graphics and networking. His real love was botany (he even married someone called Cherry), particularly lilies and he was a leading light in the Royal Horticultural Society’s Lily Group, successfully running their international seed list. 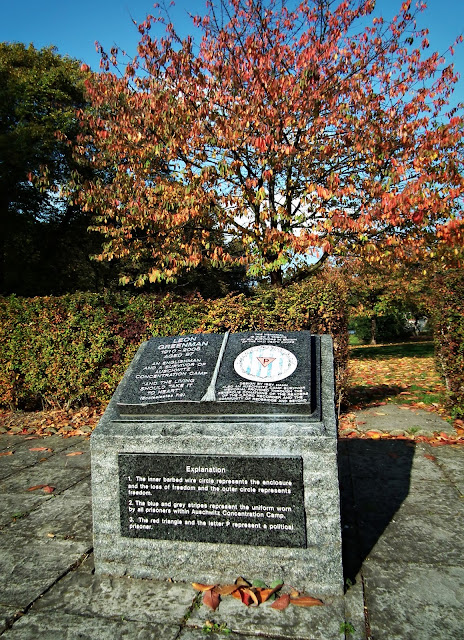 In the Holocaust Memorial Garden is a cenotaph to Leon Greenman (who is buried in the Marlow Road cemetery in East Ham). Leon was born in 1910 in Whitechapel and grew up in Rotterdam and Forest Gate. He was a survivor of Birkenau and Auschwitz (prisoner number 98288), unlike his wife Esther and his 3 year old son Barney, who died in the gas chambers at Birkenau. In fact and one other man were the only survivors out of a transport of 700 Jews from the Westerbork transit camp in the Netherlands. After the war Leon dedicated his life to the tasks of remembrance and education about the holocaust (work for which he was awarded an OBE. Even as an old man local fascists threw bricks through his windows and sent him Christmas cards telling him that he would make a lovely lampshade. Some people simply are not educable. 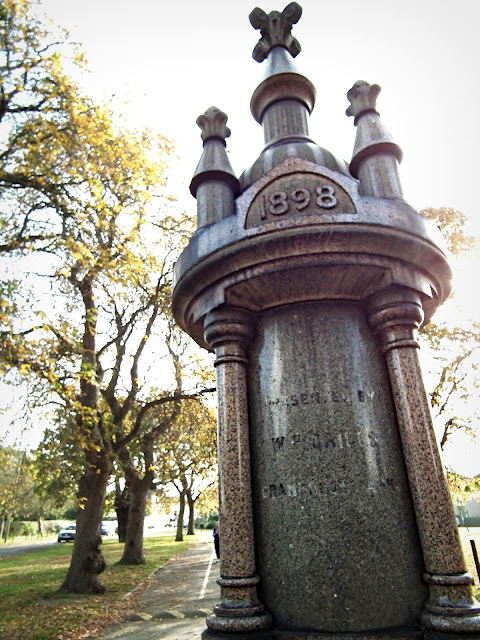 William Peter Griggs was born in Brick Lane in 1849 and worked as a bargeman on the Thames in his younger days. He had a head for business and became a builder. He built whole estates in Ilford and Upminster and sealed his bid for respectability by becoming a councillor on Ilford District Council in 1899, chairman of the council in 1910 and Conservative member of parliament for Ilford in 1918. He was knighted in 1916. He was a local philanthropist but liked to make sure that the recipients of his charity knew who the provider was. In Valentines Park he built and paid for the clock tower which bears a plaque with his name and the date of his largesse, and this drinking fountain presented in 1898 which has lost the metal letters bearing his name, which can only now be dimly made out in the unfinished surface of the marble.
Posted by David Bingham at 10:06