Dead Romantic – Til Death do us part. A Valentine's Day Special 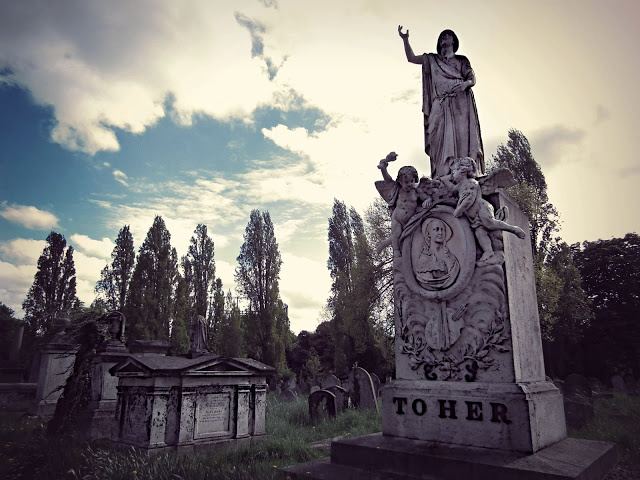 Is there anywhere more romantic than a cemetery? The London Dead celebrate Valentines Day by remembering the great love stories behind some of the city’s best memorials and graves. 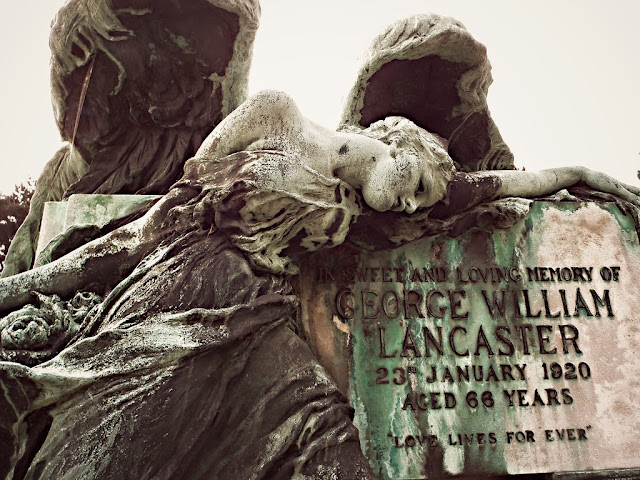 GeorgeWilliam Lancaster from Wigan in Lancashire was a successful mining engineer and colliery owner with interests in the Welsh and Kent coalfields. Despite taking George’s name and being buried with him Louisa Mary Lancaster was most definitely not his legal wife and was in fact a divorced woman.  Divorces were still relatively rare in 1896 when Mr Edwin Charles Jones  petitioned the courts in Bristol for a divorce from his 35 year old wife. Jones had married Louisa Mary Wilkinson in 1883 and the couple had three children. Jones had been employed in his father’s ironmongers business but his father’s death had left him jobless and rather “badly off”. To improve his situation Jones had moved his family to London where he opened a small tobacconist’s in Finsbury Park. The business was not a success and unemployed again Jones moved back to Bristol to live with his mother until he could find other employment. When he did find a job and wrote to his wife to join him in Bristol she refused. From the children’s nurse Jones discovered that his wife was frequently visited by George Lancaster, generally at her home but on at least one occasion spending the night at the Grosvenor Hotel. The nurse was produced as a witness and told the court that the children called the co-respondent ‘Uncle George’. The judge granted Jones a decree nisi with costs and custody of the children.

At the time of the divorce George Lancaster was already living apart from his wife Emily in Acton. The separation was never formalised and he remained married to Emily until his death in 1920. By the time of the 1901 census he was living at Greenford Hall in Middlesex with Louisa listed as his wife along with their two young daughters. George was a successful business man and when he died he left a fortune worth £504,880.0s3d of which the lions share was bequeathed to Louisa under her maiden name of Wilkinson. His wife had been left a mere £700 annuity. Sidney March’s monument is probably one of the most famous funerary memorials in London but the Lancasters have fallen into obscurity and the old scandals are forgotten. 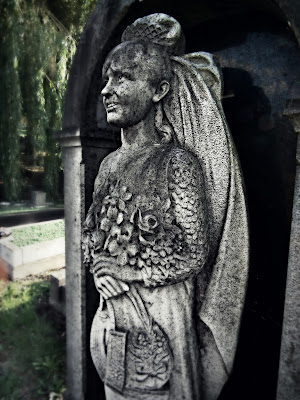 I am unable to find out any more about this sad memorial other than what is revealed in the epitaph (inscribed with a heart with G engraved on one side and M on the other);
Georgina “Georgie” Robinson, nee Owen
Killed in a road accident – France
4th September 1965
Returning from honeymoon
Two weeks before this day of sadness
We’d stood together in joy and gladness
Our life together was at the start
Too soon came true “Till death do us part”
Your Loving husband Maurice