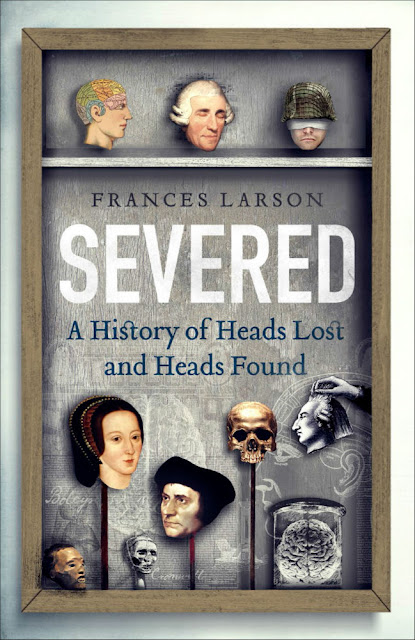 I have always thought of myself as more than averagely morbid, as you might expect from the author of a cemetery blog, but Frances Larson’s ‘Severed’ made me think that I’m not, perhaps, as morbid as I had fondly imagined myself to be. For one thing I had never given much thought to the cultural significance of severed heads. And secondly, unlike 30 million American adults, I have never watched, or even felt the inclination to watch, an on-line video of an Isis execution. Larson reveals that a survey conducted 5 months after the execution by beheading of US engineer Nick Berg in May 2004 found that 24% of all American adult internet users had watched on-line videos of his death, posted by his executioners, in May and June that year. “The Berg beheading footage remained the most popular internet search in the United States for a week,” Larson tells us, and “the second most popular throughout the month of May, runner up only to ‘American Idol’”. Until I googled ‘beheading’, looking for some tasteful 18th century etching or engravings of an execution to illustrate this post with, I had not realised how popular Isis executions were on the web. I was shocked to see hundreds of images of orange jump suited victims kneeling before their scimitar wielding executioners, or artfully posed, post decapitation, with severed head resting in the small of the back of the now headless torso. Seeing still images was bad enough, I am far too squeamish to want to witness the suffering and death of a fellow human being.

Oxford based anthropologist Frances Larson has written other books on the history of the Pitt Rivers Museum and of pioneering medic Henry Wellcome.  ‘Severed’ , her third book, is an excellently written account of the various causes of heads getting sliced off at the neck covering, as you would expect, executions and dissections, but also containing fascinating chapters on shrunken heads, trophy heads, framed heads and potent heads. Her prologue is an account of the peripatetic fate of Oliver Cromwell’s dead head but her most interesting chapter is on the lively late colonial trade in shrunken heads many of which turn out to be fakes produced by indigenous craftsman to supply the lucrative trade in trophy heads generated by western travellers, colonisers and tourists. “Of the ten shrunken heads on display at the Pitt Rivers Museum, two are sloth heads, two are howler monkey heads, and of the six remaining human heads, three are ‘fakes’, made for sale,” Larson says, which “tell of the nameless dead, the impoverished and outcast who, after their deaths, became the victims of an international trade in exotic collectibles that had little to do with the indigenous beliefs of the inhabitants of the Amazon jungle.” 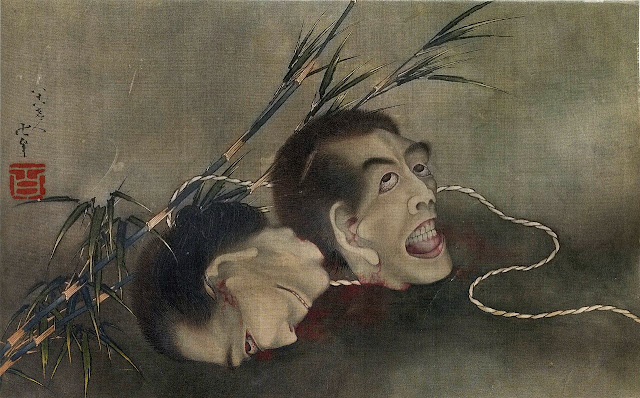 Larson also deals with the taking of trophy heads in war, discussing in detail documented examples during the second world war of American’s taking Japanese skulls as souvenirs or using them as decorations on their jeeps or other vehicles including the famous Life Magazine picture of the week from May 1944 showing Natalie Nickerson, a Phoenix war worker, in the act of writing to her boyfriend serving in the far east, thanking him for the present of a Japanese soldier’s skull which she contemplates as she writes. The photo caused no outcry in the States but was greeted with horror in Japan. Trophy skulls were not taken by US soldiers in the European campaign. These examples, along with the Isis videos, shatter any illusions we have of moral progress over the last few hundred years. Beheadings and guillotining are not relics of a past that we have left behind us, scratch the surface of the average modern suburban American or European and a member of the mob that eagerly turned out at Tyburn on execution day is easy to see. Larson’s book is highly recommended.