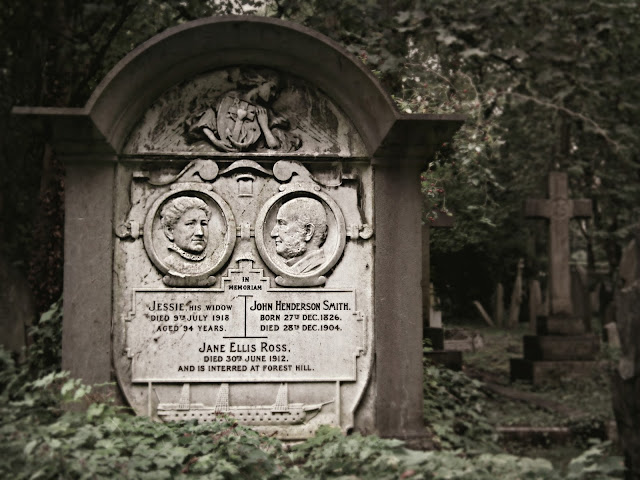 Captain John Henderson Smith was born, according to his gravestone, on 27 December 1826 and was married to Jessie. The brief obituaries that appeared in the papers after his death in 1904 contain the intriguing information that he was “Younger Brother of Trinity House, commander of H.M.S. Worcester (Thames Nautical Training College) for 25 years, from which position retired 1892, has died Folkestone, the age 78. It was during Captain Smith's command of the Worcester that Admiral Togo received his early training on board that ship.”  H.M.S. Worcester was the training ship of the Mercantile Marine School and was generally moored at Greenhithe in Kent and cadets run through their paces sailing in the busy traffic of the Thames estuary though occasionally it took its pupils out to sea.

The Chelmsford Chronicle of 17 September 1869 contains a stirring account of the saving of the crew of the 25 ton yacht Bamba by Captain Henderson-Smith and his naval cadets.  HMS Worcester had left its usual berth and was luckily weathering out a heavy gale in Southend otherwise the owners of the Bamba, Mr W.H. Roberts a solicitor of Moorgate and his wife, and most of their crew would almost certainly have drowned.  Mr Roberts had set out from Greenhithe to sail a relatively short distance across the river to Southend when his yacht had been caught in the fierce gale. The captain of the Bamba managed to run it into a sandbank 120 yards east of Southend Pier in the squall. The Chronicle takes over the story:
“In the darkness of the night, and against a roaring gale, the crew and party on board the yacht shouted loudly for help. Hour after hour passed by. A barge not far off was spied, and the yacht's boat, with two of the crew on board, put off for it in the hope of gaining help. They made the barge, but the gale had increased so terribly that they found it impossible to render any assistance to the vessel. Meanwhile the yacht was rapidly filling with water. The deck was gradually being covered, and both Mr. Roberts and his wife, who had been for three hours crying loudly for help, actually resigned themselves to the prospect of a watery grave with the remaining crew, and were endeavouring, with the hope of living a few minutes longer, to climb upon the boom, being then up to their necks in water, when well-manned boat from the ship Worcester made her appearance just in time to rescue them and save their lives. Captain J. H. Smith, with fresh crew, then started from his ship with view to save as many as possible of the stores and fittings of the yacht, and was successful in recovering many articles which, owing to the gale then raging, were being sunk and destroyed. The yacht, however, had gone down immediately after Mr. and Mrs. Roberts had been rescued and safely shipped on board the Worcester, where the kindest attention and assistance were rendered them by the Captain and Mrs. Smith. The gale continued without intermission to violently rage; and although attempts were made on the following morning to raise the craft with the aid of barges and chains, they were unsuccessful. The continuance of the gale, moreover, frustrated the attempts on the part of Captain Smith to land Mr. and Mrs. Roberts and the crew, and they saw from the Worcester the vessel break up and become a total wreck.” 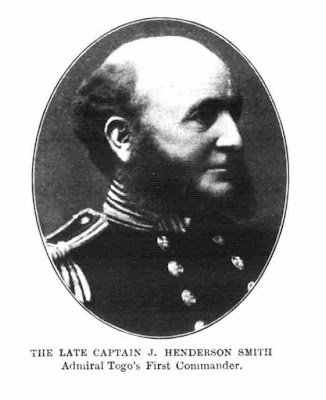 The paper fumed that although the accident had happened just a few yards from the Pier and that the “shrieks and cries were distinctly heard on shore at Southend, ”and therefore were also clearly audible on the pier itself “a person named Fox, who is stated to be the master,” when asked if had heard them simply “stated it was no business of his to look after vessels in distress.” The following week a wounded Mr William Fox, pier master at Southend defended himself in the correspondence column of the paper; “Dear Sir, in your impression of Wednesday last it is stated that I said it was no business of mine to save life. This I deny, for I am at all times ready to assist to save life anywhere, and have done so. See the Morning Advertiser of February 10, 1869, giving an account how I rescued a man near the pier here from drowning by going into the sea and bringing him out.” In December 2010 the gold watch presented by a grateful Mr Roberts to Captain Henderson Smith was sold at Christies in New York for $21,250. The 18 carat gold hunter case,  two train minute, repeating grande and petite sonniere, keyless lever watch has an engraved representation of the H.M.S. Worcester to the front, and an inscription on the rear reading “Presented to Capt. Henderson Smith Comnd. R.N.R. Commanding H.M.S. Worcester by W.H. Roberts, Esq. as a token of gratitude for the gallant rescue of Himself, Mrs. Roberts & the Crew of the Yacht Bamba which became a total wreck. 10th September 1869.”

Admiral Tōgō Heihachirō Saneyoshi was Henderson Smith’s greatest pupil.  Known as the Nelson of the East, Tōgō’s most famous victory was at the Battle of Tsushma in 1905 when the Japanese navy shocked the world (and some of its own commanders) by destroying the Russian Baltic fleet. The defeat prompted the 1905 naval uprisings in Vladivostok and the Black Sea (where the crew of the battleship Potemkin mutinied) and therefore Tōgō, and indirectly his mentor Henderson Smith, played a not insignificant part in formenting the Russian Revolution.  The Admiral’s strategic skill and iron nerves were famed; a legendary story about him has his second in command at the battle of Tsushma uncontrollably nervous about the outcome of the battle with the supposedly superior Russian navy. The 57 year old admiral invited the vice-admiral to insinuate his hand into the admiral’s rather loose fitting trousers and gently take hold of his testicles. Astonished at the order he may have been but the vice admiral instantly obeyed. His nerves were immediately calmed to feel his superior’s balls still hanging loose in the scrotal sac and therefore betraying not the slightest hint of anxiety about the progress of the battle.
Tōgō spent three terms on board HMS Worcester in 1873/74. The son of a samurai, Tōgō had come to England in a shabby second hand suit (Japan at that time having no tailors capable of turning out a western suit) as one of a contingent of 12 naval cadets in 1871. He spent his first months studying mathematics at Cambridge and improving his English. He was keen to enrol at the Royal Naval College at Dartmouth but his age, 25, effectively barred him as he was considered too old. Instead he took and passed the entrance exam for the Thames Marine Officer Training School on HMS Worcester. The trainee officers of the Merchant Marine were not especially welcoming to a foreigner and called Tōgō Johnny Chinaman to his face. According to the Rev. Capel, his Cambridge Mathematics tutor, “the young samurai did not like that, and on more than one occasion he put an end to it by blows." He also found the diet and the size of his rations “I swallowed my small rations in a moment. I formed the habit of dipping my bread in my tea and eating a great deal of it, to the surprise of my English comrades." Perhaps to the astonishment of his colleagues he graduated second in class. Henderson Smith would probably have been less surprised; he took a keen interest in the young sailor and Tōgō reciprocated, remembering his former master with esteem for the rest of his life.

Forty years later the world renowned admiral returned to England as an official guest at the Coronation of George V in 1911. Whilst he was in the country he visited what was now called the Thames Nautical Training College  and HMS Worcester at his own special request and made a speech to the officers and cadets in English calling England his second home. In a signal mark of respect he donated his own personal battle flag to the college; this flag had flown from the mizzenmast of the Mikasa, the flagship of the combined battle fleet during the battle of Tsushima. After paying public homage to his alma mater he also took the opportunity to visit Highgate cemetery and pay his private respects at the graveside of Captain Henderson Smith. Tōgō was accompanied by a contingent of his junior officers and Yakamoto Sanheiko, the publisher of the famous Japanese magazine Kaizō. In his book “The Cultural Evolution of Post War Japan.” Christopher T. Keaveney says that “Yamamoto noted that Tōgō held Smith in esteem, approaching reverence, and that the admiral stood before his former teacher’s grave with head bowed for a full ten minutes.”