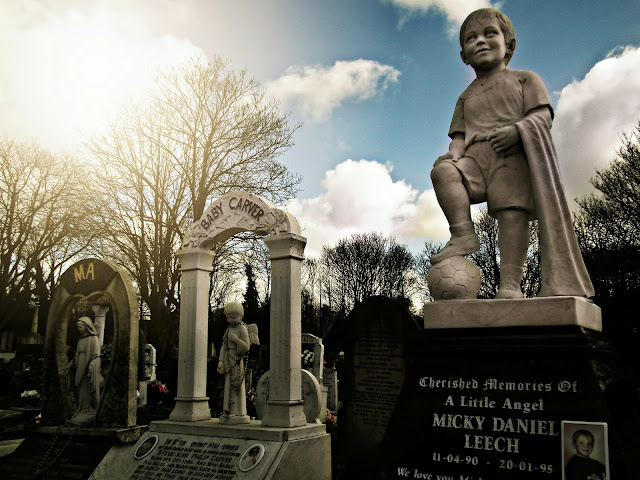 East London Cemetery opened in 1872 and until recently (when it was taken over by Dignity) continued to be owned by the original founding company – the East London Cemetery Company.  The cemetery is still very much in use and many of the best monuments are of very recent date, the impressive Vassallo memorial, Tommy Lawrence, a giant dartboard and a moving memorial of a young boy with a football. Elizabeth Stride, Jack the Ripper’s third victim is buried in the cemetery as a number of First World war German spies who were executed in the Tower of London. There is a monument to the 38 people who died the day the HMS Albion was launched at the Thames Ironworks in 1898 and the grave of one of the many families who died aboard the Princess Alice in 1878 is marked with a granite obelisk. The Alnwick Mercury of Saturday 21 September 1878 describes their funeral at the cemetery:

Sunday afternoon a concourse estimated at about 5000 persons, assembled in the vicinity of the East London Cemetery, Plaistow, to witness the interment of a family of five, who perished by the recent calamity on the Thames. They were: Mr. George Davies. 41 years of age, Limehouse; Elizabeth Davies, his wife, aged 51; and George, 17; Thomas, 13; and Emily, 12, sons and daughters. The bodies were taken to their last resting place in five hearses, and were accompanied by between twenty and thirty mourning coaches and private carriages, which conveyed, in addition to the relatives of the deceased, many members of the Masonic body, to which Mr. Davies belonged. Flags floated half-mast high on Limehouse and Stepney steeples, and on other buildings, and various other places on tbe route manifestations of sympathy were displayed, the procession being joined by many who accompanied on foot. The entrance to the cemetery was kept by mounted police, and only those Immediately concerned were admitted within the grounds during the reading the Burial Service, which was performed by the rector of Limehouse. the conclusion the public were allowed to view the vault in which the unfortunate family was interred.
Impressive semi-public funerals for the victims of disasters were a feature of East End life in the late 19th and early 20 th centuries. Not everyone who attended these events behaved with the decorum one would expect. At the funeral of a family killed in a house fire in Bethnal Green a pickpocket was arrested according to the Chelmsford Chronicle  of Friday 07 January 1898:

On Tuesday  John Scott, 22, a costermonger, was charged with stealing a purse containing three farthings, in the East London cemetery, Plaistow.—W hen the victims of the Bethnal Green fire were being Interred Constable Hartridge, 533K, was on duty in plain clothes. He saw the prisoner and others acting suspiciously. Scott put his hand under a Mrs. Tilley’s cape, and turned sharply away. Having ascertained that Mrs. Tilley had lost her purse, the constable followed the prisoner, who threw the purse over a fence.—Remanded for a week.
Flowers left on graves were sometimes a temptation for people in straitened circumstances:

On Monday, at West Ham, Mary Barber, 77, lodging 86 Whitwell Road Plaistow, was charged with stealing some flowers and wreath ribbon, from a grave the East London Cemetery at Plaistow. It was stated that when told she would be charged, the old lady said,  “You can do what you like with me. You can cook me and eat me, but you'll find me deuced tough!"  The defendant was said have only 5 shillings a week from the parish for her support. Asked if she would go to the Workhouse, the old lady said she would sooner not, but eventually she consented to go, and was then discharged with a caution.  (Chelmsford Chronicle - Friday 26 August 1904)

Ann Amelia Rogers, 21, of 17, Church-street, Poplar; Winifred Hutchins, 27, same address; and Amelia Gamble, 38, all married women, were charged with being concerned in wilfully damaging a grave at the East London Cemetery, Plaistow, by destroying roses thereon to the amount of 2s., on the 30th ult. The prisoners were seen by the grave- diggers and two ladies to go to one of the graves and pluck six roses from a rose tree growing thereon and destroy the tree. Three of the roses they placed upon the grave of a friend of the prisoner Rogers;  each carried one away in her breast. Mr. Phillips remarked that it was a mean and despicable theft; anything more despicable he could not imagine. He fined each defendant 10s., and 5s. costs.
﻿ 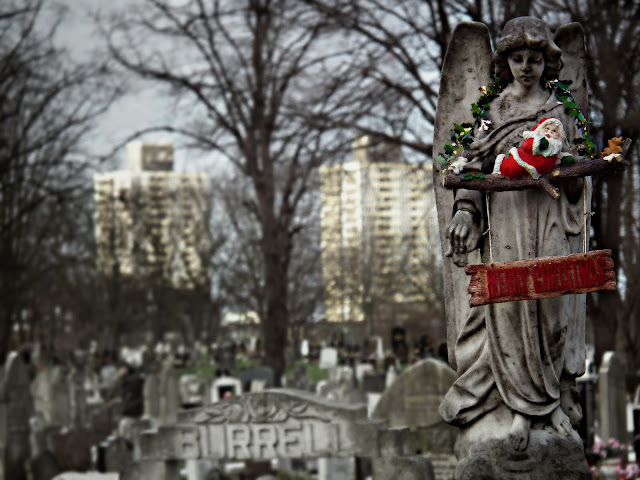