In Old St Pancras churchyard Captain John Mill’s broken headstone stands carefully propped up against another monument, quite possibly at some distance from where he was originally buried. No doubt the words “survivor of the Black Hole of Calcutta” chiselled into his memorial stone are what stopped it being thrown away when the churchyard was tidied up. The top half of the headstone, which was almost certainly dedicated to his wife Isabella, is nowhere to be seen. Her name would have meant nothing when unwanted stones and memorials were being cleared away and she is either stacked against a wall somewhere or being used as infill on the railway embankments that cut through the churchyard towards Kings Cross station. 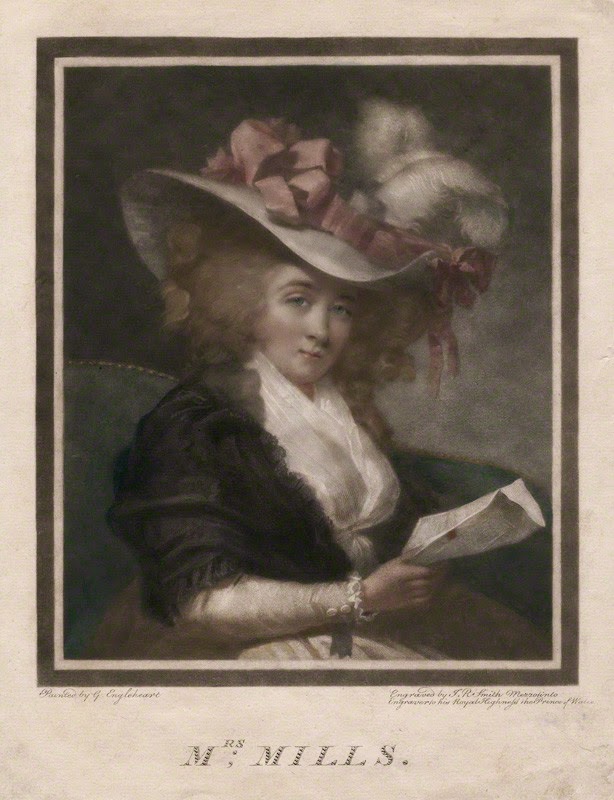 Isabella Burchell was born in Surrey in 1735. A story, probably put about by Jonathan Tyers himself, says that as a young girl she worked as a milkmaid at Denbies, the Tyer’s estate. Her first audience were the lactating cows she milked but Tyers heard her singing and recognised her talent immediately. With only the most perfunctory formal training he put her, at the age of 16, on the stage at Vauxhall Gardens to sing ‘Young Colin was the bonniest Swain.’ She worked at Vauxhall for nine years and became a popular attraction. In 1755 she married the oboist Richard Vincent at St Paul’s Covent Garden. They had three daughters, Elizabeth who was born in 1757, Sophia who was baptized on 20 February and buried on 3 March 1760 and Penelope Luisa, baptised in May and buried in September 1763.  In 1760 Garrick coaxed her from Tyers and Vauxhall to the Drury Lane Theatre to play the part of Polly Peachum in ‘The Beggers Opera.’ During the rest of her career she tried to branch out into acting, not always successfully. On a production of ‘The Midsummer Night’s Dream’ for Garrick in 1763 she played Helena. The prompter wrote in his diary “Upon the whole, never was anything so murder’d in the speaking. Mr W Palmer and Mrs Vincent were beyond description bad…” Perhaps grief for her most recently dead baby affected her performance. In August 1766 her first husband died and in October the following year she married again at the Chapel Royal in the Savoy, quitting the stage to be the wife of Captain John Mills of the East India Company. She spent several years in India with Captain Mill’s – a “Letter from Bengal” published by a correspondent to several newspapers in July 1773 places her there at a charitable performance of ‘Macbeth’ in December 1772; “Mrs Mills, formerly Mrs Vincent who charmed the London audiences with her harmonious powers  and the opinion of all who heard her formerly, retains the same enchanting voice which distinguished her so much at Vauxhall and Drury-Lane theatre.” We are not sure when the Mills returned to England but Isabella died on 9 June 1802 aged 67 at the family home in Hampstead Road.


Captain Mills is remembered for being incarcerated in the Black Hole of Calcutta, a controversial incident of 1756 where troops of the Nawab of Bengal, Siraj ud-Daulah, allegedly placed 146 British and Anglo-Indian prisoners overnight in conditions so cramped that 123 of them died. John Zephaniah Holwell, later Governor of Bengal, was included amongst the prisoners. According to John Lang in his book on Clive “In the morning, it was thought that Mr. Holwell's influence might still have some effect in getting the guard to open the door. But Mr. Holwell, though alive, was now unconscious. He was carried towards a window, so that the air there, being less foul, might revive him. But each man near the window refused to give up his place, for that meant possibly giving up also his life. Only one, Captain Mills, was brave enough, unselfish enough, to give way to Mr. Howell.” Captain Mills later wrote his own account of the incident. 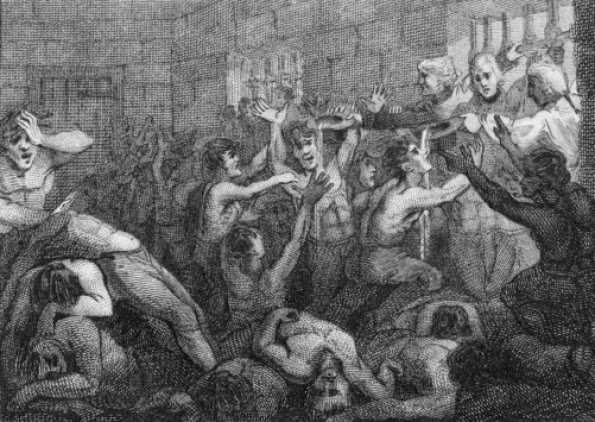 Captain Mills died on 29 July 1811. His obituary in the Scots Magazine:


Mr Mills had been in the civil service of the East India Company who with their usual liberality finding that his situation was not calculated to give comfort to his advanced age upon the application of hi friends two or three years ago allowed him an annuity which he had the agreeable surprise of finding had been granted tu him without previously knowing that any application had been made for it The humanity of this gentleman in relinquishing his situation next the window in the fatal dungeon above mentioned to Mr Holwell though with the probable danger of immediate death it recorded by Mr Orme in his account of our military operations in India.”
Posted by David Bingham at 05:39