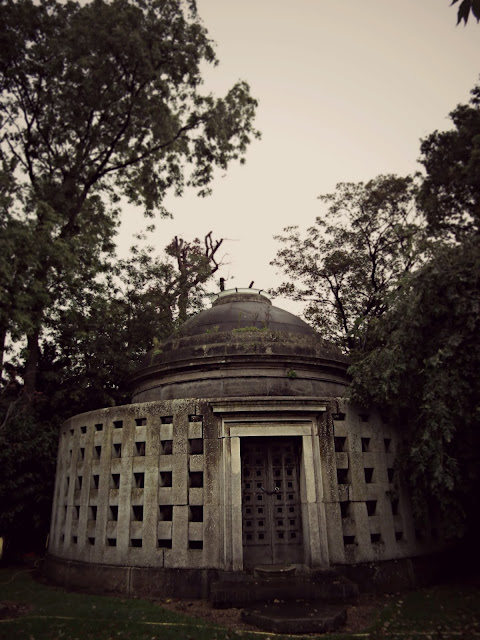 This is an extraordinary building; a latticed wall encircles a central domed structure, originally designed, like the Pantheon, to be open to the sky. The intention was for the space between the outer and inner walls to be planted with roses. Inside, two alabaster cinerary urns stand on a pedestal opposite the doorway. In front of this, in the centre of the floor, is an ‘inverted dome’ to catch the rainwater (no longer needed now that the dome is glazed) and, round the wall a walkway and bench.
Architect
Sir Edwin Lutyens
Listing
Grade II (England and Wales)
Year Built
1914


http://www.mmtrust.org.uk/mausolea/view/211/Philipson_Mausoleum
The Philipson Mausoleum (one of only two in the garden of rest at Golders Green Crematorium) was built by Ralph Hilton Philipson (1862-1928) for himself and his wife, Florence (1876-1914). Clearly viewable through the door their ashes stand side by side on a pedestal inside the mausoleum, contained in two rose coloured alabaster urns which seem to be wrapped in Clingfilm.

Ralph Philipson was born in Newcastle and was the eldest son of a coal magnate. He was educated at Eton and Oxford and trained as a barrister at Lincoln’s Inn but I could find no evidence that he ever practiced. He was a sportsman, an amateur cricketer (though not of the same calibre as his younger brother Hylton who was England’s second wicket keeper during the 1891/2 and 1894/5 Australian test tours) and tennis player and he was a lover and patron of the arts. He married Florence Woodward, a Californian heiress, in New York 1908 after meeting her the previous year aboard a ship, presumably travelling between Europe and the States. 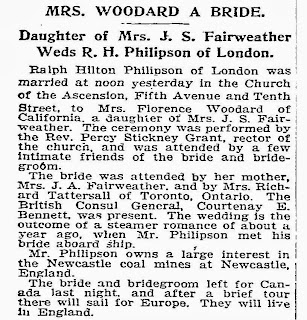 After a honeymoon in Canada the couple returned to London where Ralph had been living in Mayfair in the parish of St George, Hanover Square. They later moved north of Oxford Street and close to Regents Park, to 74 Portland Place where Ralph took out a 21 year lease on an apartment (and where he later spent £5000 on wood paneling for four of the rooms, an enormous sum then). There were no children. The marriage lasted only 6 years because in January 1914, at the age of 36, Florence died. Ralph must have been grief stricken – even for a wealthy man the mausoleum he commissioned is ostentatious and his shock at losing his relatively young wife must have influenced the decision to build not only a lasting memorial but a place where he would eventually join her. Edwin Luytens was already a well known architect when Ralph asked him to design the mausoleum; his services would not have come cheap.

In 1922 Ralph married again, to Maya Stuart King, the widow of Baron Knoop, a Russian textile millionaire and collector of musical instruments (he owned 4 Stradivari’s). Maya was of Hungarian descent and had a romantic and artistic temperament. She ran away from home at the age of 18 to search for her godmother, a German princess and met Baron Knoop when she was playing the violin in the salons of Vienna. The Baron was considerably older than her and very possessive but young women wear out old men quickly and he died in 1918 leaving her comfortably off as long as she did not remarry (old men’s jealousy lasts longer than life it seems – Maya had a very special friendship with the writer Algernon Blackwood which might have stoked the Baron’s distrust). Maya was 47 and Ralph 61 when they married. When in London they lived at Portland Place but Ralph bought Encombe House in Sandgate, Kent and this is where they seem to have spent most of their time. He employed the architect Basil Ionides to completely remodel the house as an Italian renaissance cum art deco villa. In December 1928 Ralph contracted a severe case of food poisoning and died. He had apparently left instructions for his body to be cremated and his ashes placed with his first wife’s in the Mausoleum in at Golders Green.

Maya lived on until 1945 and Derek St Clair-Stannard gives an account of her at Encombe in her later years:

“Once Encombe nestled beneath the wooded escarpment of Shorncliffe in, but not of, Sandgate. I used to go there most days of the school holidays - I was only 10 or 11. I was welcome as a "playmate" to Mrs Philipson’s adopted girls, Betty and Barbara. We called her "Winky". She never got over her husband’s death and wore widow’s weeds for the rest of her life. She organised Easter egg hunts, games of tennis and rounders. She let us use the little thatched changing-rooms on the Esplanade from which we went bathing and maybe searching rock pools for crabs at low tide. We enjoyed a never-ending round of amusements.”


I can’t find out what happened to Maya after she died, she certainly did not join Ralph and Florence in a Golders Green ménage à trois. If she missed Ralph enough to remain in widows weeds for the rest of her life it must have hurt her to place Ralph’s urn next to Florence’s in the mausoleum. 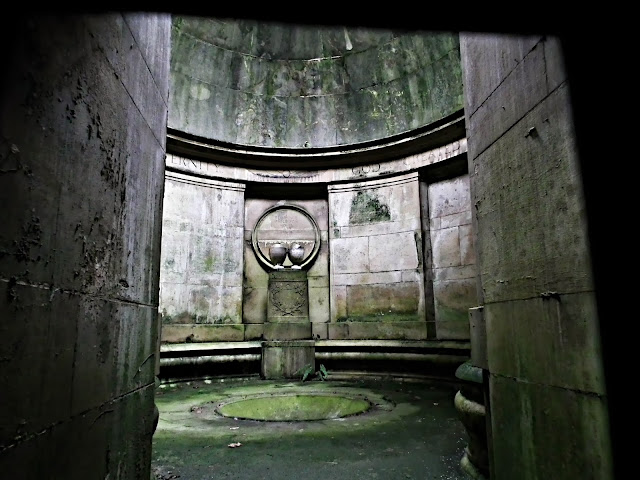 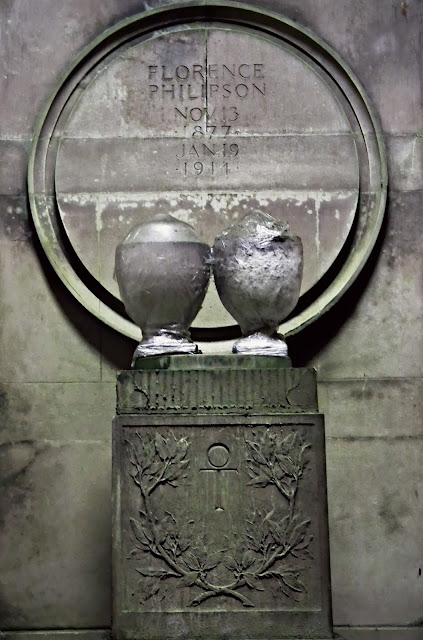 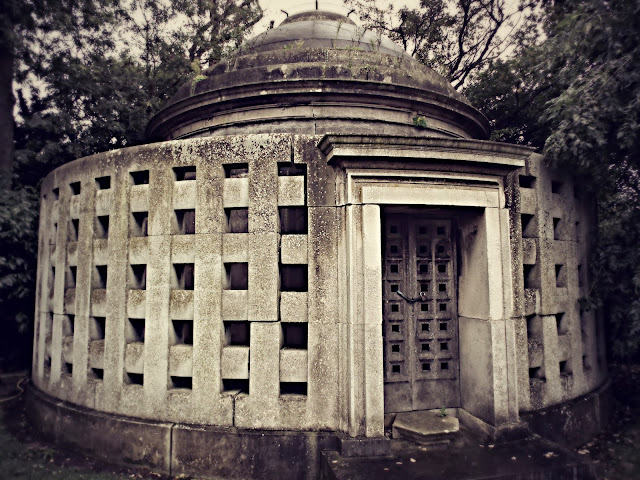