There can't be many situations as difficult to deal with as the death of a child. High rates of child mortality into the early 20th century meant that in the past it was a much more common experience than it is today and one that parents had to go through more than once. Luckily today child deaths are exceptional and tragic events but that perhaps makes them all the harder to deal with. Memorials to these brief lives are often the most poignant to be found in any cemetery. 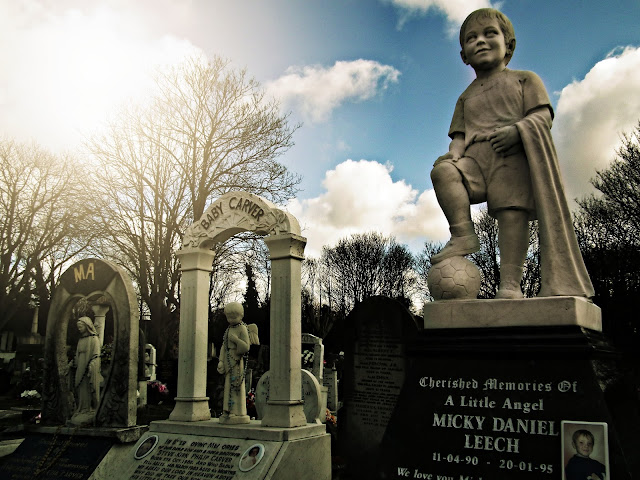 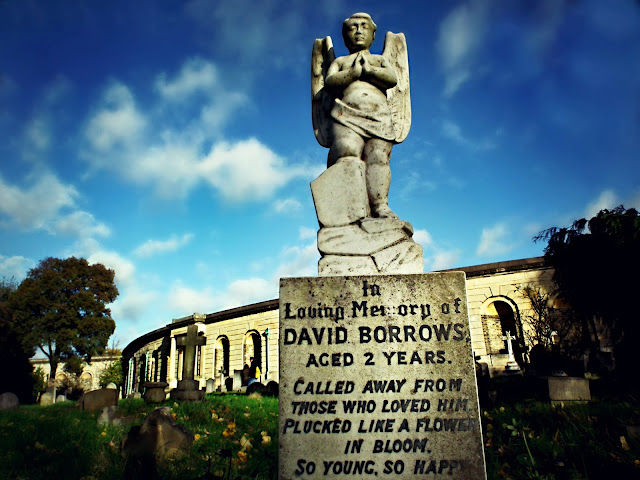 To the west of the catacombs at Brompton Cemetery lies a patch of ground dedicated to the graves of children. Interments date back to the 1830's but burials are still being carried out.

David Borrow aged 2 years "called away from those who loved him, plucked like a flower in bloom, so young so happy."﻿


Another one in Brompton Cemetery.
In Loving Memory of Christopher J Cooke
Who fell asleep 4th September 1943
Aged 3 months
Our darling baby we used to kiss
Once we nursed him but now sadly miss

﻿
Brompton again - this 1960's angel has probably been bleached of its original colour by sun and rain.
God sent this treasure for a while to charm us with her love
then gently took our darling one to dwell with him above
In ever loving memory of our darling -Susan- who died 22nd Sept 1964 aged 8 months 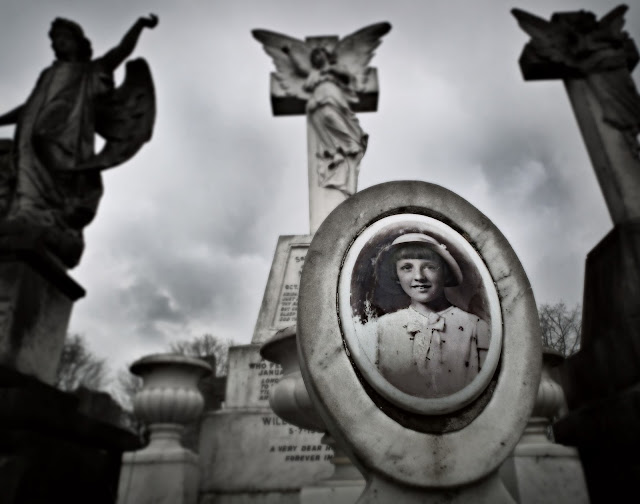 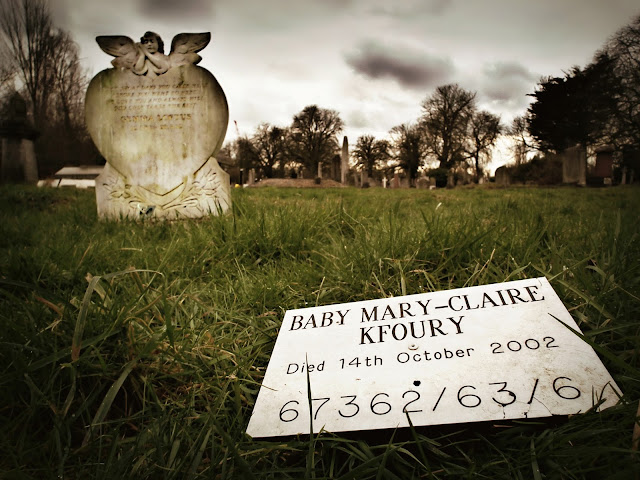 This is a temporary grave marker at Kensal Green cemetery. Some parents never feel up to providing a permanent grave marker. 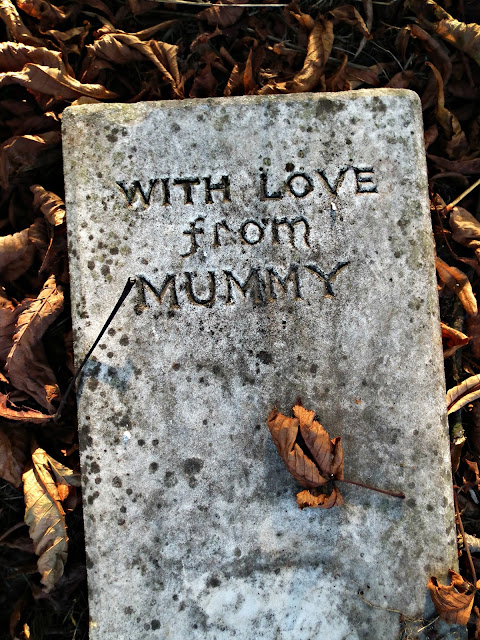 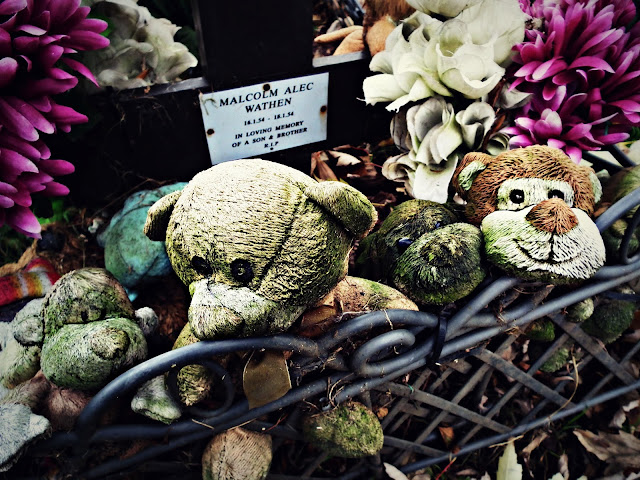 This is one of the most heart breaking children's graves that I have seen. When I took this photo in 2013 the 'temporary' grave with a simple black wooden cross, 6 inch high plastic fencing and some rather weathered soft toys looked like it hadn't been touched for a couple of years. But look when Malcolm, who only lived for two days, died. 1954. That means Malcolm's mother (because surely it could only have been his mother) had been returning to and tending her two day old baby son's grave for almost 60 years. She must have been in her 80's and still thinking about and grieving for her child dead for six decades.