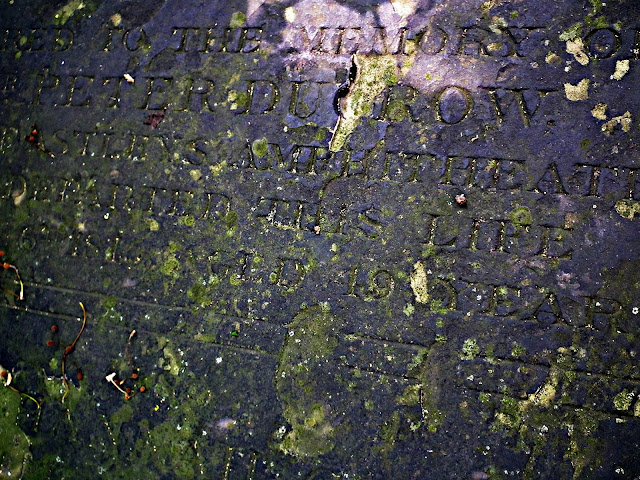 THE BENEFIT OF MR Ducrow & FAMILY ON THURSDAY Evening, Oct. 23rd 1806. MR DUCROW begs leave to inform friends and the public, that he has, at considerable expense  prepared an entire CHANGE OF PERFORMANCES ; in particular, Mr Ducrow will, for that night only go through the same Performance as exhibited before his MAJESTY AND THE ROYAL FAMILY at the Fete that was given at Frogmore, near Windsor in the year 1801.—SLACK WIRE DANCING, in full swing, by Mr Ducrow, who will carry several surprising Balances of plates, swords, drinking glasses, &c. and will display several astonishing feats with oranges and forks, assisted by the INFANT of HOPE—POLANDER’S EQUILIBRIUM, with the extraordinary performance of the Serpentine Ladder, by Master Ducrow.  A NEW DANCE, composed by Mr D’Egville, in which Master Ducrow will make his first appearance—THE KINGS POST; or, The Ruins of TROY. Master Ducrow will perform on the TIGHT ROPE, several surprising NEW FEATS, without the balance pole, and likewise on the Horse —The FLEMISH HERCULES will, for this night only, Carry a Stage with TWELVE PERSONS on his Hands and Feet.  The whole to conclude with a Grand New HARLEQUIN PANTOMIME.
N. B. In consequence of the great variety of entertainment' that will performed on that night, the doors will open at half-past five, and the performance begin at half-past six. Tickets to be had of Mr Ducrow, No. 6, Minshul  Street; Sir Sidney Smith, Port street; Mr Cowdroy’s Printing Office; and at the Circus.
Manchester Mercury - Tuesday 21 October 1806


The Flemish Hercules was a versatile performer.  The mainstay of his act, as you would expect of someone named after the son of Jupiter and Alcmene, was circus strong man.  To the astonishment of audiences up and down the country, he lifted and balanced an extraordinary array of heavy props on his hands and feet;  coach wheels, ladders, chairs, children and adults.  He was also a celebrated equilibrist on the slack wire, “in which performance he stands unrivalled in this or any other Kingdom,” according to the Manchester Mercury in 1799. Here his props were a less hefty selection of glasses, swords, plates and other objects either sharp or breakable. The act also included “remarkable feats with oranges and forks.” He could also perform no less remarkable feats on the trampoline, as the Manchester Mercury promised in 1799 when for “that night only, he will go through those wonderful Leaps from the trampoline, in particular, one over Eighteen Grenadiers, with shouldered firelocks and fixed bayonets; also through a Real Fire, and will fly over a grand Pyramid of Light.” When required he passed muster in small parts in ‘dramatic spectacles’ such as “Blackbeard or The Pirate” in which he played the slave Abdallah in London and Manchester.  Later in his career he became noted as a circus equestrian, a role in which his eldest son Andrew Ducrow would eventually eclipse him.


Peter Ducrow was born in Bruges in 1765. He must have begun to acquire his impressive range of circus skills in Belgium but we know nothing of his early career on the continent. We don’t know exactly when he came to England but in 1788 he married Margaret Ross in St Mary’s Walworth. His first recorded performance dates from 1792 in Thomas Franklin’s show at the Royal Circus in Southwark but in all likelihood he was pursuing his career in less well publicised venues long before then. The first of his seven children (2 boys, 5 girls), Andrew was born in 1793 at the Nags Head, a stone’s throw away from the Royal Circus. In the 1790’s he performed in Edinburgh, Glasgow, Manchester, Liverpool, Dublin as well as The Royal Circus and Astley’s Amphitheatre in London. In October 1797 he appeared to great acclaim at the Teatro Nacional de São Carlos in Lisbon accompanied by the Infant Hercules, the barely four year old Andrew. Thereafter playbills and advertisements often referred to him as ‘Ducrow from Portugal’ or ‘from the Theatre Royal, Lisbon.’ In the summer of 1800 his career received an even bigger boost when he was chosen to perform at a ‘rustic fete’ held by the Royal Family at Frogmore. One newspaper account described Princess Augusta Sophia’s tour of the fete with her retinue:


The Princess then conduced her company to a space of ground near the Hermit's cell, where was erected a stage, on which Mr. Ducrow, the Flemish Hercules, exhibited his inimitable performances on the slack wire; and afterwards on the stage his extraordinary feats of strength, such as balancing three large coach wheels, also a ladder to which were affixed two chairs with two children on them, and bearing on his hands and feet a table in the form of a pyramid, with eight persons on different parts of its surface and other like exploits finished this part of the entertainment.
Chester Courant - Tuesday 22 July 1800


He was also favoured with the personal attentions of King George III who quizzed him about the size of his muscles and was told that they were one fifth larger than those of men who were heavier and taller than him. Disaster almost struck when the stage collapsed under the weight of Ducrow’s apparatus and stage company. The story is told in Andrew Ducrow’s biography; “...at the fete of Frogmore where (he) his father and brother were engaged: a stage was erected for the exhibition, and in consequence of the weight upon it by some of Mr. D.’s fetes (feats) part of the stage broke in and our hero’s little brother fell through. His Majesty instantly rose and came in person to see if the little fellow was hurt. On being answered with the utmost simplicity by the child . . . the King asked him several questions....” To Peter’s embarrassment the young Andrew addressed the King as Mister but when he tried to intervene the King told him the title of Mister was good enough for him until the stage was mended.

Even in the early 1800’s when the brutal treatment of children was both common and generally accepted, Peter Ducrow’s parenting aroused controversy. Andrew as the oldest and the most talented bore the brunt of his father’s harsh training regime, being made to work up to 16 hours a day from a very early age. To teach his son the slack wire Peter’s method was to balance him on the rope and then warn to stay there or “be ‘leathered”.  When the youngster was appearing in Bath he fell from the horse. Peter dashed into the ring and to the delight of the crowd tenderly collected his son and took him backstage where his broken leg apparently caused to shout out in pain. In reality his furious father was laying about him with a horsewhip for being so careless as to put himself out of action. At another occasion Joseph Grimaldi the clown had to intervene when Peter was thrashing his son. “It’s best to make an impression when the wax is soft,” Peter told Grimaldi. “Yes, but the whacks were not soft,” rejoined Grimaldi.  As Andrew grew older Peter performed less often and gradually assumed the role of his sons manager.  As his son’s extraordinary talents developed Peter grew more ambitious and more determined to reap as much benefit from him as he could. He hired the Surrey theatre to showcase his son’s equestrian act and ended up overreaching himself and becoming bankrupt. He died in the long cold winter of 1814/15, on 6 January and was buried in the churchyard of St Mary-at-Lambeth.