You in tyme shalbe even duste as we are now; Percival and Agnes Smalpace (died 1568/1588), St Bartholomew the Great, Smithfield 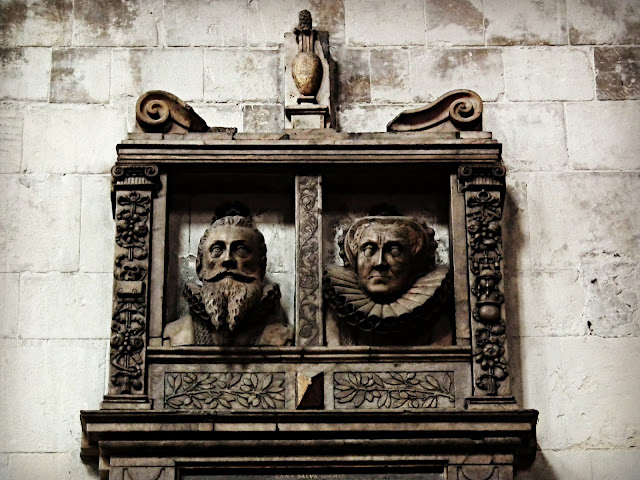 “On the south wall opposite Sir Robert Chamberlayne's is a curious monument of brown marble coloured black. It was erected by their children to Percival Smalpace and his wife in the year 1588. Their heads, in the style of Queen Elizabeth's reign, project from square compartments in the upper part.

During the reign of Queen Mary the Priory buildings had for a short time been occupied by the Dominicans, and Percival Smalpace had perhaps heard the exhortations of monks in black cloaks and white tunics from a seat just below the place whence he has for three hundred years seemed to stretch forward his head in impartial attention to every kind of sermon; to loyalty, as in the year just past, of Her Majesty's happy Jubilee; to treason sometimes, as on February 5th, 1645, when £1 12s. 4d. was collected for the army of the Parliament; to charity of all kinds, often; to forcible exposition; to dullness and obscurity; to brevity; to prolixity; to words which, had no effect; and to words which sent men away better than they came, and which may have continued to bear the plentiful harvest of good seed through several generations.

The inscription, after a quotation from the Latin Bible (Ecclesiasticu's xiv, 12) and some other texts, states that Percival Smalpace, Esquire, died September 2, 1568, in the reign of Queen Elizabeth, and is buried hard by, and that Agnes his wife, and daughter of John Tewbold, Esquire, died September 3, 1588.  They had two children, Michael and Thomas, by whom this monument was erected. Two English lines are curiously mixed with the Latin........


Behowlde youreselves by us, suche once were we as you
And you in tyme shalbe even duste as we are now.”

Norman Moore MD, Fellow of the Royal College of Physicians, Warden of the College of St. Bartholomew’s Hospital and Assistant Physician to the Hospital,
“The Church of St Bartholomew the Great, West Smithfield.” 1888 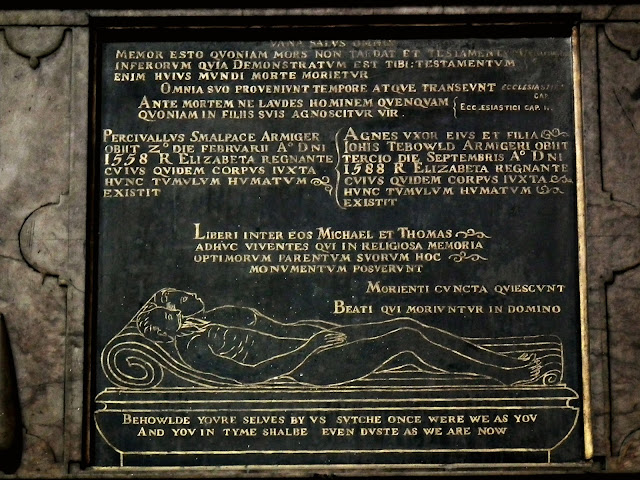 Percival Smalpace was a minor courtier, one of the clerks to the Board of Green Cloth, a board of officials named after the green baize cloth at which they worked. Their function was to audit the accounts of the Royal Household, made arrangements for Royal travel and to sit as a court judging offences committed within the precincts of the Royal palaces. The monument was originally on the south wall of the presbytery but was moved to a more prominent position in the quire in 1867. It was restored by a descendent Mr. Gilbert J. Smallpiece in 1897.  The image of the couple lying naked and dead etched onto the slate panel is unique. 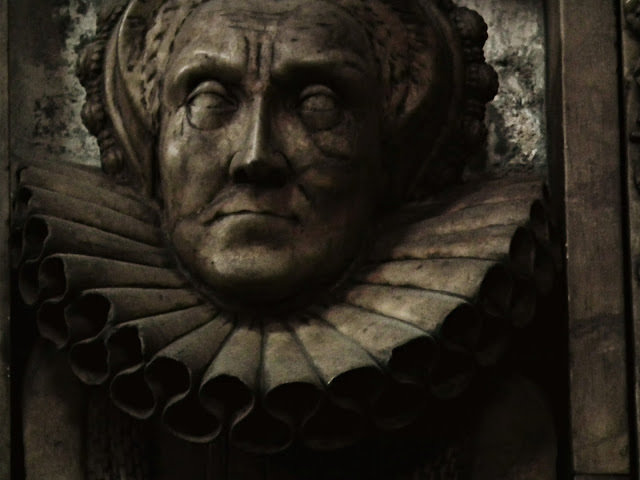 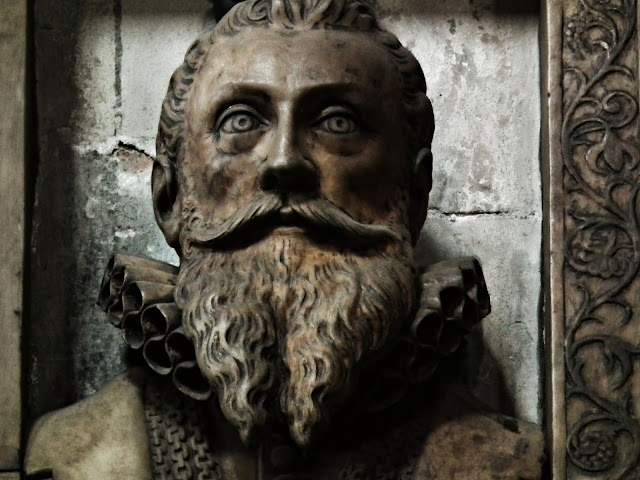 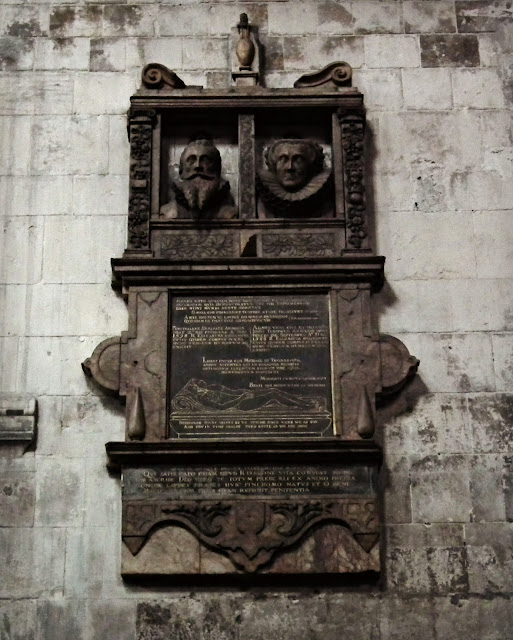