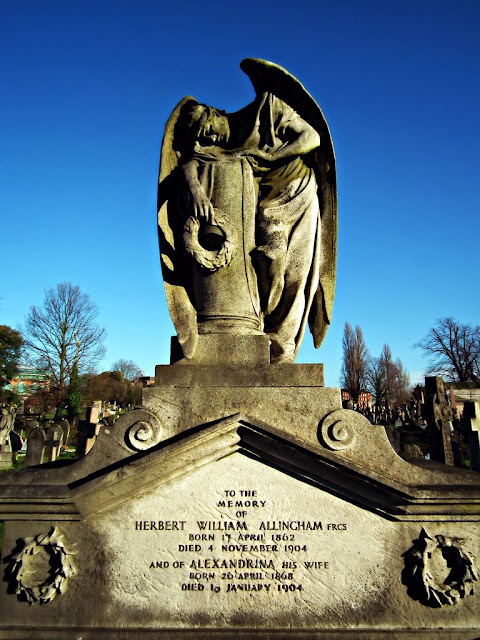 The interesting detail on Herbert William Allingham’s memorial is the figure of his German wife, Fraülein Alexandrina Von der Osten,  reclining on a large cushion, clutching a bunch of lilies in her right arm, a loyal lap dog laying on her left, apparently on her death bed. She died in January 1904 after being an invalid for several years. Her husband died barely ten months later in November, committing suicide in a hotel room in Marseille at the age of 42. 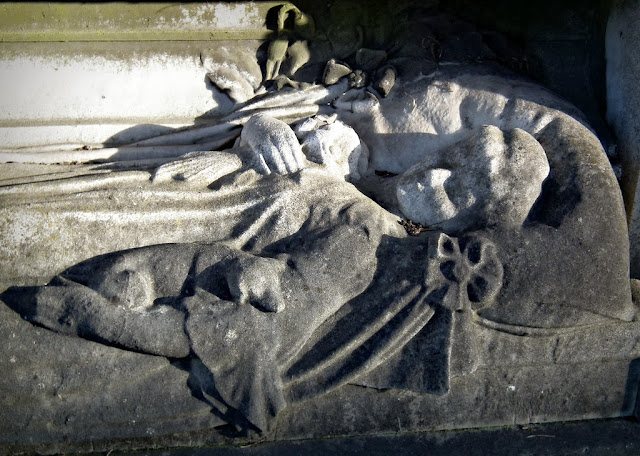 Allingham was a talented surgeon and teacher who trained at St George’s Hospital (long before it moved to Tooting, when it was still at Hyde Park), went on to work at St Marks and the Great Northern Hospitals before returning to St George’s as Elected Assistant Surgeon. He was also Surgeon to the Household of King Edward VII and Surgeon in Ordinary to the Prince of Wales (later King George V).  As well as practicing and teaching he wrote several well regarded books and articles on surgical procedures. In its obituary the British Medical Journal said that “he had, in an exceptional degree, the qualities most important for a successful operator. He was always perfectly cool, quick to decide, and extraordinarily quick to carry out.” In 1903 he was operating on a ‘puzzling rectal condition’ when he gashed open his thumb. The mysteriousness rectal condition soon explained itself when the patient developed the unmistakable symptoms of syphilis. Much to Allingham’s disgust he developed the same symptoms a few days later. 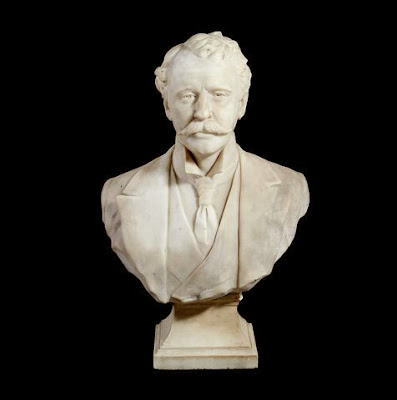 When his beloved wife died early the following year Allingham’s grief gradually froze  into apparently incurable depression. In November, heartbroken and syphilitic the doctor set off on a long holiday to Egypt in a forlorn attempt to cheer himself up. In Marseille he succumbed to despair after an evening of enforced jollity dining with friends at the Hotel du Louvre. Alone he returned to his room to compose a letter of apology to the hotel manager for any inconvenience caused by using his establishment as a place to die before injecting himself with a fatal overdose of morphine. His body was found next morning by the hotel staff.

Posted by David Bingham at 06:34 No comments: 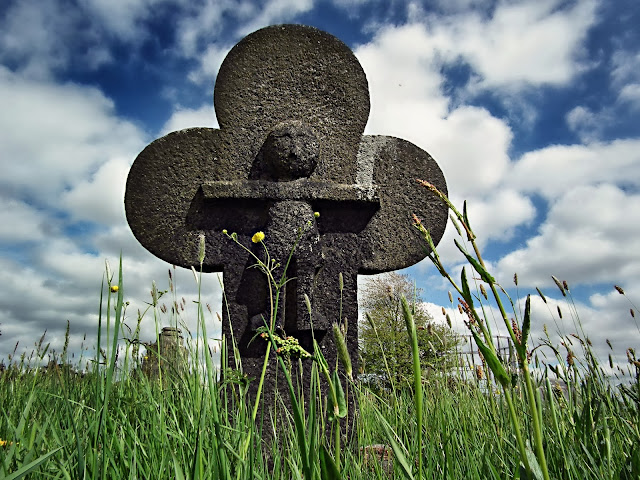 Posted by David Bingham at 15:23 No comments: 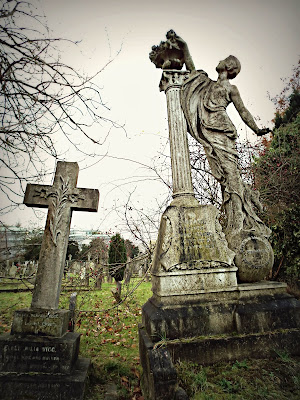 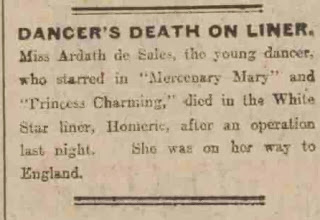 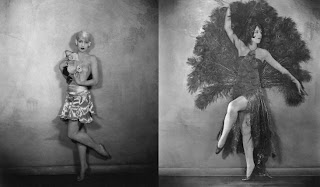 Posted by David Bingham at 06:40 No comments:

The skeleton of Caroline Crachami, the Sicilian Fairy, in the Hunterian Museum,

John Hunter’s apprentice, William Clift, took over the role of curator for the collection when the great surgeon died. He was responsible for acquiring the skeleton of Caroline Crachami, otherwise known as the Sicilian Dwarf or the Sicilian Fairy. In the Donations Books he scrupulously kept to record his acquisitions for the museum on Monday 7June 1824 he numbered her entry as 1217 and carefully noted “The body of Miss, or Mademoiselle, Crachami, the Sicilain dwarf, who died on Friday last, 4 June. 22½ inches high, weighing, by guess, between five and six pounds. Aged near nine years; born at Palermo (said to be born the day after the Battle of Waterloo, consequently the 19 June 1815-making her, if true, nine years wanting 15 days)”.  The body was presented, with almost indecent haste it has to be said (died on Friday, a specimen by Monday) by John Hunter’s brother in law, the surgeon Sir Everard Home. 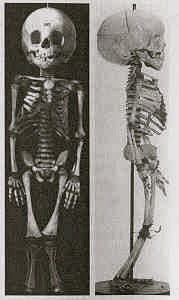 Little is known for certain about poor Caroline Crachami. Her parents were Italian, her father Lewis Fogel Crachami a musician. The couple already had three children, all of them normal, when Caroline was born weighing one pound and only seven inches long. Her deformity was immediately put down to a prepartum shock sustained by the mother when the Crachami’s were attached to the Duke of Wellington’s baggage column in Flanders. She had woken terrified when a monkey, hiding in her tent from a squall, sank his incisors into her hand; darkness, thunder, lightning, pain  and  primate combining to provide a shock sufficient to deform a foetus. Caroline was delicate and difficult to rear according to her family but she successfully avoided succumbing to infant mortality and eventually accompanied her family to Ireland where her father had obtained a position in the orchestra of the Theatre Royal, Dublin. In 1823 Caroline had become seriously ill, possibly with consumption. A physician consulted by the family, Dr Gilligan, had advised that the Irish climate was not conducive to her recovery and offered to take her to England or the continent at his own expense. He requested permission from the Crachami’s to exhibit their daughter in the interests of scientific enquiry of course, not with the intention of making any money. Dr Gilligan arrived in London with Caroline in May 1824 and immediately placed her on exhibition at Duke Street, St James. She was an instant success and received up to 200 paying visitors a day, newspapers printed notices about her appearances and she was even presented at court. But her career was very short, in less than a month she was dead. Fogel Crachami learned of his daughters death from the pages of the Cork Inquirer and immediately set off to London. At Duke Street Fogel found that Dr Gilligan had already fled owing his landlord £25. His daughters possessions, apart from her bed and a suit of clothes made for her presentation at court, had also disappeared. Fogel was told that Dr Gilligan had boasted that members of the College of Surgeons had offered £500 for Caroline’s corpse if she died “for the purposes of dissection and the use of the College to put amongst their collection of extraordinary instances of the whims and freaks of nature.”

Fogel applied to a Magistrate for assistance who advised him to approach the parish authorities to see if an inquest had been requested. When he failed to learn anything from the parish he took himself around the hospitals and schools of anatomy and at Joshua Brooke’s school in Great Marlborough Street he discovered that Dr Gilligan had offered his daughters body for dissection for a hundred guineas. The offer had been refused. Fogel carried on his search until chance brought him to Sir Everard Home’s house in Sackville Street. A servant announcing the Sicilian told the eminent surgeonhim that he had a visitor come about the dwarf child and not realising that Fogel was the father Sir Everard said “Oh, you have come from Gilligan about the dwarf. The surgeons have not yet held a meeting therefore I can’t say what sum will be voted to him.” Dr Gilligan had called on Sir Everard a few days earlier desperate to relieve himself of Caroline’s corpse and offering to sell it for a relatively small sum. Sir Everard refused to purchase but said that if he presented it to the College’s museum the Surgeons might vote him a sum of money. With no other alternative Dr Gilligan abandoned the corpse to Sir Everard and said he would be back in a few days to find out if there was any money for him. Fogel begged to see his daughters body. Sir Everard wrote him out a permit for the museum and telling him to present it to William Clift sent him on his way with a £10 note. By the time Fogel arrived at the museum Clift had already completely dissected Caroline  and there was nothing for the grieving father to see except the stripped skeleton. It must have been a very difficult interview.
Caroline is still on show at the Hunterian Museum along with a death mask, a ‘very unlike’ portrait, her shoes, the clothes she was wearing when she died and a tiny ring. She is now considered to have suffered from  Seckel syndrome, a form of microcephalic primordial dwarfism. Recent investigations of her skeletal remains suggest that she may have closer to 3 years old than the 9 that were claimed for her at the time of her death. 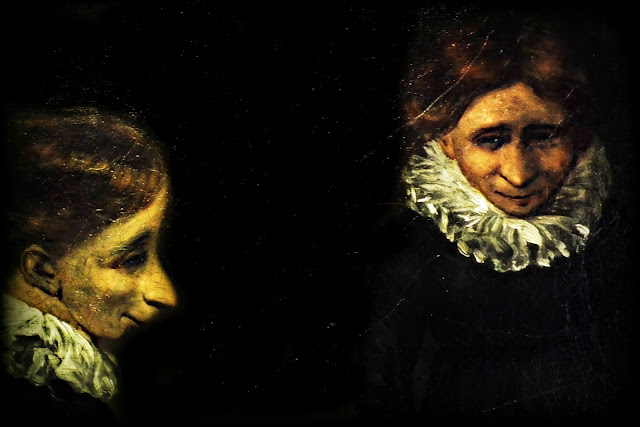 Links
The Story of Caroline Crachami - the Sicilian Dwarf by Jesse Dobson BA MSc
Posted by David Bingham at 15:21 No comments: Posted by David Bingham at 15:11 No comments: